After looking over our weekend sales round-up, it occurred to us that we always feature hardware, but that's only half of what this site is about. In light of this, we're going to start featuring games that are currently on unbeatable sales. Some of these will be newer games getting major sales for the first time, others will be older games with great deals that we want to let people know about. One of the major pushes of this is to find deals that are going to be out for a bit, so daily deals will typically not be listed. Let us know what you think of this feature and if there are specific games or genres you want us to keep an eye on. As usual, keep glued to our YouTube, facebook, and Twitter accounts for reviews, sales, and build tips as we release them.

This week, we're featuring Assassin's Creed IV: Black Flag for $15, Wolfenstein: The New Order at $30, The Banner Saga for $10, and Sid Meier's Civilization V at only $10.

NVidia recently announced its (re-)commitment to shipping with Assassin's Creed IV: Black Flag, noting that the game will now be included for free with purchases of GeForce GTX 660 or higher SKU video cards. 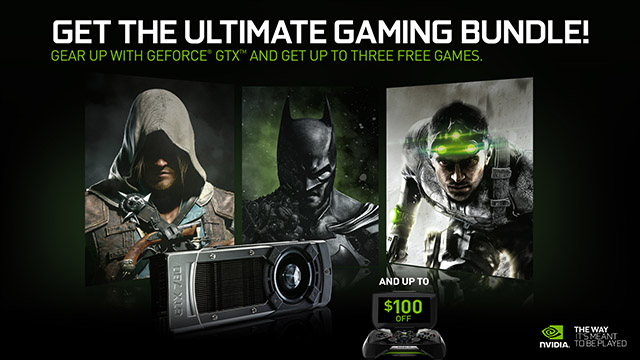