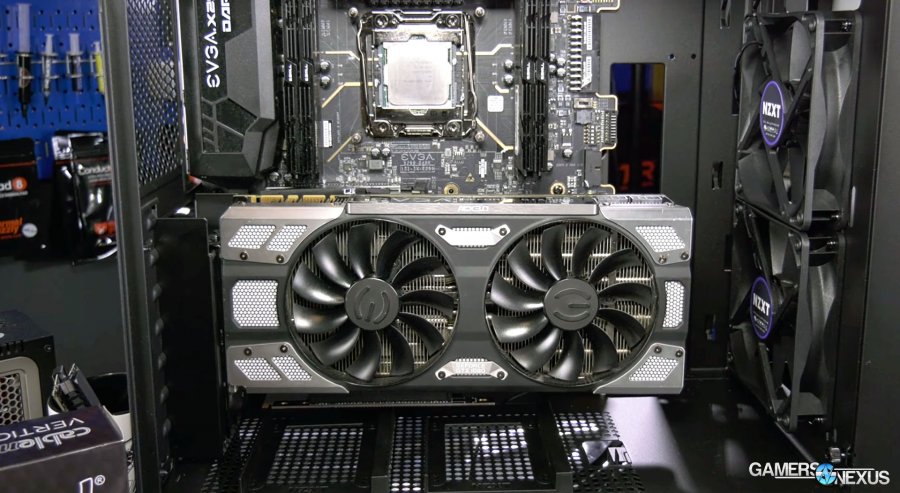 One of our Computex advertisers was CableMod, who are making a new vertical GPU mount that positions the video card farther back in the case, theoretically lowering thermals. We wanted to test this claim properly. It makes logical sense that a card positioned farther from the glass would operate cooler, but we wanted to test to what degree that’s true. Most vertical GPU mounts do fine for open loop cooling, but suffocate air-cooled cards by limiting the gap between the glass to less than an inch or two. The CableMod mount should push cards close to the motherboard, which has other interesting thermal characteristics that we’ll get into today.

We saw several cases at Computex that aim to move to rotating PCIe expansion slots, meaning that some future cases will accommodate GPUs positioned further toward the motherboard. Not all cases are doing this, leaving room for CableMod to compete, but it looks like Thermaltake and Cooler Master are moving this direction.