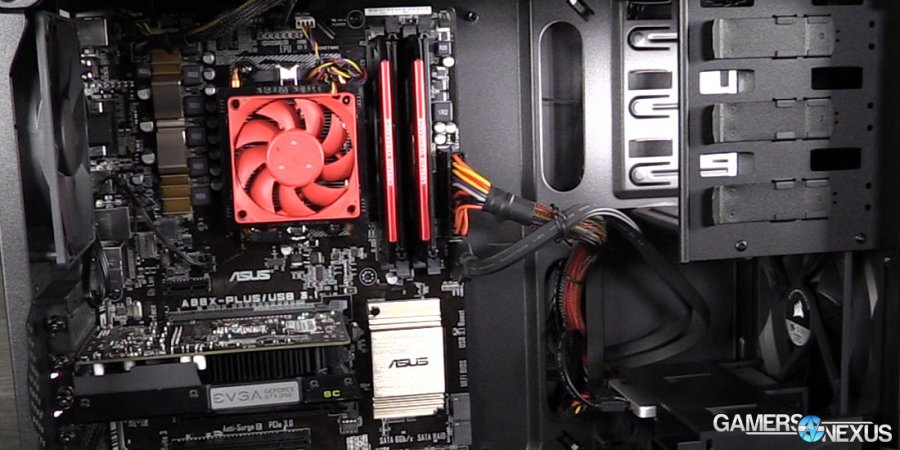 It's technically Thanksgiving here, and we need some easier content to consume to go with the rest of the consumption this weekend—and we mean consumerism and Black Friday, not food. Our latest experiment is a cheap gaming PC build for under $500, using an AMD X4 845 and GTX 1050 for games like Overwatch, DOTA2, and even GTA V.

Oh, and just for fun, we did throw in a Battlefield 1 benchmark -- it's just that this isn't an ideal configuration for that sort of game. Still worth learning about performance limitations, though.

The system build is detailed below. 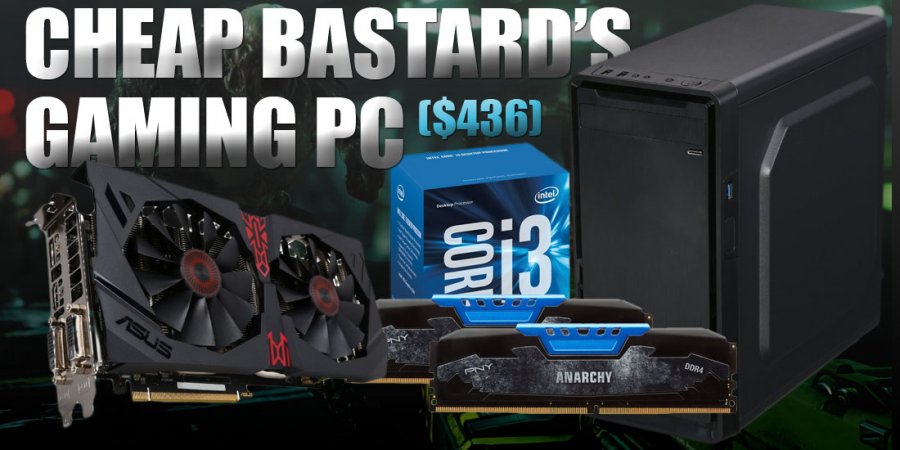 Today’s “Cheap Bastard” gaming PC build comes to a total of about $436, and uses an ASUS R9 380 Strix along with an i3-6100 to allow for solid gaming performance at 1080p. Graphics settings at 1080p will generally fall within the “medium” to “high” range, depending on the game. 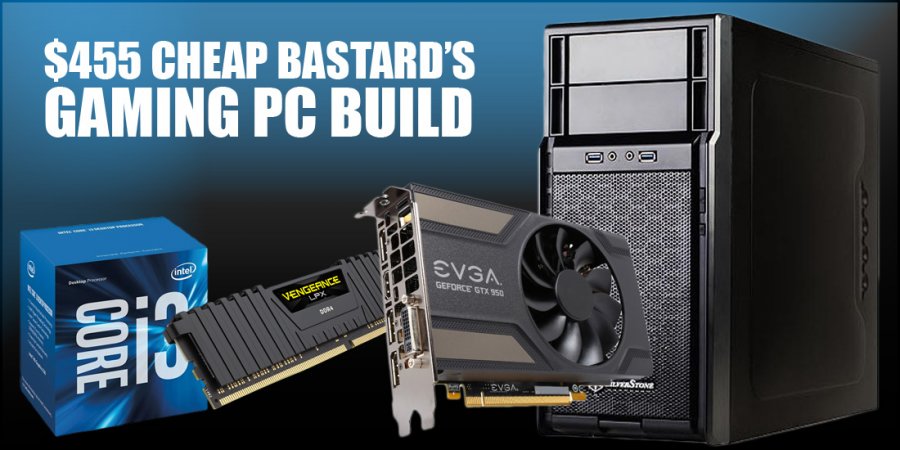 It sometimes seems that gaming PCs have to use high-end components and, subsequently, be expensive. These high-end PCs may provide a pretty looking picture and high FPS, but a PC capable of a decent gaming experience at 1080p can actually be built fairly cheaply.

Today's "Cheap Bastard" build totals about $455, and uses an nVidia GTX 950 along with an i3-6100 to enable a decent gaming experience at 1080p for most games using medium settings. 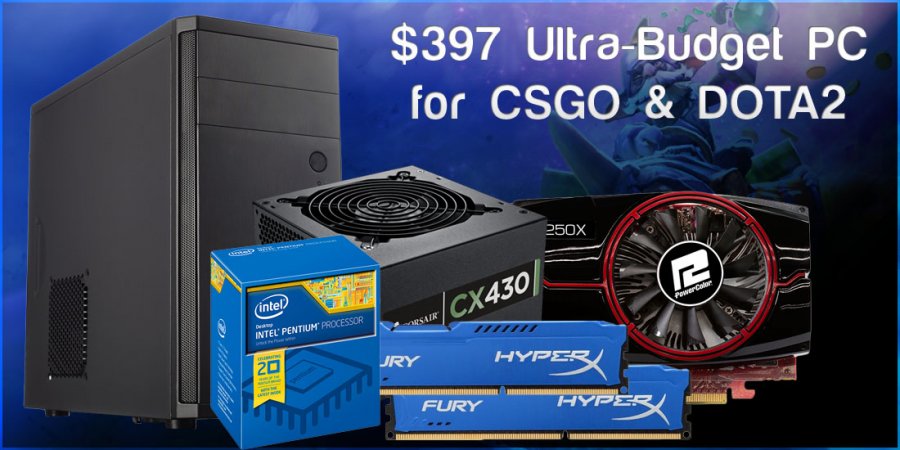 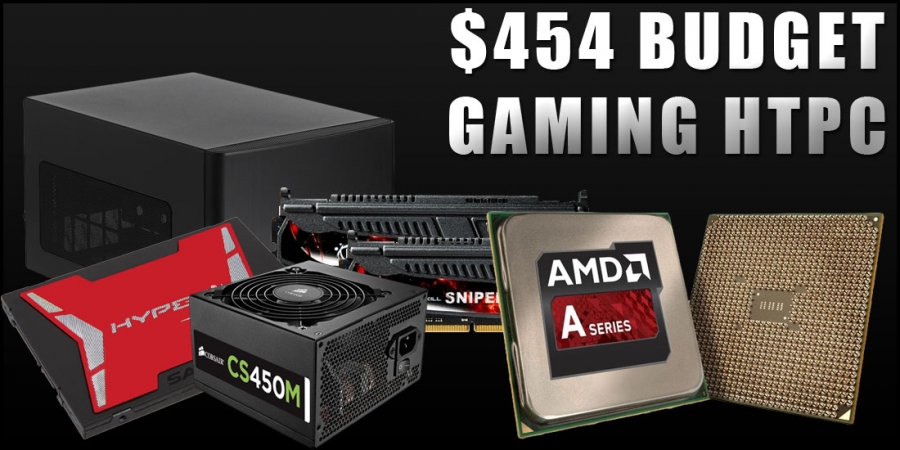 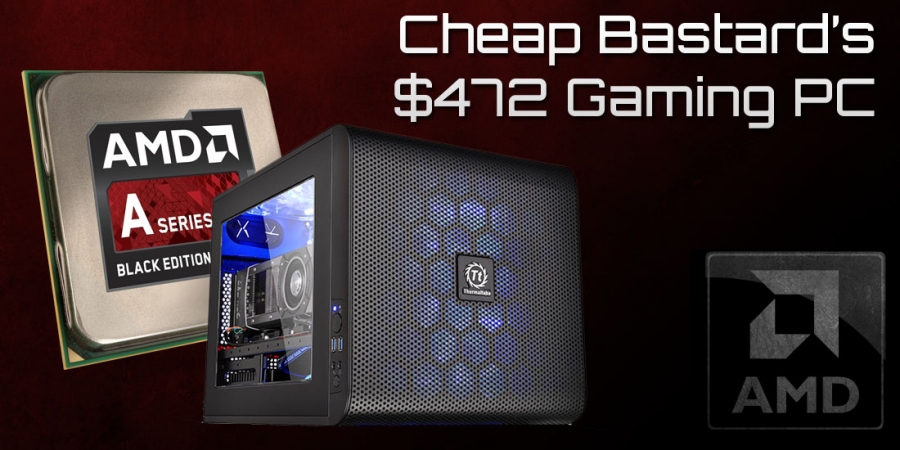 Now that we're well into a new year and still feeling the lingering effects of all the epic components we saw at CES, what better time to do the first budget gaming PC build of the year. As usual, we scoured the internet for the best components at the lowest price range, piecing together a PC that will be great for an entry-level gaming rig.

For less than the price of a current-gen console, we assembled a PC that can play most games out at medium to high settings. This budget gaming PC uses a do-it-yourself approach, landing the price at under $500 for an entry-level system.