AMD updated its Catalyst Control Center and GPU drivers fresh on the release of Watch_Dogs (which we benchmarked), but quickly pulled the 14.6 download due to instability and other unpublicized reasons. The company has now posted its 14.7 beta drivers publicly for download on Windows 7 and 8.1. Windows 8 is not supported.

With the much anticipated release of Watch Dogs, nVidia is ensuring that users are getting the best-looking game they possibly can by releasing their newest 337.88 driver. The driver, by the way, is up for download here. It is no secret that nVidia has been working with developers, such as Ubisoft, to provide more realistic effects in games through their GameWorks program. Technology like TXAA, PhysX, and HBAO+ are some. But the partnership between Ubisoft and nVidia also leads to nVidia having ample time to optimize their drivers. In fact, nVidia claims that these drivers will boost framerates up to 75% in certain configurations and games, and although I am skeptical of this and will wait until our own benchmarks to draw conclusions, it is promising to see nVidia putting effort into their drivers like this. 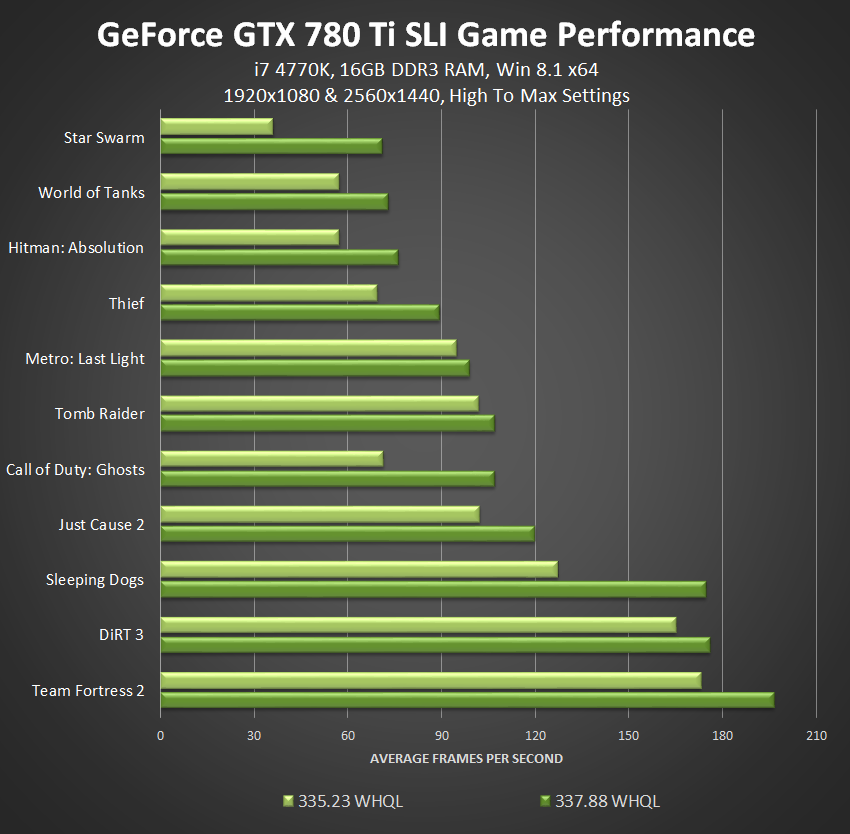 With the release of the new GTX 750, GTX 750 TI & Titan Black we also celebrate the ever-popular New Driver Day (not a worldwide holiday yet, but hope springs eternal). The NVIDIA GeForce 334.89 WHQL drivers are out and, at least according to NVIDIA’s in-house test machines, the performance boosts are quite impressive. As with all things done in-house, take the results they experience with a grain of salt. It is unlikely your system will perfectly match what they are using for their test machines. You should still notice an improvement once you get the update, especially if you were on the borderline for rising up to the next level of graphics quality.

In addition to stability patches, the driver update builds on top of Catalyst 13.11 beta 7, which boosted Battlefield 4 CrossFire performance roughly 20% over the previous driver.

Full patch notes and the download can be found here.