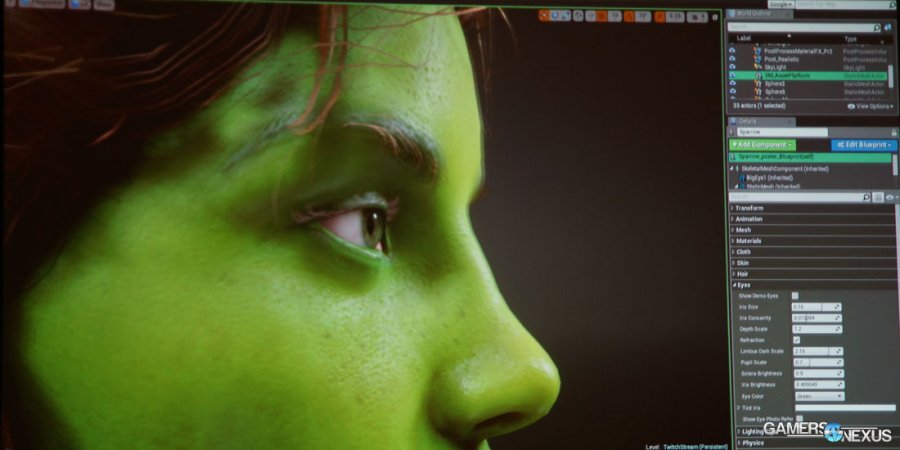 The annual East Coast Game Conference -- a 1500-attendee attempt at GDC-style development gatherings -- welcomed Mike Laidlaw of Bioware for its keynote today. The Bioware Creative Director has been tasked with oversight of the company's Dragon Age product line, drawing from his experience to discuss world design and storytelling at the conference.

Laidlaw's presentation spanned behind-the-scenes aspects of the development process, including unique considerations taken into account when producing a more open-world title. Throughout the keynote, Laidlaw made playful jabs at Bioware's own shortcomings with Dragon Age 2 and Dragon Age: Inquisition, often referencing the Hinterlands and player defiance for migration.

Bethesda Softworks' TES III: Morrowind is responsible for much of my love for bombastic fantasy environments and storylines within games. Morrowind had a sort of charm to it -- and some of this is admittedly nostalgic -- but the game felt big. Sure, having the view distance of bat contributed to that, but the resonance of a fantastical atmosphere truly made the game feel unique: Towering, domesticated silt striders used as a form of transport, airborne jellyfish (Netch), and the groan-inducing shriek of cliff-racers all felt like something out of an R. A. Salvatore novel.

And, for those of you who played Morrowind when it came out, hold onto your olds: It's been nearly 15 years. Ouch.