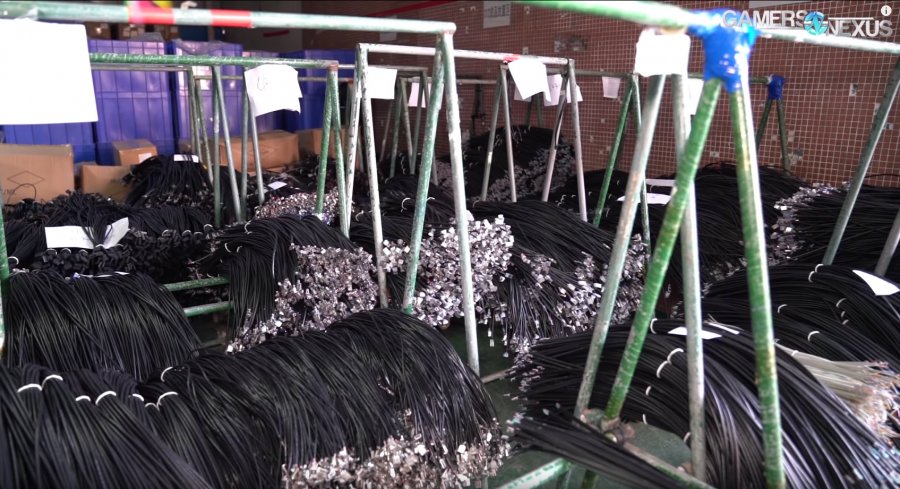 This is the article version of our recent tour of a cable factory in Dongguan, China. The factory is SanDian, used by Cooler Master (and other companies you know) to manufacture front panel connectors, USB cables, Type-C cables, and more. This script was written for the video that's embedded below, but we have also pulled screenshots to make a written version. Note that references to "on screen" will be referring to the video portion.

USB 3.1 Type-C front panel cables are between 4x and 10x more expensive than USB2.0 front panel cables, which explains why Type-C is still somewhat rare in PC cases. For USB 3.1 Gen2 Type-C connectors with fully validated speeds, the cost is about 7x as expensive as the original USB3.0 cables. That cost is all because of how the cables are made: Raw materials have an expense, but there’s also tremendous time expense to manufacture and assemble USB 3.1 Type-C cables. Today’s tour of SanDian, a cable factory that partners with Cooler Master, shows how cables are made. This includes USB 3.1 Type-C, USB 2.0, and front panel connectors. Note that USB 3.1 is being rebranded to USB 3.2 going forward, but it’s the same process.

Concluding the China Leg of Our Trip 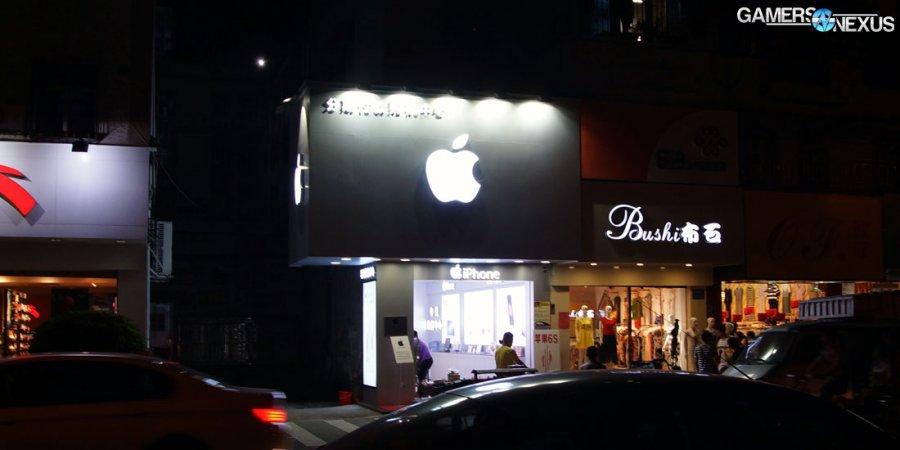 I'm not sure why the hotel phone rang – a loud, cursed beige thing – at 11PM. I was asleep; it's 11AM on the East Coast, about bed time, and the woman speaking to me was doing so in Chinese. There's something especially vexing about trying to come-to from a Snorlax-like slumber while also being at the receiving end of an unfamiliar language. I sat there in silence for a moment while trying to piece together what she just said, then realized it was no use – “English?”

She laughed. I said “It's OK,” phonetically stammered out “may qwan qi” – something I learned a few hours prior, and without learning the spelling – and then we hung up. This curious episode was matched moments later, when one of the hotel staff knocked (loudly) on the door. I still wasn't sure of the time, and figured it was room service: “Later?”

She knocked again. I cracked it open and was handed a lighter, and she was whisked away by the darkness of the hall. After looking at the thing for a moment, I put it on the bathroom counter and returned to bed. 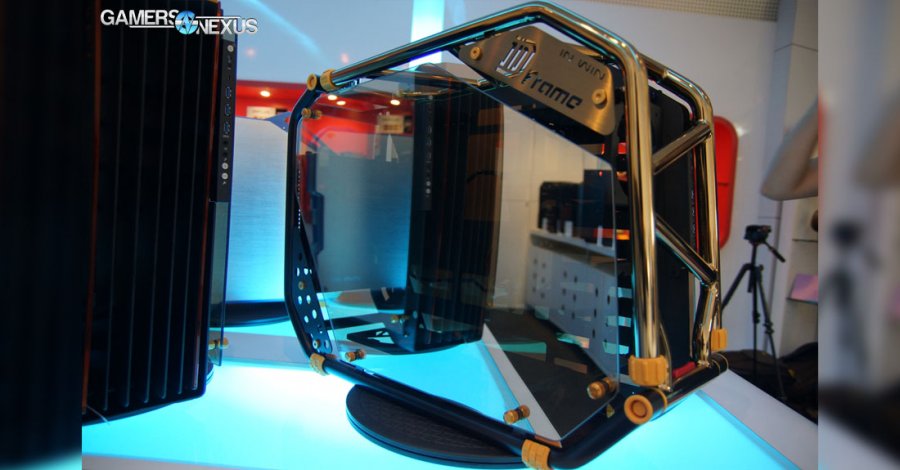