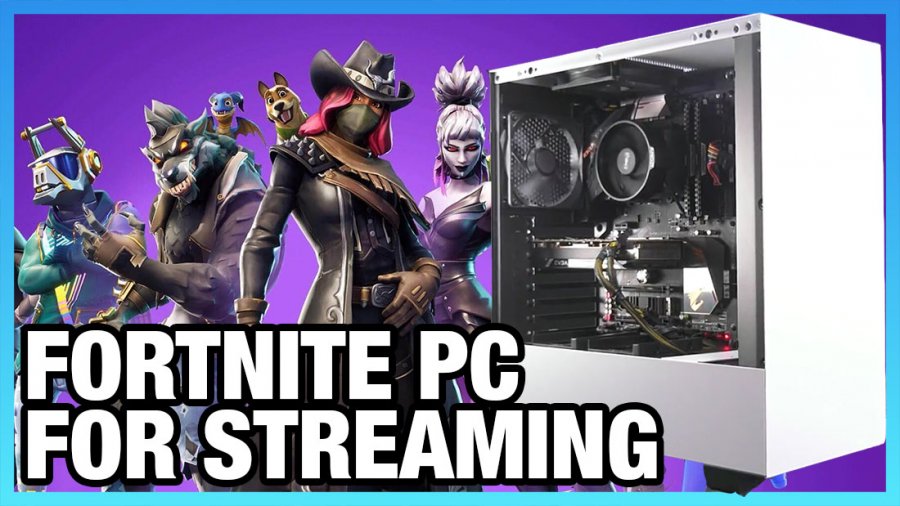 Fortnite has exploded onto the scene this year and, even if you’re not a fan of the game, it’s good for the hardware economy: Fortnite is bringing more newcomers into the PC gaming space, which spurs growth for the industry as a whole. With demand burgeoning for budget gaming PCs for Fortnite, we decided to put together a mid-range gaming PC build for playing and streaming Fortnite, like to Twitch. The budget for our Fortnite gaming & streaming PC build was about $700-$750, which will fluctuate depending on Black Friday and Cyber Monday sales. Although it is possible to play Fortnite for much cheaper, we have to highlight that the ultimate goal of this content is to assemble a machine capable of both playing and streaming the game. This is for the startup – someone who’s just starting with streaming and isn’t ready to invest into taking it too seriously. The build will still permit good quality livestreaming via OBS without many sacrifices (again, while playing Fortnite simultaneously), but could benefit from some manual tuning by the user. Overall, you get a fully capable machine that is also a good vessel for learning about computer hardware tuning, overclocking, and upgrading.

Although commenters always like to post their version of a build list that is cheaper, and therefore evidently “superior,” we must point out one critical fact: Every part selected has gone through our lab this year, has gone through exhaustive testing, and is something we generally trust to not be a garbage-tier component. As we’re recommending parts to thousands of people, we have to be sure they all work well together, and this build does. The memory, for instance, works well with the B450 Aorus Pro motherboard, and tertiary/secondary timings have largely been pre-tuned for you. This reduces a lot of work that is often faced with lower-end boards. The VRM has been looked at by GN’s resident liquid nitrogen overclocker and has been given a pass as “good enough for a 6-core,” which is exactly what we’re using. The BIOS features and VRM will struggle to push an 8-core, but do perfectly fine with a 6-core, as we’ve validated here. The PSU is also a near-perfect fit, as total system power consumption lands at about 50% load for the PSU, which peaks on the efficiency curve.

Let’s get into the component selection.