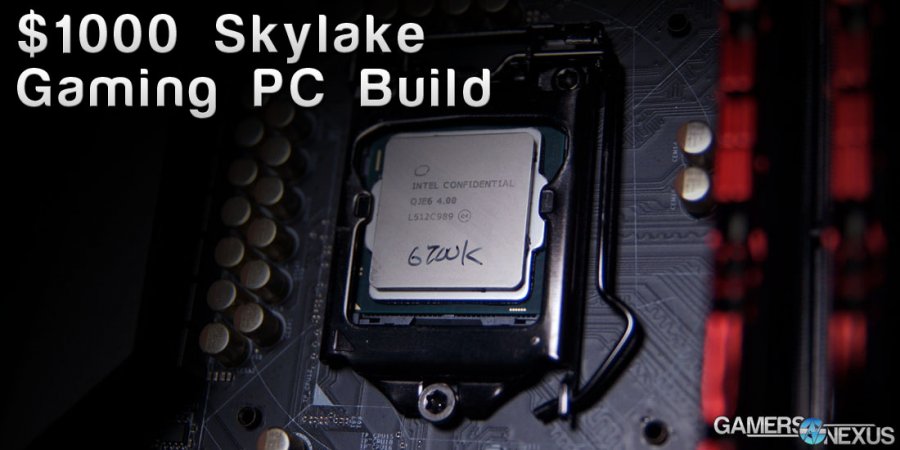 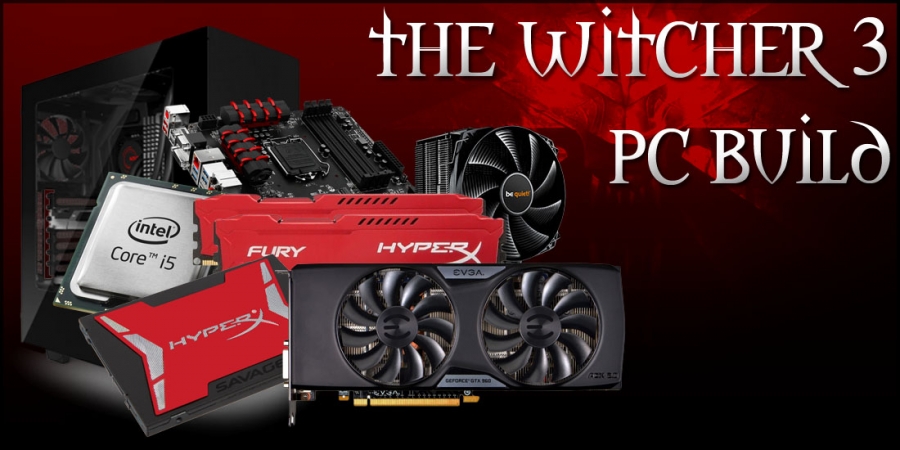 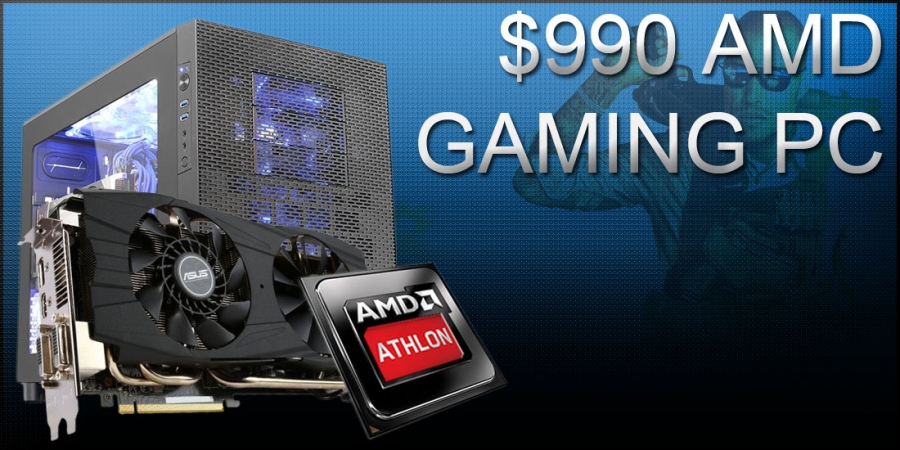 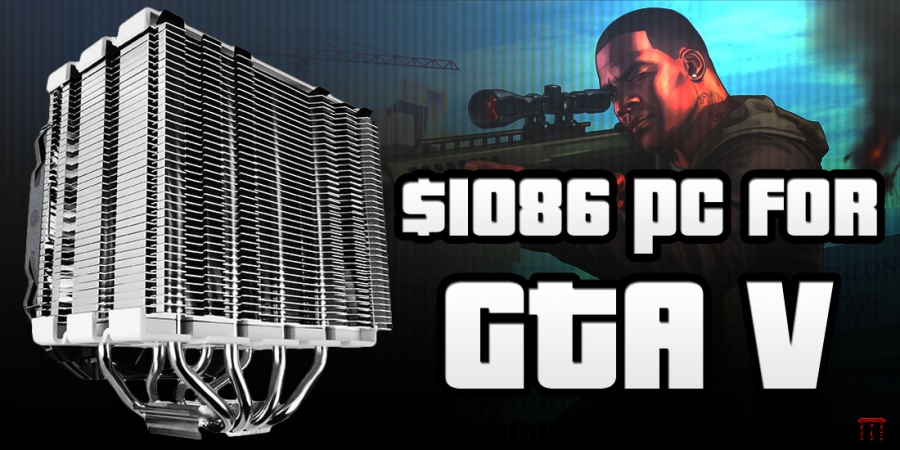 Don't be the April fool this year with an outdated PC, struggling to fully appreciate the high-fidelity graphics of modern games at high resolutions. This month's mid-range gaming PC build comes in at just over $1000, focusing purely on high gaming framerates at resolutions approaching 1440p – though it'll handle 1080p just fine.

This system opted for use of an AMD 290X given its positioning as a cost-effective alternative to the similarly-priced GTX 970. With the looming launch of Grand Theft Auto V, we built the system with the intention of running the game at ultra graphics settings, hopefully allowing some headroom for graphics mods in the future. This gaming PC will handle GTA V without issue.

This time around, we decided to do a high-end Gaming PC build that features an AMD video card. This PC will be able to play most modern games at the highest settings, so the only April showers you see will be tears of your enemies.

I rarely have the chance to do an enthusiast build as I'm normally tasked with doing the cheaper PC builds, like the $475 Cheap Bastard's Gaming PC that we recently published. It's been a while since we've done an enthusiast build -- in fact, this is the first of its type this year. We decided it'd be a great time to see what we could do with a higher budget while retaining a small and versatile form factor. The goal was to build a small form factor PC that could do just about anything you typically required from a gaming or video editing rig; this could double as an HTPC for those who'd like a living room gaming machine.

I was able to fit a core i5-4670k, MSI Z87i motherboard, and GTX 770 all inside the extremely versatile Corsair Obsidian 250D mini-ITX case that we saw at CES. This $1100 gaming HTPC build can handle just about anything you throw at it, including gaming at max settings and video editing / game streaming tasks.

After our interview with Dave Georgeson of the EverQuest franchise (including Landmark) and follow-up on the beta's availability, we've started the process of playing Landmark for content purposes.

The first bit of related content, as is usually the case for us, is a mid-range gaming PC build that's spec'd for EverQuest Next: Landmark at near-max (high) settings. You could certainly build a cheaper AMD system (keep eyes open for that), but this one will get you running EQNL at high (or thereabouts) settings and still provide room for high graphics output with more demanding titles. If you're interested in Titanfall, you'll be happy to hear that this machine will also easily run Titanfall on max settings, as we benchmarked over here.

This budget gaming PC isn't meant to be overclocked. The parts were selected specifically to reduce initial cost and get users playing games quickly with minimal tweaking; if you're more enthusiastic in your hardware endeavors and would like overclocking as an option, check out our overclocking primer and other PC builds. Jumping to the DIY PC parts list after EverQuest Next: Landmark's system requirements!

Our Titanfall coverage included a benchmark of the game's PC performance across multiple hardware configurations, and after this preliminary performance analysis, we can now safely start making build recommendations. Keep in mind that our benchmark was initially run on the beta version of Titanfall, so it is highly likely that AMD and nVidia driver updates will significantly improve performance; further PC optimization by Respawn will also do wonders, given the hauntingly-familiar, broken state of the game right now.

Regardless, the benchmark gives us an excellent idea as to the bottom line of Titanfall's performance spectrum, since things will only improve from here.

This $797 budget gaming PC for Titanfall ensures the best performance-to-budget ratio, focusing heavily on delivering maxed-out (high) settings at 1080p with a steady framerate. If you haven't built a gaming PC before (or if you need a refresher), our full "How to Build a Gaming Computer" guide can be found here. We've also embedded the video guide below.