The company behind the mid-range Phantom 530 and the innovative H440 -- one of our favorite cases -- has now announced an entry-level case at $70. NZXT's Phantom 240 mid-tower gaming enclosure will soon be available in white, shipping with a side window and admittedly odd curvature.

NZXT H440 Review & Benchmark: This is Why We Review Cases

Reviewing a specific type of product with great repetition often gets boring -- especially when we've already seen the best-of-the-best for the current generation. We see a lot of the same, rehashed ideas when looking at cases and a lot of the same suppliers when it comes to CPU heatsinks. Thankfully, every now and then we see truly innovative advancements in each product line, often serving as welcomed reminders of why all these tests are fun and worthwhile.

We looked at NZXT's H440 back at CES 2014, where the company showcased their new enclosure in a top secret suite at Circus-Circus; after the show concluded, we ran a "best gaming cases of CES 2014" article that proclaimed the H440 to be "an innovator" in the space. So, if it's not clear, I've been excited to finally test this enclosure and see how it feels to build with and benchmark.

In this NZXT H440 case benchmark & review, we look at what has rapidly become our favorite mid-tower ATX gaming enclosure on the PC market. First, the video review:

After our Antec GX700 review and H630 review, we figured it was time to look at something a little more mid-range for the system building market. NZXT's Phantom 530 came out a little while ago (and is included in our impending "how to build a PC" video tutorial), but we haven't had time to properly benchmark the thermals until recently. The Phantom 530 aims to fit between NZXT's Source line and larger Phantom offerings (like the P630), landing it at $130, but still packing extra features. 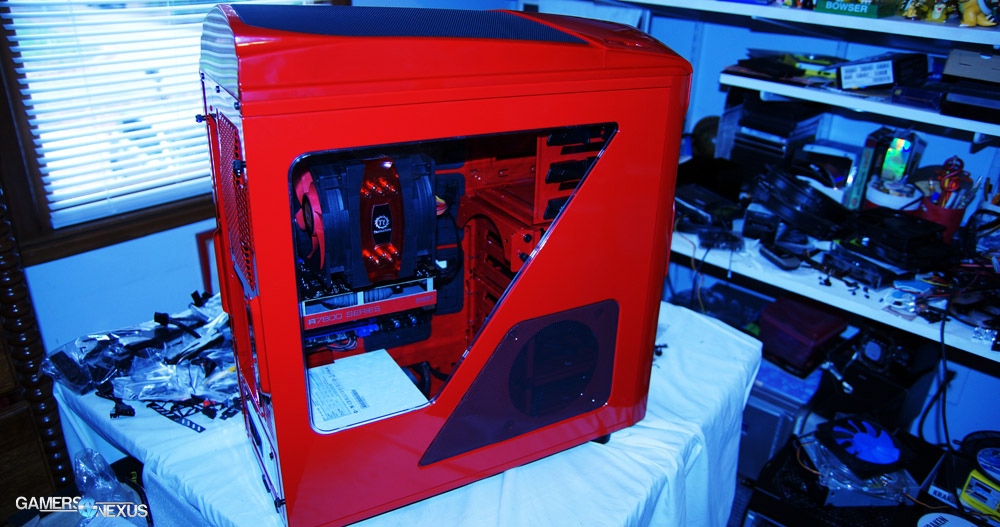 The Kraken G10 is simply a mounting bracket for a liquid cooler, but also contains a 92mm cooling fan for the video card VRM. Standalone, the G10 does not ship with a liquid cooling solution, so you'll have to mount one of your Asetek-supplied coolers to the G10 for use as a video card CLC.