The video games industry has regularly taken steps toward virtual reality and motion-controlled gameplay. Virtuix, developers of the Omni multidirectional treadmill, have furthered gameplay without the press of a button by uniting player-controlled motions and camera controls with the Oculus Rift virtual reality headset. 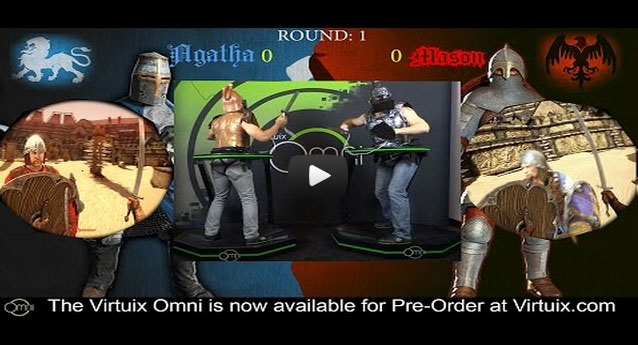 Video after the jump.

Some of our readers out there have likely seen games like The Elder Scrolls: Skyrim and Battlefield 4 being demoed on the Omni. This time, Virtuix has taken a Nintendo Wii Remote peripheral designed as a sword and shield, and they have mapped them to the Omni to enjoy a player-vs-player (PVP) experience with Chivalry: Medieval Warfare.