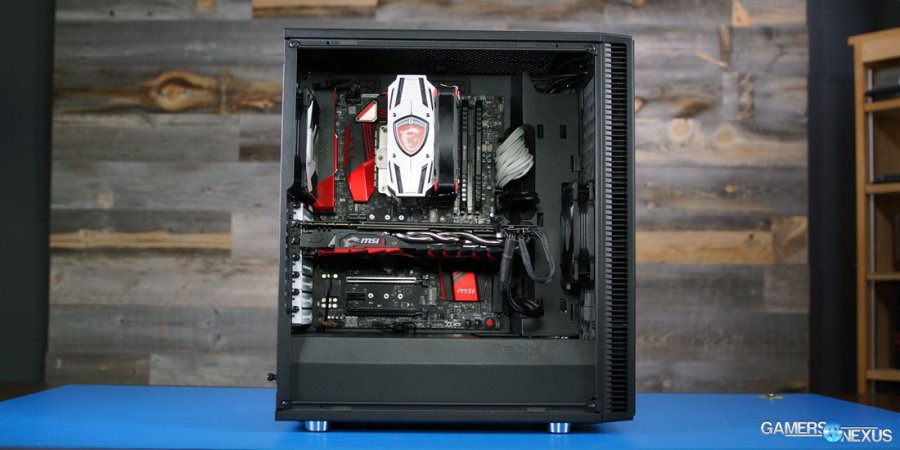 Black Friday and Cyber Monday are upon us, and there are many great deals out there to choose from.  We've already rounded-up the best gaming CPUs and video cards (along with their sales), but now we're selecting the best gaming cases for your hard-earned dollar.

Having assembled many PC builds this year, I realize that the case is the one component that you will see daily, so the aesthetic appeal takes high priority. Next, we look for a case that fits into your allotted budget, and the last thing we check for is proper air flow to ensure the temperatures inside the case remain as low as possible.

Continuing our Black Friday sales coverage (previous: gaming CPU sales), we now look to what is arguably the most critical component of any pure gaming PC: the video card. In this round-up, we'll cover some of the best video cards for gaming in 2013 (and the Black Friday / Cyber Monday sales), including GPUs specifically for Battlefield 4, Assassin's Creed IV, and other games.

This coverage spans the budget range through the high-end and enthusiast options. We're mostly focusing on single-card setups, but will make SLI/CrossFire suggestions as things move along. First, a list corresponding to the below items:

Having written many PC build articles this year -- and building even more on our forums -- we've seen just about every CPU + board combination out there right now. For anyone looking to swoop in on the Black Friday and Cyber Monday sales, we've rounded-up a list of the best processors for gaming as of 2013. These CPUs span the budget spectrum up through high-end video editing and production rigs, so we should have your price range covered.

A quick table of what's below: