Users on the cutting edge of Microsoft's new Windows 10 builds should likely already have build 10162, which launched on July 2. The build was Microsoft's third Windows 10 build in a single week, reinforcing the company's commitment to a nearing launch date. The OS is slated for a July 29 release.

Neowin has rooted-up what its sources allege is an early build screenshot of the Windows 9 desktop, containing evidence pointing toward the return and metro-izing of the start menu. The screenshot is of Windows build 9788 (still branded internally as Windows 8.1 Pro), an alleged new iteration of the Windows desktop OS. 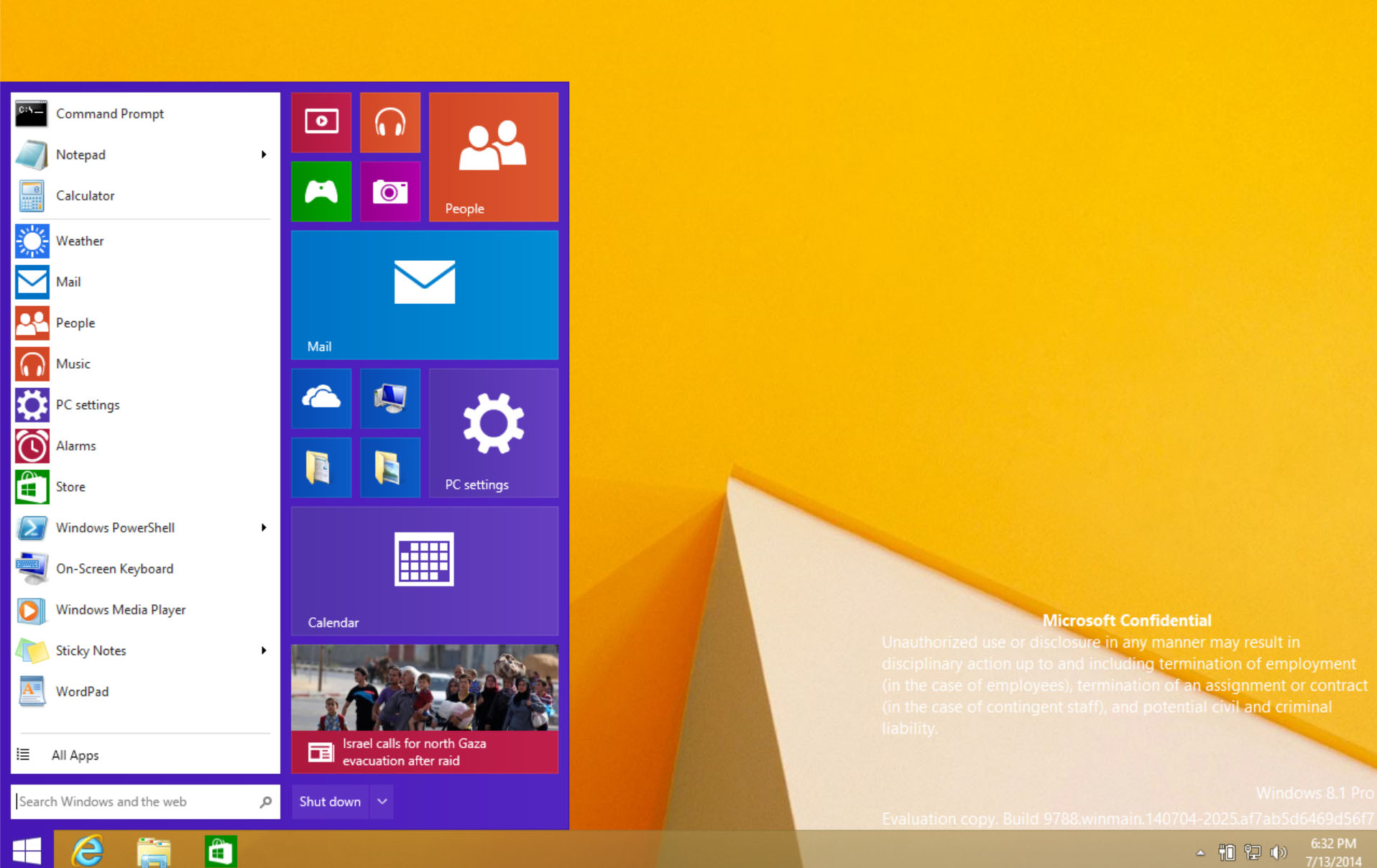 XP Users Upgrading to Windows 7 instead of Windows 8

It's no secret that official XP support ends on April 8, 2014. A recent report from Net Marketshare, a statistics company tracking OS marketshare (and other data) on the web via analytics tools, suggests that XP users would rather move to Win7 than Win8.