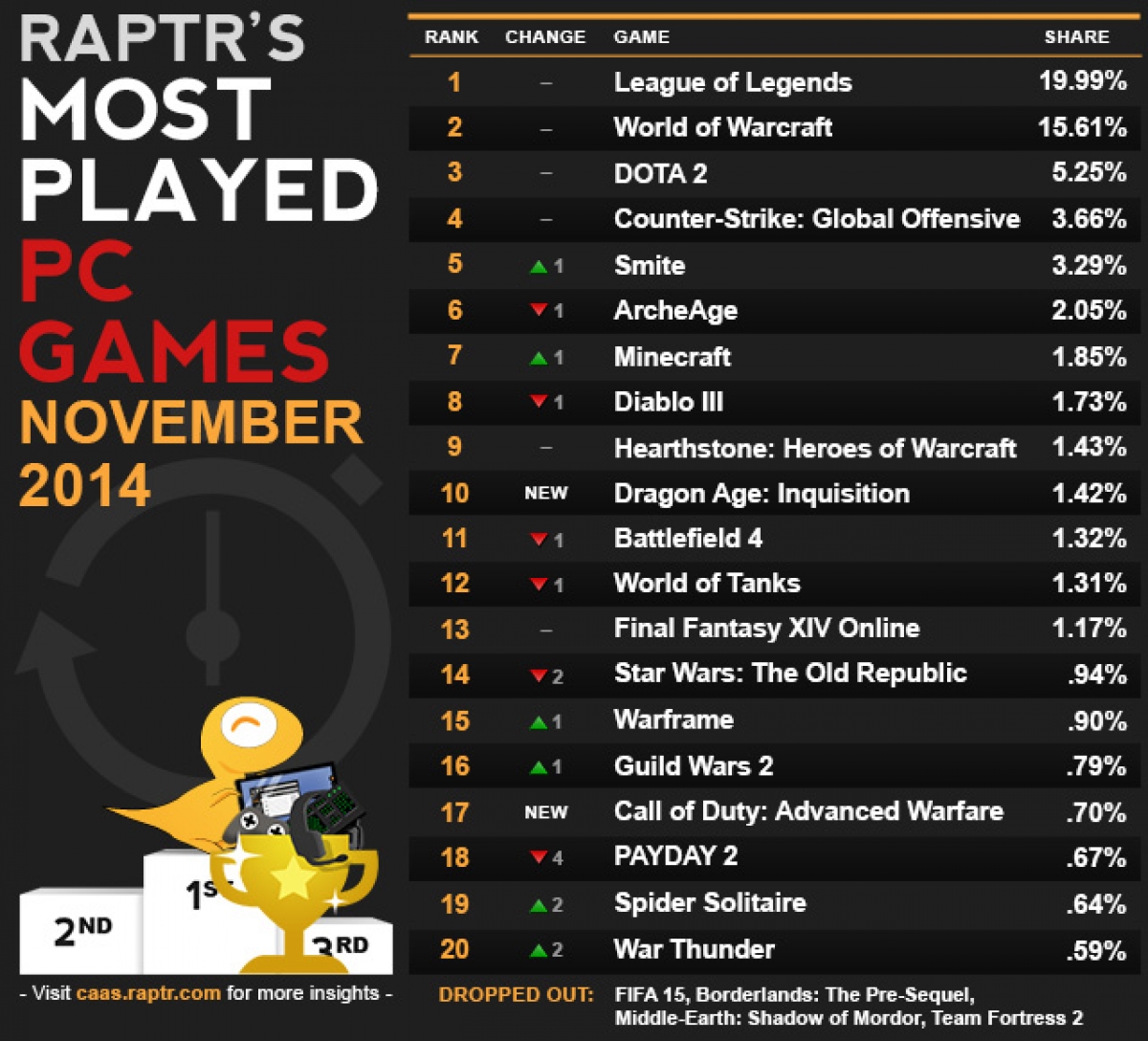 Perhaps as a result of one of their cross-branding in franchises, Blizzard saw a drop in playtime for Diablo III (nearly 45 percent) and Hearthstone (13.11 percent). It was a busy November nonetheless for the Orange County developers, who hosted BlizzCon across the street from Disneyland.

Monthly top title League of Legends dropped 15.88 percent in playtime from October to November, something Raptr attributes to queues during the 4.20 update. Playtime is likely to climb back up after Intel Extreme Masters earlier this month in San Jose.

Other competitive and online-based titles also experienced a drop in playtime, including DOTA 2, Counter-Strike: Global Offensive, Smite, Archeage, and Minecraft.

Final Fantasy XIV (#13) did not move on the list, but rose in playtime nearly 21 percent. It benefitted from a Game of the Year edition that included a 60-day free trial. The mid-month DDOS attacks may have given players some login difficulty, but it did not significantly halt players from jumping back in.

Spider Solitaire even cracked the top-20 for the first time in over a year, moving up to #19. The game peaked in playtime on perhaps the most unexpected of days: Thanksgiving.

Dropping out of the top 20 was a mixed bag of 2014 releases, including Shadow of Mordor -- an open-world action title we enjoyed very much -- and the disappointing Borderlands: The Pre-Sequel.

Note from Raptr: The “Share” number by each game represents that title’s gameplay time as a percentage of the total time spent on all the PC games played by Raptr members, and is useful for comparing the relative amount of playtime between particular games.

We’d love to hear which games you expect to rise up onto this list over the month of December. Will Steam's Fall Sale push titles like Southpark: The Stick of Truth into the top 20? Let us know by typing in a comment below!