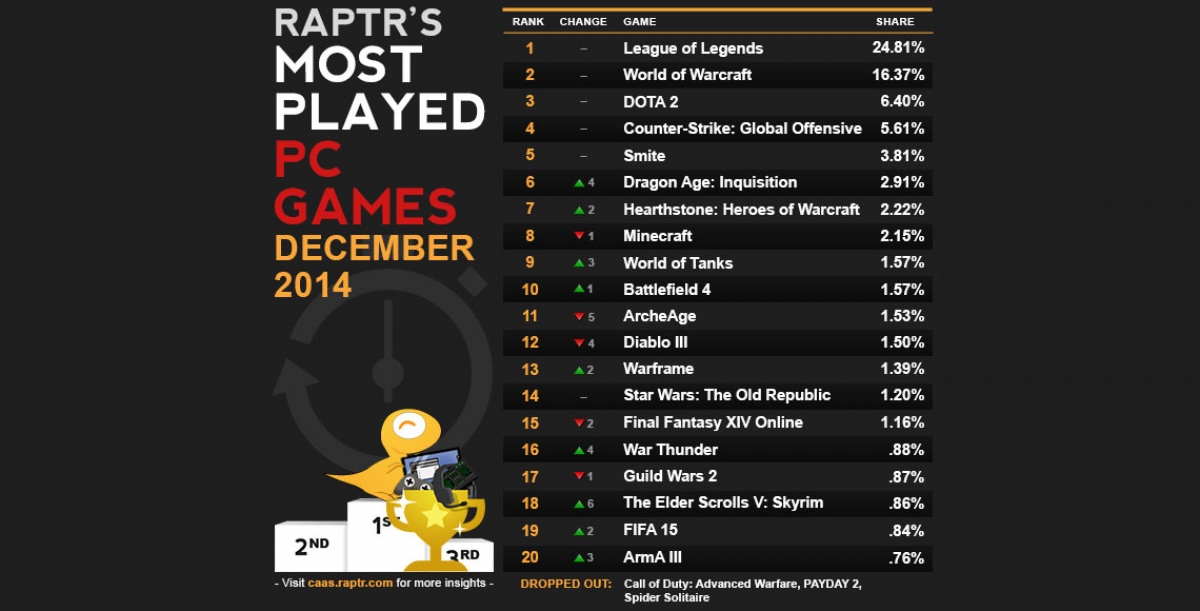 After a stumble in October, League of Legends has seen slight increase from 19.99% to 24.81% total share of playtime, unsurprisingly maintaining first place.

Competitive Valve titles DOTA 2 and Counter-Strike: Global Offensive maintained their respective third and fourth places, but CSGO saw a steam-powered surge of 60.64%. This likely can be attributed to the holiday season sales on all Counter-Strike titles.

Entering in at number 10 in November, Dragon Age: Inquisition continues its climb. Fueled by winter sales, it rose by a massive 114.29%. Fellow November newcomer Call of Duty: Advanced Warfare was not advanced enough to keep up and dropped off the chart completely.

Payday 2 and Spider Solitaire didn’t have the scopulae to support them and also fell off the board completely. This resulted in a return of Skyrim, FIFA 15, and ArmA III in 18th, 19th, and 20th, respectively.

Note: The Share number by each game represents that title’s gameplay time as a percentage of the total time spent on all the PC games played by Raptr members, and is useful for comparing the relative amount of play time between particular games.

Leave us your comments below, tell us what you think of top 20 and what surprised you following the holiday season.