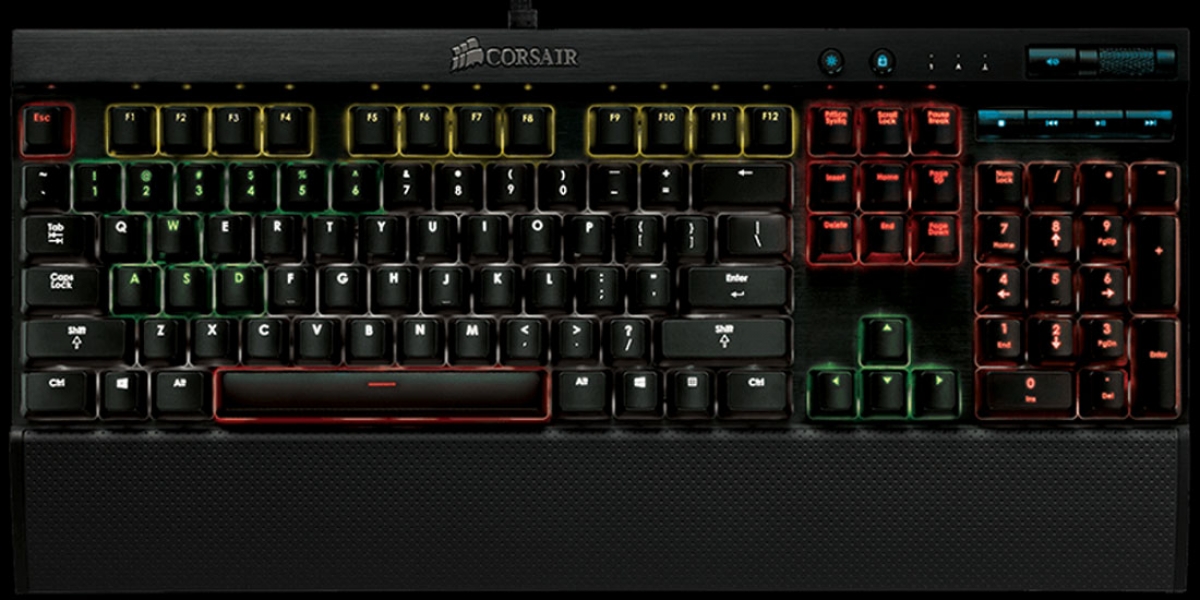 Corsair’s RGB series of keyboards is among the most-hyped peripheral lines in recent history. These keyboards were the first to feature programmable RGB lighting on a keyboard with mechanical switches, and even signed one-year exclusivity with Cherry MX RGB switches. The hype train was going at full-steam ahead with these keyboards.

Then, Corsair’s RGB keyboards were delayed. Following this, Corsair started using its new gaming logo in lieu of a traditionally more reserved logo, annoying fans of the old logo (perhaps to a point of irrational rage). Then -- somehow -- more bad news emerged pertaining to quality control and supply issues with Cherry MX Blue switches, to the point that they are now discontinued entirely.

That was the lead-up to users on Corsair’s forums and Reddit realizing -- and proving, through reverse engineering -- that Corsair’s RGB keyboards could only display 512 colors of the advertised 16.8 million colors. Additional issues with Corsair’s software freezing, crashing, and exhibiting general bugginess have been another focal point of dissatisfaction toward Corsair’s RGB keyboards.

Now, after promising one for about half a year, Corsair has provided an update to RGB keyboards that enables all 16.8 million colors. The actual number of colors possible is 16,777,216, but that number is always rounded to 16.8 million.

Before we delve into the new issues introduced by the 16.8 million color mode, let’s look at why the 512 color mode is problematic.

512 colors is a fair amount. Let’s not deny that. Being able to create custom profiles with 512 colors allows for a lot of personalization to a keyboard. That being said, providing only 512 colors becomes noticeable because it introduces “stepping” in color and brightness. Corsair’s RGB keyboards were advertised (and continued to be, even after the color controversy happened) as being capable of 16.8 million colors when they were only capable of 512.

First, the stepping of colors and brightness.

Corsair’s RGB keyboards were previously only capable of a 3-bit value for each color (red, green, and blue) and there are only 8 levels of brightness (including off). This creates stepping in color fading and transitions. The visibility of the stepping depends on the design used on the keyboard and how well the user can see color, but for gradients and slow fading, it is more apparent. While video compression often makes it harder to see, it can be seen a bit in this HTML5 video when slowed down (credit to Powback on Corsair’s forums). Another example that is easier to see is this video, which shows it fading from green to black slowly. A more scientific look of stepping introduced by only having 512 colors can be seen with this graph from Digital.Zilla on Corsair’s forum:

This is in comparison to how transitions should look when having 16.8 million colors:

Being limited to 512 colors leads to stepping in fading and transitions. When having 16.8 million colors, users wouldn’t be able to see individual colors in transitions, and they would instead perceive smooth change without stepping in brightness or hue.

Color stepping truly isn’t that bad, all things considered. Had Corsair marketed its keyboard as multi-color, this whole hullabaloo would’ve likely been avoided. This brings us to the second issue with Corsair’s keyboards only offering 512 colors: false advertising.

Instead of labeling the RGB keyboard line as multi-color or capable of 512 colors, Corsair marketed them as being capable of 16.8 million colors (since this controversy, they changed their marketing to “multi-color,” but sites like Amazon didn’t change-over the language). This has created controversy in that Corsair knew its keyboards were only capable of 512 colors, yet the company marketed and sold the keyboards to users under the impression they could provide 16.8 million. Corsair has stated that it did this due to demand for the keyboard and, knowing they would provide an update to later support 16.8 million colors, shipped it anyway.

Regardless of its eventual intentions, Corsair’s advertising was blatantly incorrect, Corsair has admitted knowledge of the 512-color limitation and did not acknowledge this issue until users revealed it themselves. Part of the controversy (and, in my opinion, the most significant) is Corsair’s misleading advertising about the color range of its keyboards.

To Corsair’s credit, the company has amended its advertising and have now provided a fix to support 16.8 million colors, which brings us to the present.

Just last Friday (April 24th), Corsair released a new firmware and version of their Cue software, which adds support for the full 16.8 million color range. Corsair finally made true on promises to provide this support, with initial estimates that the color fix would be ready by mid-November of last year. So, approximately half a year later, the fix is here. 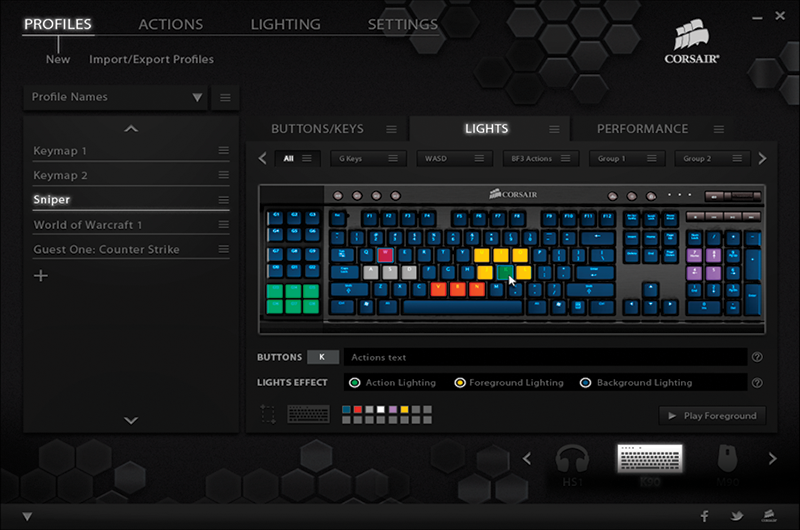 (Above: A photo of CUE, the RGB software).

That’s certainly not to say that this update is perfect. In fact, in the 16.8 million color mode, Corsair has acknowledged flicker can occur in some effects. Flicker can be hard to accurately record on cameras due to frequency responses. Despite this, we have compiled some examples from users on forums. A decent example can be found here (credit to Perquenariz on Reddit). Here is a video (decent quality) also showing flicker, and a comparison to the 512-color mode. It is also an example of how the stepping of colors can look. Finally, here is a compelling example by Powback on Corsair’s forums, showing how bad the flicker can be with some effects. The intensity of flicker depends in part on the effect used, but some users will also be more sensitive to flicker than others.

Although Corsair has finally implemented support for 16.8 million colors, it has done so by introducing the issue of flickering during effects. Corsair suggested that flicker can be reduced, but only at the cost of response time of the keyboard. Corsair did not respond to a request for comment on this trade-off.

While arguably less substantial, Corsair also implemented a new USB protocol for their RGB keyboards with this most recent update. This update is meant to help mitigate freezing, crashing, and other bugs that plague the RGB keyboards. So far, users who have previously had issues are reporting better functionality/stability with the most recent update, but it is still a bit early to tell if it will alleviate these issues for most. Nonetheless, the continued support is promising, although crashing and freezing shouldn’t exist in the first place.

Corsair realizes this isn’t a perfect situation and aren’t ignoring users. That in and of itself is better than what we’ve seen companies in the past do for games, physical products, and promised products. Corsair has publicly talked about providing refunds to those who are unsatisfied, telling them to contact This email address is being protected from spambots. You need JavaScript enabled to view it..

Despite continued software support (as much as is technically possible) and allowing users refunds, Corsair still came to market with a keyboard line it knew didn’t meet its own 16.8 million color advertising. The company then took approximately half a year to update it to function correctly, but that fix introduced a new issue that can’t be fixed unless users use the 512-color mode, which creates stepping of colors and brightness.

Corsair messed up. The company is continuing to fix it as best they can through software updates and refunds, though we are unaware of the ‘end date’ for refunds. Despite these attempts, we still wouldn’t recommend Corsair’s current RGB keyboards over similar keyboard like the Razer Chroma and Logitech G910 Spark.

We reached out for comment from Corsair several days ago, but did not receive a response.