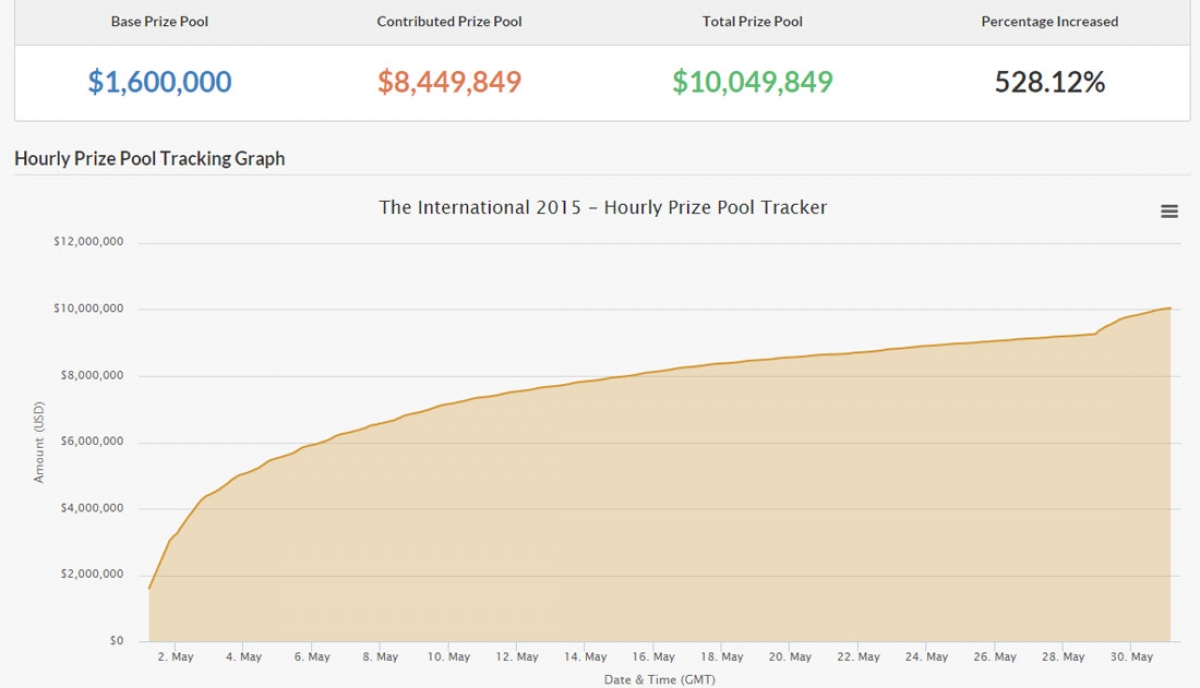 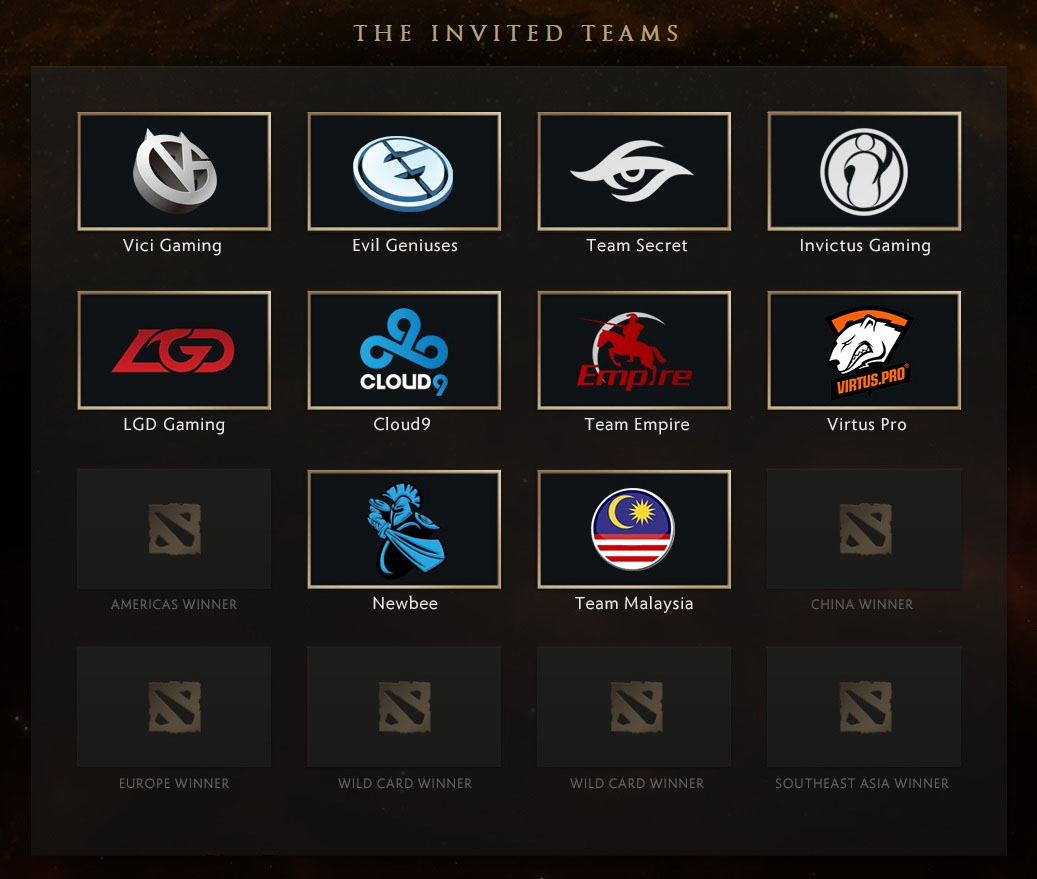 The competition at The International is comprised of invited teams. 10 teams have been announced this year, to be followed by four teams from regional qualifiers and two wild card teams.

So far, Vici Gaming, Evil Geniuses, Invictus Gaming, Newbee, Empire, and Cloud 9 all return as invited teams. Last year, LGD won their playoffs and made it into the main event; this year, they were invited outright and have earned their tenured status on the stage. Virtus.pro also returns, this time as an invited team, having only made made it to the Phase One playoffs last year.

The final two invited teams this year are relatively new, formed following the post-TI4 shuffle. Team Secret formed from former members of Alliance, Evil Geniuses, and Navi. The other team was EHOME Malaysia before they were released by the Chinese organization; EHOME Malaysia stayed together under the name “Team Malaysia,” and are the last team invited to The International. Some of Team Malaysia’s members played in TI4 last year in Team DK, Arrow Gaming, and Titan.

The qualifiers have already begun. Complexity Gaming and EHOME are both in, having won the American and Chinese qualifying events. North American Rejects and CDEC Gaming were the runner-up teams in these events and will play for the wild card spots.

The final qualifier tournaments wrap-up this weekend in the Europe and SEA regions. Notably, former winners Alliance and Natus Vincere were not invited and must play in the European qualifier.

Stay tuned for more announcements about The International 5. You can follow the prize pool here, Compendium updates here, and be sure to tune-in to the event between August 3rd and 8th, when The International returns to the KeyArena in Seattle.