PC Gaming Projected to Surge to $76B Annually, Growth of 8.8% 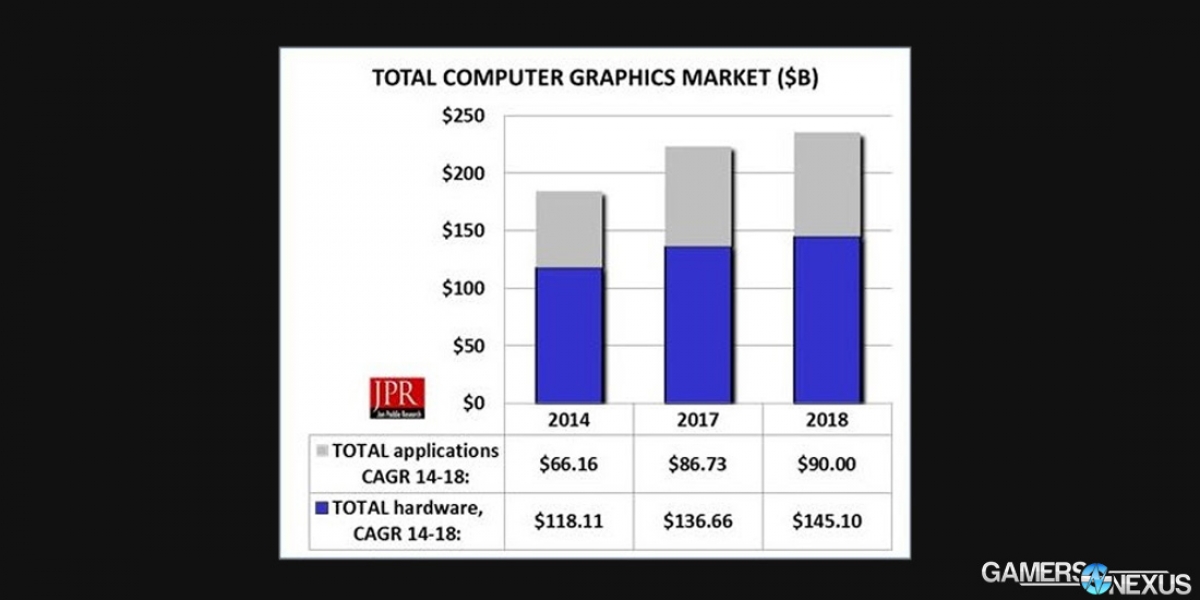 The total PC gaming hardware market is estimated to be worth over $30 billion and is predicted to have a 6.5% CAGR, despite the overall PC market having dropped 12% over the past year.

Also interesting, gaming consoles are predicted to see negative growth. Currently at $12 billion, they are expected to drop to a little less than $10 billion, a CAGR of -5.9%.

The computer graphics hardware side of things has a CAGR of 5.3% and is projected to be worth $145 billion in 2018.