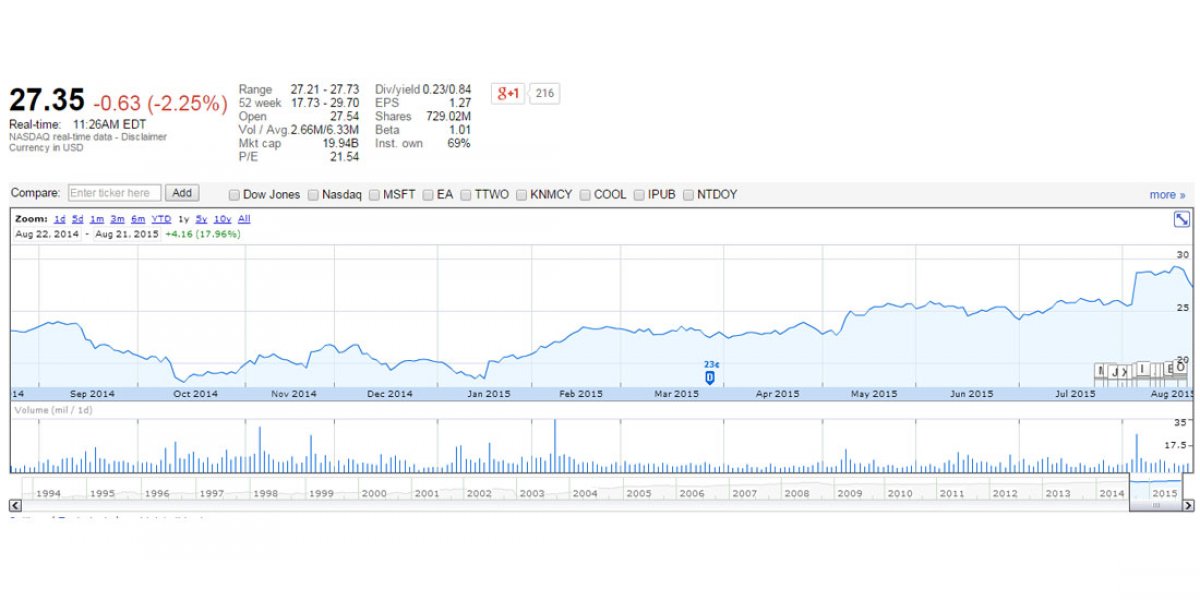 Activision’s (ATVI) World of Warcraft is one of the largest, longest-lived MMORPGs on the PC market. For a game originally released in 2004, currently having 5.6 million players – for a monthly subscription fee – is an impressive feat. For Activision-Blizzard, World of Warcraft has been a major source of revenue for more than a decade.

In late 2010, the game reached a total of ~12 million subscribers around the arrival of the Cataclysm expansion. Despite this impressively large player base, WoW’s size has recently seen a period of decline. This is not to suggest that WoW’s player base has shrunken steadily -- last November’s Warlords of Draenor expansion caused subscriber count to exceed 10 million -- but there’s been a loss of late.

Since this launch, there has been a decline of 4.4 million subscribers, to the current 5.6 million players. This is about 1.2 million less than the compared to June 2014. Activision stated that the the declines are higher in Asia compared to western countries, which actually makes it slightly less painful for the company since average revenue per user is higher for the west compared to the east.

What’s interesting is that, despite half the player base leaving, Activision’s stock has grown. In fact, the company has exceeded earnings expectations – something that is generally considered significant. Activision’s stock value has increased over 10% recently. According to GAAP numbers, there has been an 8% increase in revenue in the second quarter of this year compared to the second quarter of last year; this brings total revenue to a little over $1 billion. Net income for Q2 has remained consistent recently, at $212 million.

For non-GAAP statistics, revenue was $759 million, which is up 15% compared to the second quarter of 2014. Net income doubled from 2014 for the second quarter to a current $93 million. Activision has pointed-out the growth in monthly active users with their products overall, despite the decline of World of Warcraft users. This shows that, while World of Warcraft is still a significant product for Activision, even when WoW revenue declines, Activision can see growth.

Despite the signs that WoW may be declining and that Activision will have to move on to other pastures, Blizzard has announced the next WoW expansion -- Legion. This will undoubtedly see a resurgence in player count until content is played-through once again.