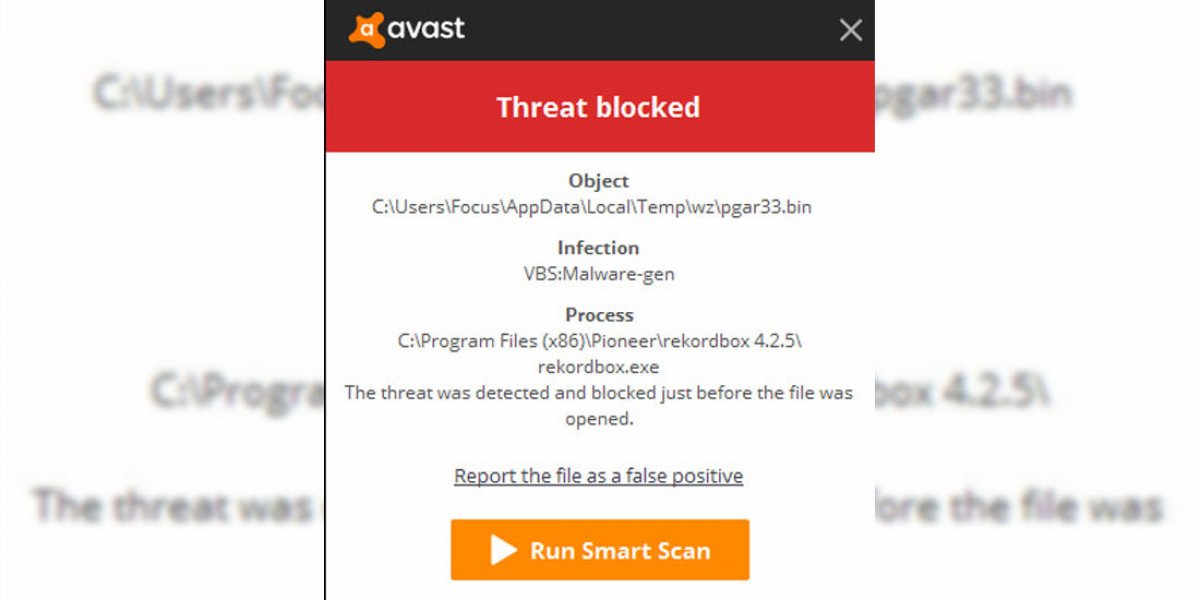 It seems that an Avast VPS update (VPS 170222) has removed these threat pop-ups, which further lead us to believe most issues explained by users are false positives. Given the breadth and sheer quantity of allegedly infected files, this makes sense – Avast has been detecting thousands of files on some “infected” systems, all the way down to software-level errata (like Gimp or Photoshop) and to system DLLs.

To fix this problem, update to Avast! VPS 170222 or simply ignore the detected threats that meet these same conditions.

Note: Some users reported that AVG also encountered this. We are not sure if there is any relationship between AVG and Avast which may share definitions or updates.

Of course, it’s always possible that there is an infection on your system, but this newest wave of reports seems safe to ignore for the vast majority of those encountering the threat.