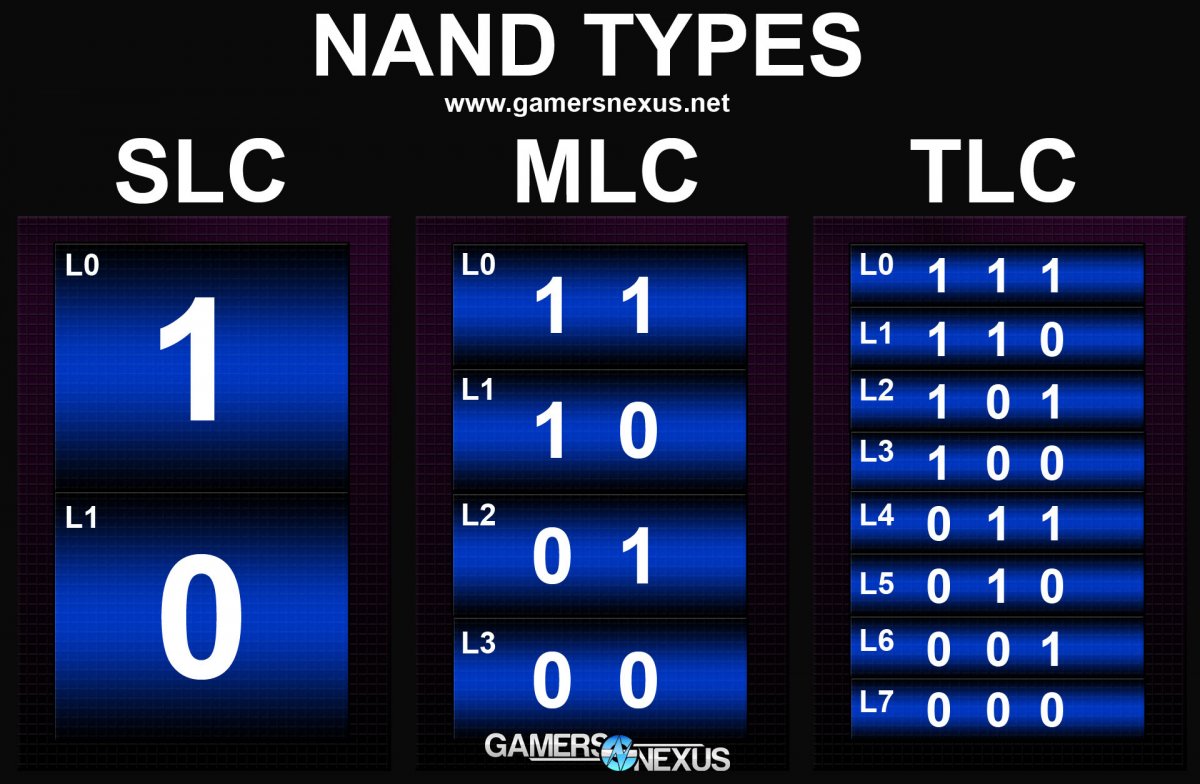 Toshiba just announced its QLC (Quad-Level Cell) NAND flash, something we talk about in our upcoming news video, and has further claimed that the new 96GB (768Gb) units will compete with TLC NAND in total program/erase endurance. This is Toshiba’s new 64-layer NAND that hasn’t yet made it into consumer products, but likely will make the move within the next year. Like TLC, QLC increases the count of voltage states (now 16) to increase the bits per cell, thereby increasing storage capacity per cell.

This move theoretically helps reduce total cost per GB as less space and fewer dies are required to store more data, but the risk is reduced endurance by way of increased wear on the cells (now with 16 voltage states and lower P/E cycles as a result of QLC).

The theoretical impact for consumers will be increased SSD capacity at lower prices (GB/$), with what amounts to hopefully no meaningful endurance loss. These drives are designed so that, again – in theory, the usable life of the host system expires before the NAND does. Toshiba does hope to use QLC for enterprise deployments of 100TB/disk, leveraging a write-once, read-many approach to data that would lengthen lifespan. We’re probably looking at enterprise products before consumer products, as usual.

Stay tuned for other coverage. Our news recap will be up tonight, with more Vega news in the morning.