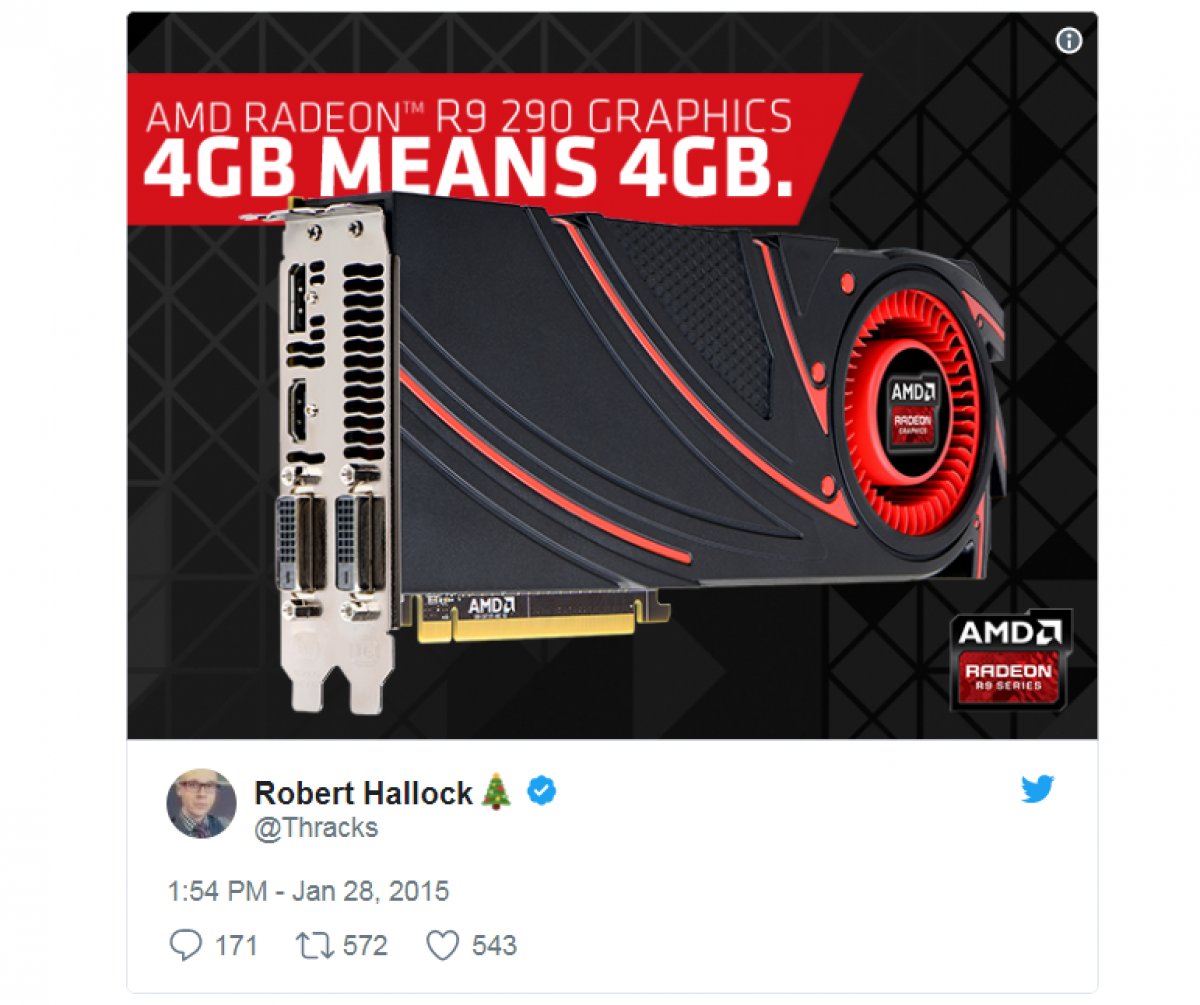 We need some clarity on this issue, it seems.

TLDR: Some AMD RX 560 graphics cards are selling with 2 CUs disabled, resulting in 896 streaming processors to the initially advertised 1024 (64 SPs per CU). Here’s the deal: That card already exists, and it’s called an RX 460; in fact, the first two lines of our initial RX 560 review explicitly states that the driving differentiator between the 460 and 560, aside from the boosted clocks, was a pre-enabled set of 2CUs. The AMD RX 460s could already be unlocked to have 16 CUs, and the RX 560 was a card that offered that stock, rather than forcing a VBIOS flash and driver signature.

UPDATE: AMD has provided GN with a statement:

“It’s correct that 14 Compute Unit (896 stream processors) and 16 Compute Unit (1024 stream processor) versions of the Radeon RX 560 are available. We introduced the 14CU version this summer to provide AIBs and the market with more RX 500 series options. It’s come to our attention that on certain AIB and etail websites there’s no clear delineation between the two variants. We’re taking immediate steps to remedy this: we’re working with all AIB and channel partners to make sure the product descriptions and names clarify the CU count, so that gamers and consumers know exactly what they’re buying. We apologize for the confusion this may have caused.”

Now, initially, we gave AMD the benefit of the doubt and held publication of this story: It was fully possible that retailers screwed-up the listings, and so we contacted AMD for statement. We have not yet received one, but will update if we do. What led us to post the story, though, was that the AMD official website has now listed the RX 560 as “14/16” CUs, and “896/1024” SPs. Using Archive.org, the initial RX 560 launch page stated, “Max Compute Units: 16.” This gives some plausible deniability, as “max” could be interpreted as “up to,” but the streaming processor listing is a hard “1024.”

We also have a screenshot from the reviewer’s guide that was released in May, which explicitly stated 16CUs, no “up to” involved: 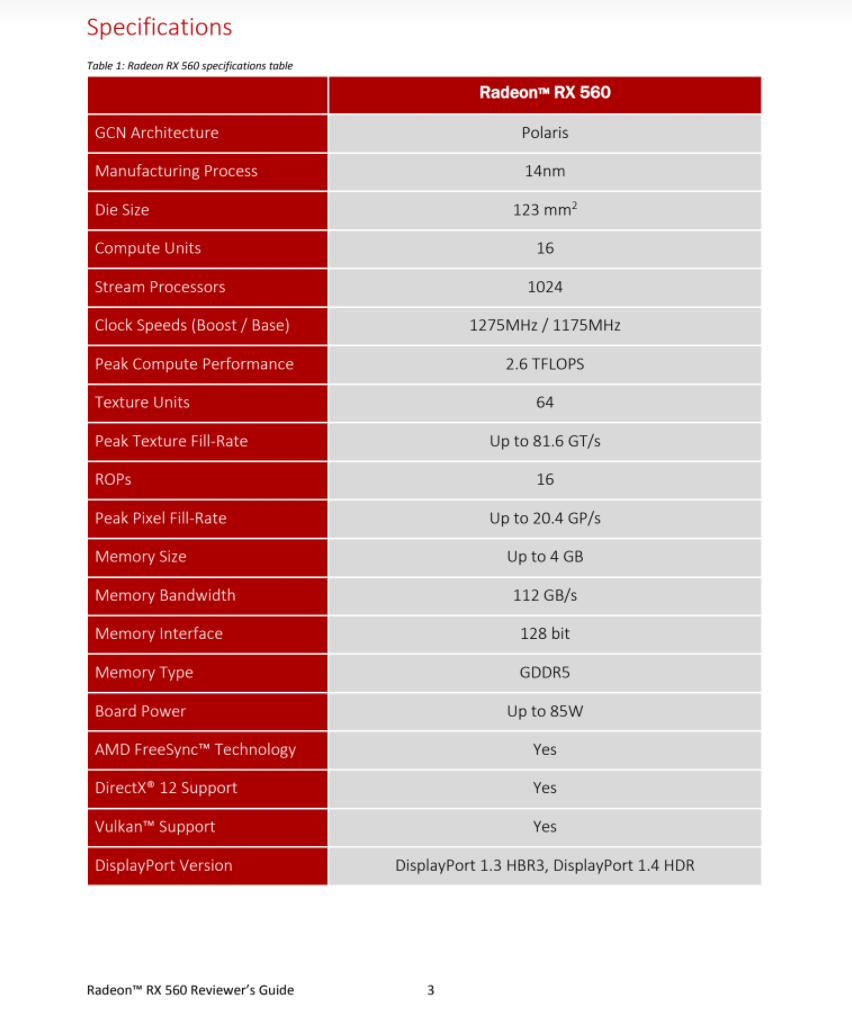 That’s pretty clear: 16CUs. At this moment, there are Newegg listings with 14CUs at the same price as 16CU alternatives: 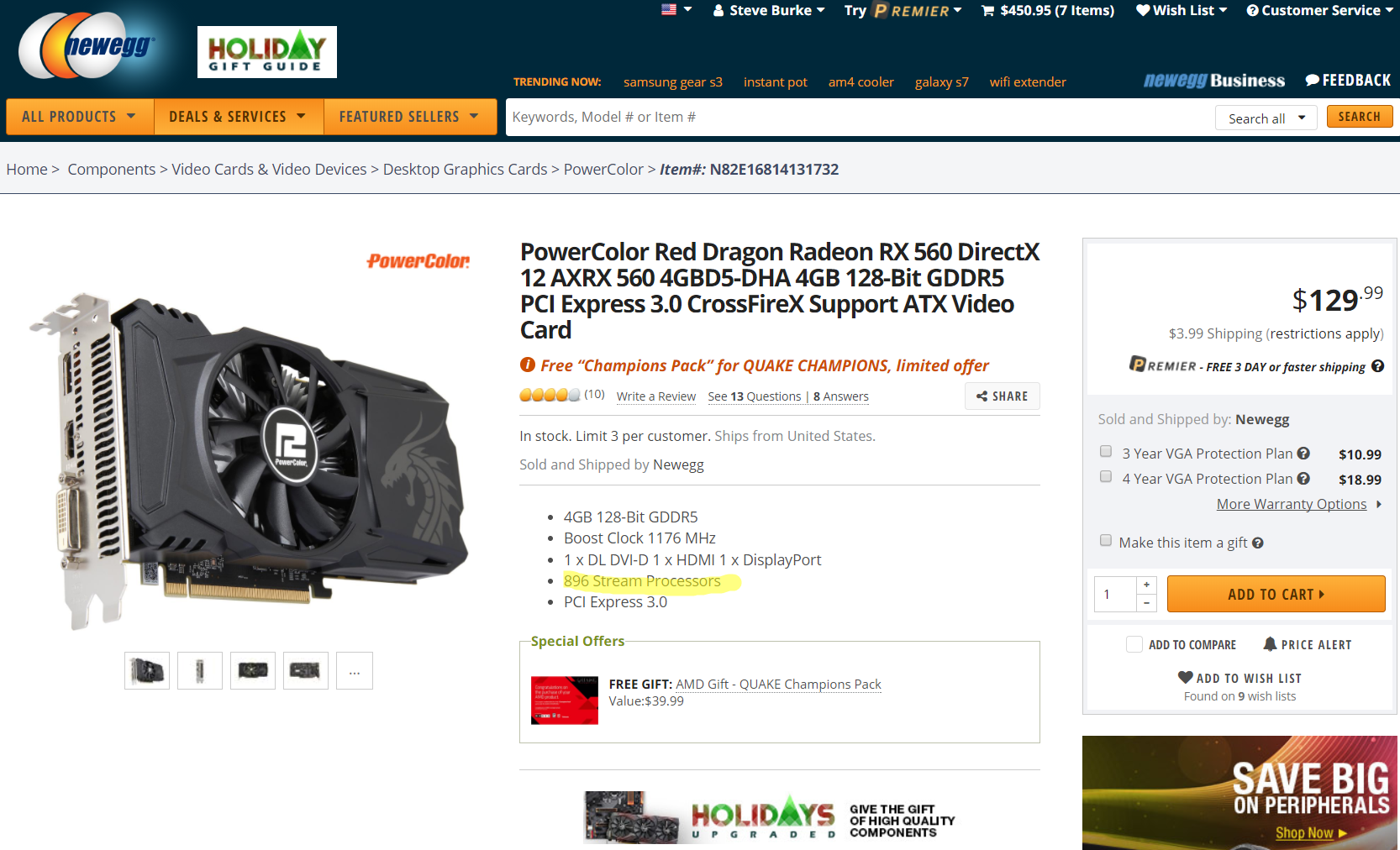 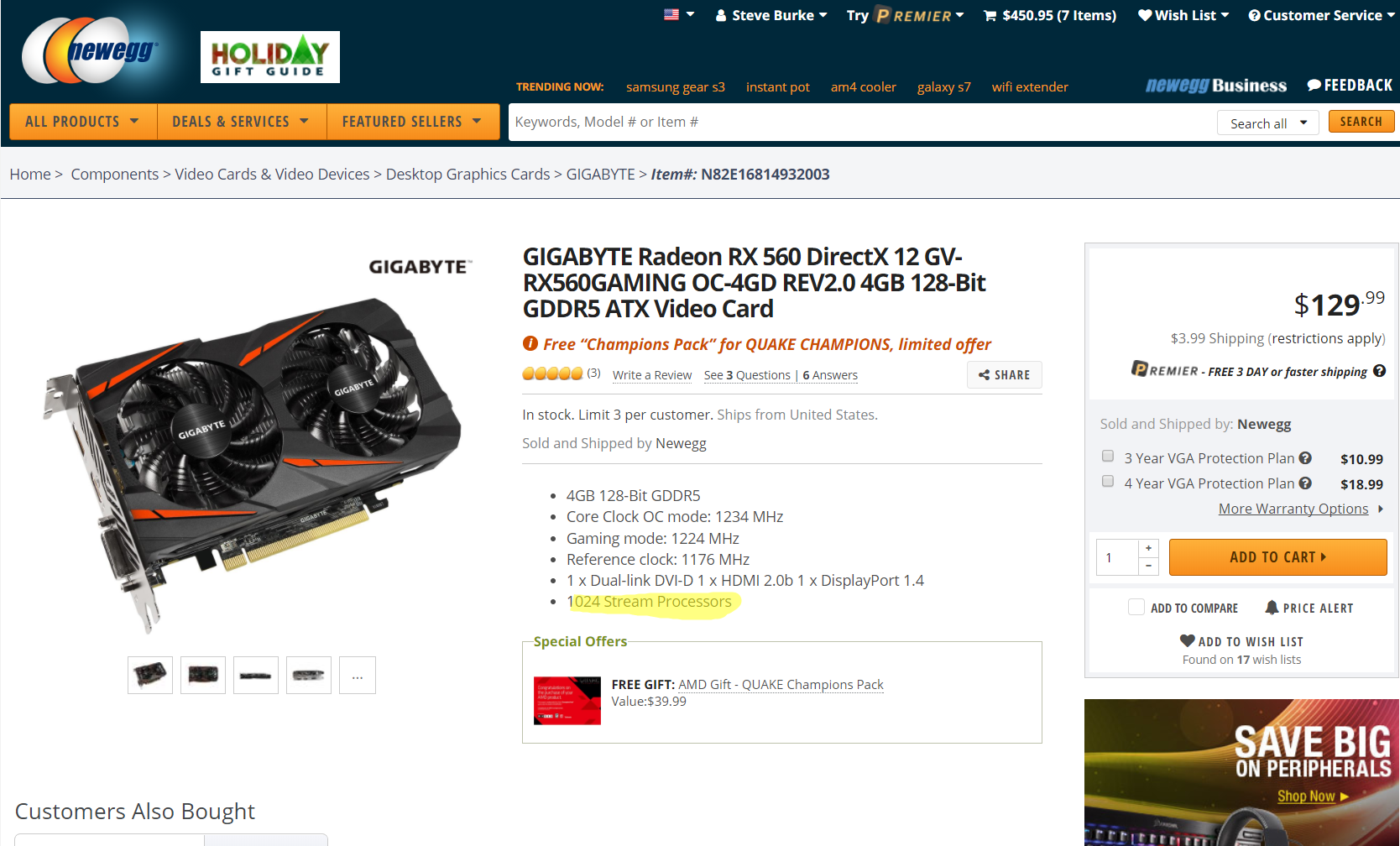 We asked AMD for comment, at time of writing, about 6 hours ago. We have not yet received one, but will update this and tweet once/if we do. If you’re curious about performance, it’s an RX 460 – but about $30 more expensive than it should be. For the record, we never recommended the RX 460, and preferred the GTX 1050 to it; when the RX 560 launched, we actually recommended the 560 at its intended $110-$115 price range. 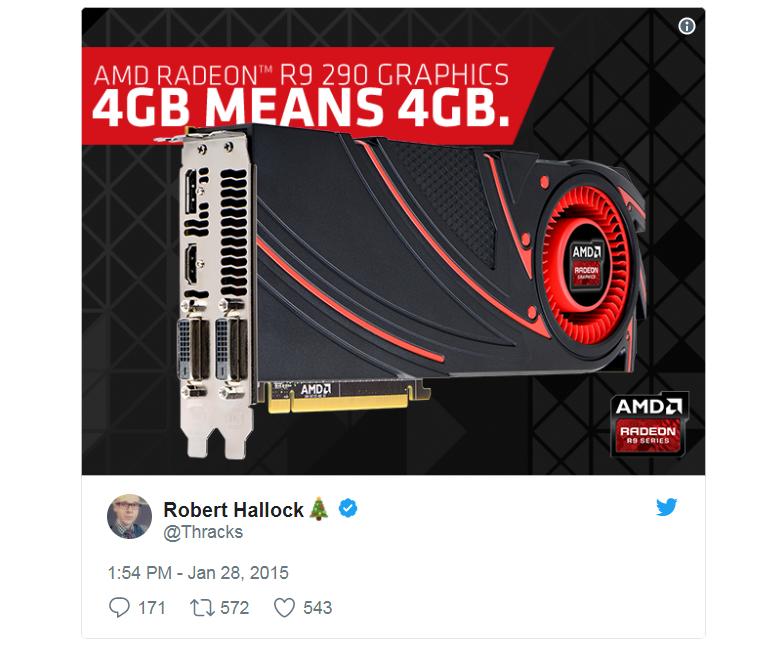 In the very least, this is all very misleading, and deceptive to the consumer. People are now reading our reviews, our suggestions, our video card round-ups, and seeing that we suggest an RX 560; well, we do not suggest an RX 560 that's an RX 460 in disguise, that's for damn sure, and this deception will reflect on reviewers when consumers don't know any better.