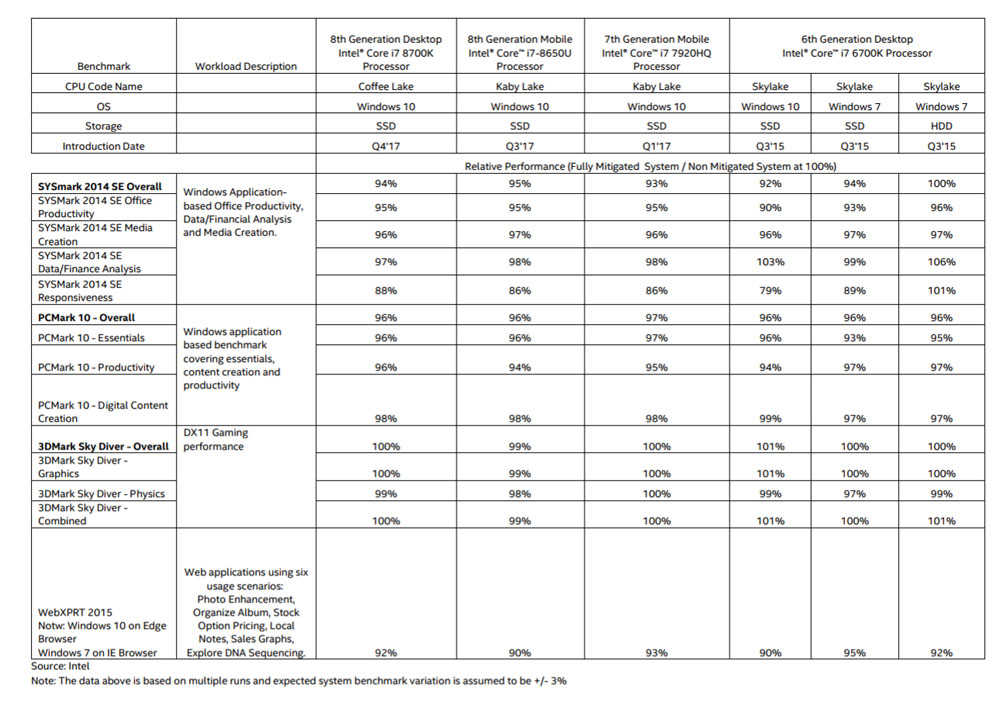 Intel plots a margin of error of +/-3%, which would place many of the findings within test variance or error. The most significant numbers do seem to align with the SYSMark responsiveness test, but are relegated primarily to Skylake with Windows 10. The more recent generations are less affected.

3DMark results and Dx11 gaming tests have shown nearly 100% performance retention, on average, with any performance variance within Intel’s declared tolerance for variance.

WebXPRT 2015 in Windows Edge, used to test photo enhancement, organization, stock option pricing, sales graphs, and DNA sequencing, showed a decay of between 10% and 5%, depending on architecture and OS.

PCMark performance is largely near original performance, sitting between 94% and 100%.

We may do more testing on the patches for third-party validation, but it will just depend on if further updates are released. For now, we’ve already tested the basics.