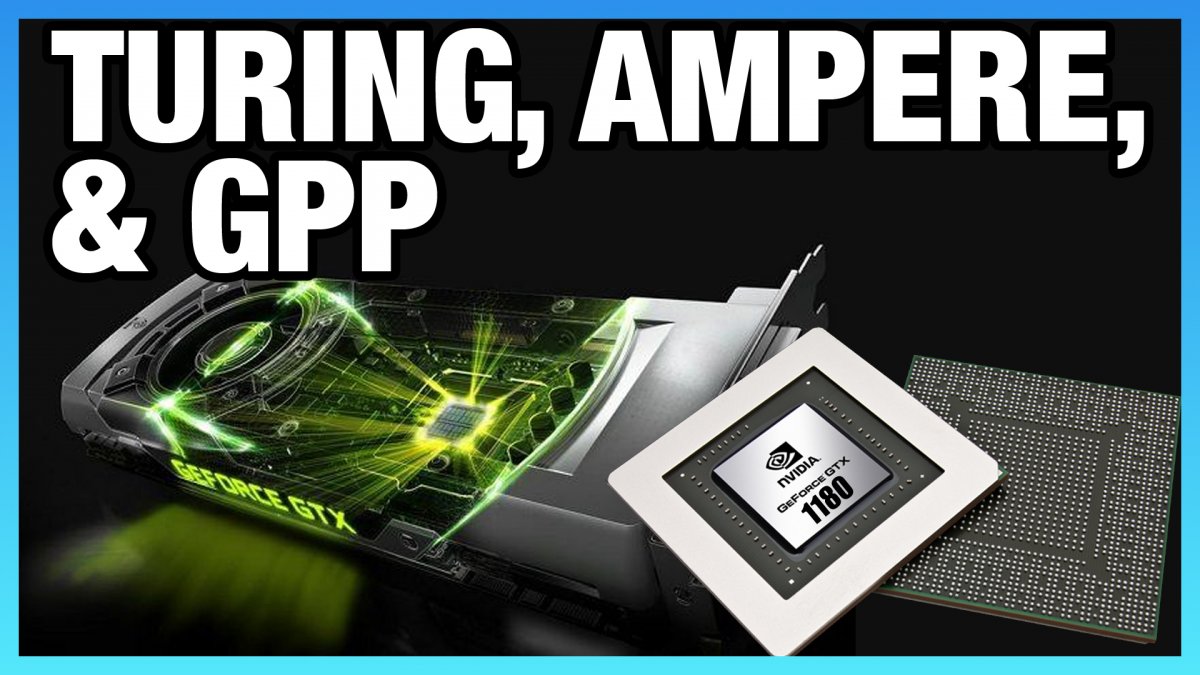 Check the video for these discussion topics:

Nvidia is expecting the arrival of 4K 144Hz G-Sync HDR displays by the end of Q1 for their fiscal year (Nvidia’s Q1 ends on April 29th, 2018), so we can infer that Nvidia believes the new displays will ship in April. At CES last year, Acer and ASUS both had prototypes based on a reference design by Nvidia. However, the promised 2017 release window was delayed, for unknown reasons.

The Acer Predator X27 and ASUS ROG Swift PG27UQ are both based on Nvidia’s reference design, and were to be based on an AU Optronics M270QAN02.2 AHVA panel.

Dubbed Radeon Rays, AMD has announced their Vulcan based ray tracing engine. Radeon Rays will use asynchronous compute in conjunction with AMD silicon--GPUs, CPUs, APUs--to create real time ray tracing capabilities. The engine is open source, and conforms to the OpenCL 1.2 standard, so it can be deployed with non-AMD hardware across multiple OS environments.

Corsair refreshed the H60 for 2018, giving the AIO a new mounting bracket design, an upgraded fan, and a redesigned pump-block and radiator. The new look is identical to the recent H150i and H150i Pro coolers, but nixes the RGB lighting in favor of a static white backlight. The new fan is an SP series 120mm PWM fan, spinning from 600-1700 RPMs. The new H60 offers socket compatibility with AM4, LG1151, and LGA2066. The new cooler comes with a 5-year warranty and should retail for $70.

PowerColor announced their Red Dragon RX Vega 56, which comes in under the Red Devil RX Vega 56 in PowerColor’s product stack. The card itself isn’t overly exciting--3584 Vega stream processors clocked at 1478Mhz, a slight uplift from the reference design. For memory, the Red Dragon runs 8GB of HBM2 on a 2,048-bit interface. PowerColor didn’t disclose pricing, but amidst the market of inflated GPU MSRPs, it won’t be had cheap--if at all.

AMD has publicly addressed the findings of CTS Labs, and announced plans to mitigate the vulnerabilities. Last week, CTS Labs disclosed an alleged 13 security vulnerabilities related to Ryzen, EPYC, and AMD chipsets. Alongside CTS Labs’ findings, Viceroy Research published a report brazenly declaring the expiry of AMD’s stock price in the wake of the purported security flaws. The veracity of Viceroy’s reports has been called into question before, and the “report” seems little more than a vitriolic diatribe, meant as a hit piece on AMD’s stock. It is worth mentioning that it is not the security flaws anyone questions; rather, it is the lack of professional conduct and methods of disclosure by the firms involved. It all reeks of a less than altruistic motive.

At any rate, AMD has acknowledged the security flaws, perhaps lending a modicum of credibility to CTS Labs. You can read AMD’s response here, but AMD kept it to the point. In summation:

For more information and the original story, visit our recent article and video.