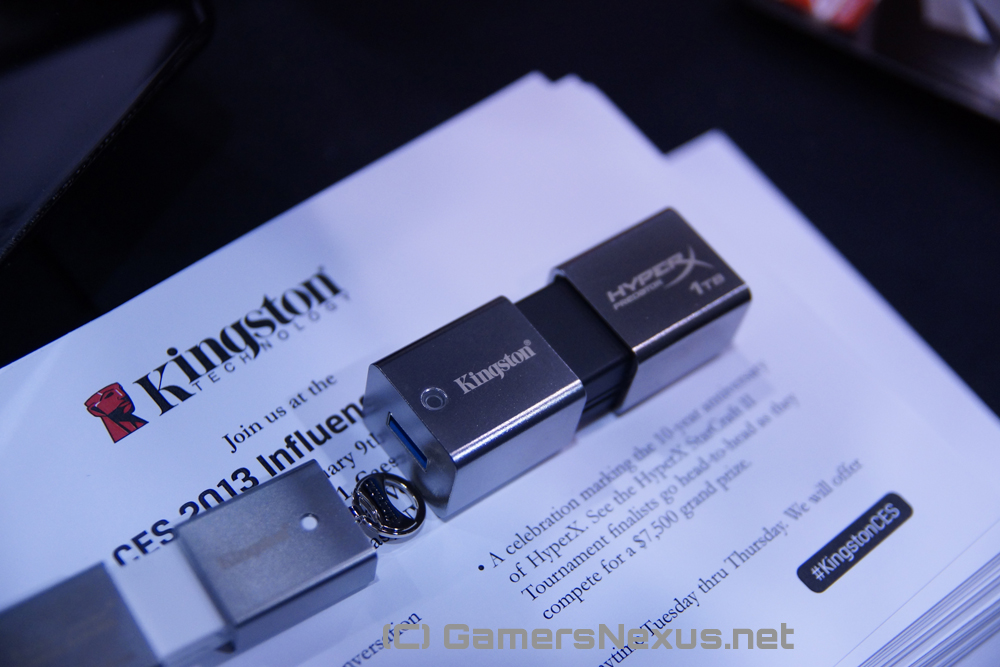 Kingston Digital has just claimed the title of world’s largest flash drive for their DataTraveler HyperX Predator USB3.0 drive. The drive is currently available in 512GB, though they plan to have a 1TB model for sale later this quarter—that’s as large as the HDD I’m using now.

Although the size is the main feature, there are some other specs to look at:

Kingston intends for users to be able to “store their entire digital world on a portable USB 3.0 Flash drive.” The good news: large files will no longer be restricted to a bulky hard drive—think of how many movies could fit in a terabyte, or imagine being able to back up your entire gaming PC onto a thumb drive! The bad news: the 512GB model costs $1337 from Kingston currently, which someone in their sales department must think is hilarious.