NZXT has engineered the HALE90 V2 to accommodate enthusiast building preferences while maintaining a power delivery system suitable for server environments. In a press release, the company took a unique perspective and pinpointed the “server features” -- or those which relate more to the power supply’s circuitry and topology – but still attempted to identify with enthusiasts. Enthusiasts and overclockers will likely be able to identify the unit’s upgrades and compare them to previous HALE PSUs or competitor products in the competing wattage(s).

For example, the HALE90 V2 has a solid bar connecting the main board and the cable-host board, instead of a traditional wiring scheme. That’s a very subtle feature but likely does a better job protecting any parts plugged into the unit’s cabling than a conventional design. Additionally, the printed circuit board (PCB), which is responsible for electrically connecting components, has been tested to provide ten times the thermal conductivity of other solder-resisting designs; NZXT calls this upgrade “white-solder resist.”

Now let’s take a look at some of the more mainstream features worth noting:

When we met with NZXT to discuss their cases, we also had a chance to go over the new PSUs. The quality of engineering was evident during our hands-on, though further testing will be required to officially recommend these products; the PSUs have a clean set of passive heatsinks internally (this is fairly standard, but NZXT’s were a bit more refined than what we’re used to) and uses a plastic sheath over the 135mm fan for air guidance and turbulence prevention, thus dampening overall noise emitted from the unit. 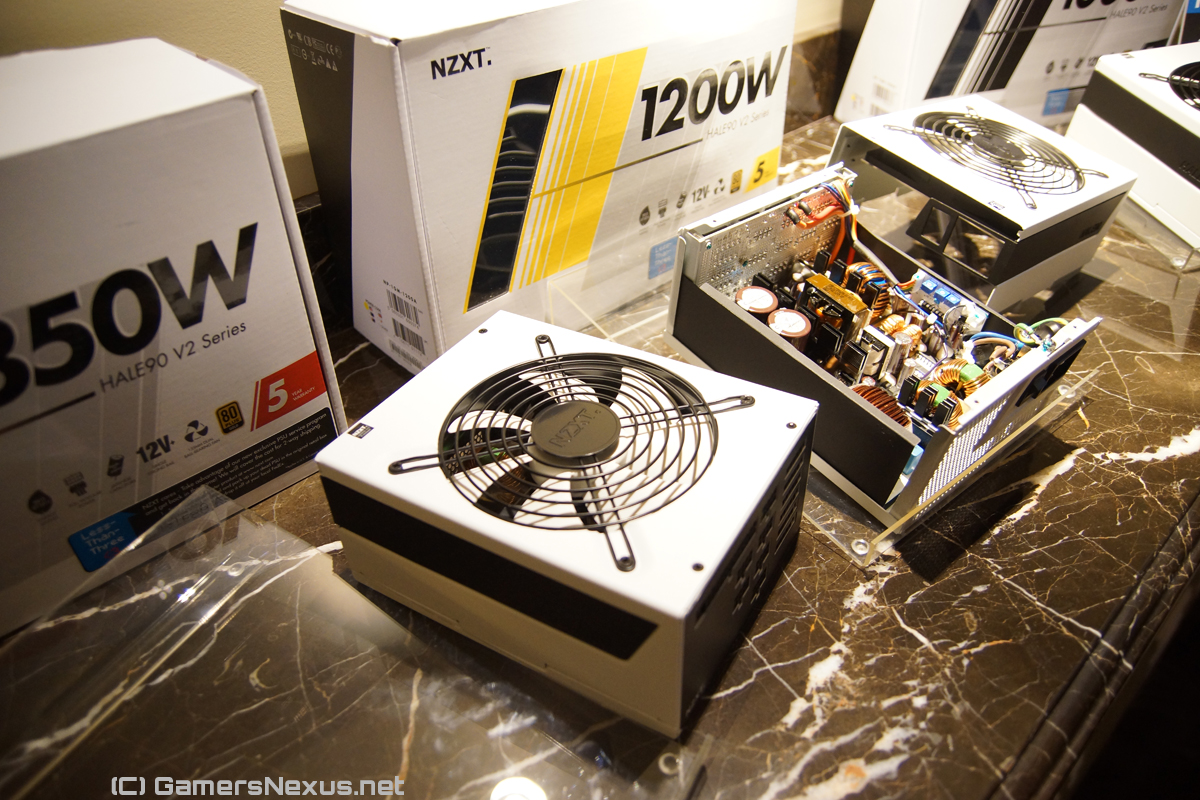 To view the packaged cabling for each model, check out NZXT's Official Website. There you can also get the complete lowdown on the remaining features, specs, and certifications.