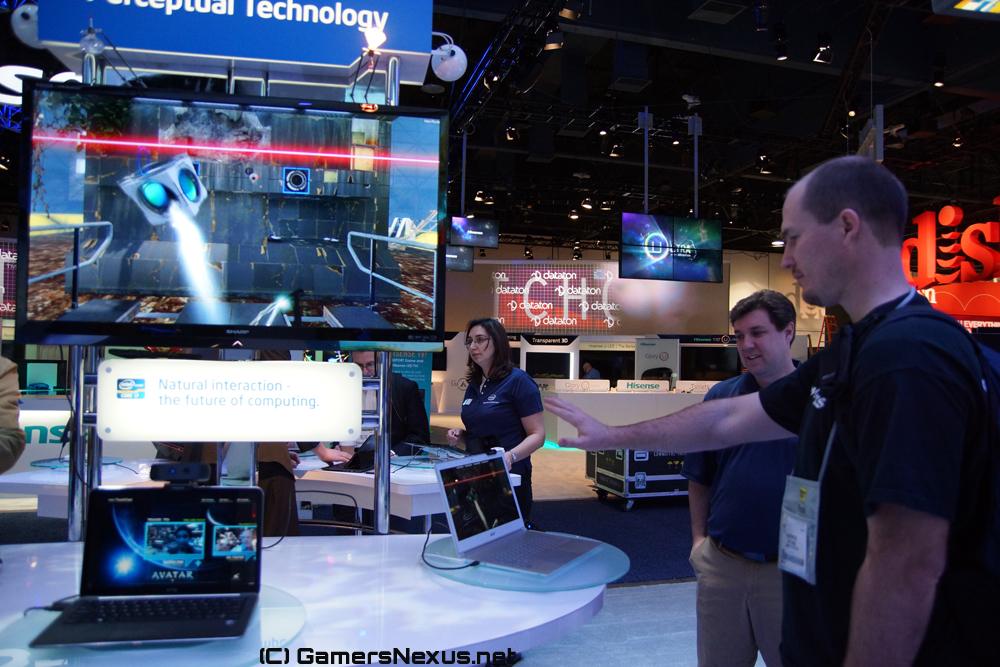 If you've ever just wanted to grab something inside your display and rip it out of its virtual existence, you may be Intel's newest fan: at CES 2013, Intel was demonstrating the development of what they've dubbed Perceptual Technology (in coordination with Creative). Perceptual Technology input asks you to think about PC interactions differently and more naturally, although the new interactions feel abstract to experienced desktop users. No longer are you limited to the keyboard and mouse – with PT, users are given the tools to manipulate any compatible application with hand gestures, facial expressions, and eye-tracking.

While at this booth we were quite literally able to throw a companion cube from Portal 2 with the flick of a wrist, and I must admit that it was somewhat satisfying. Here’s a rough demo video we shot – the audio is unimportant (just background noise from the convention), but it should give a relative idea of how the thing works. 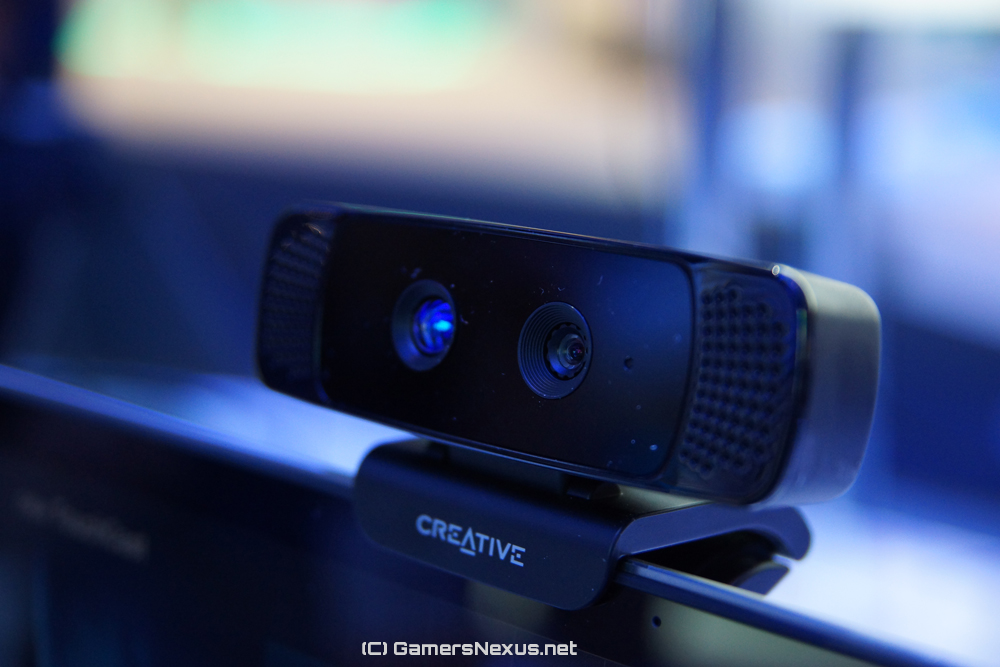 The camera mentioned is a small, light-weight, USB-powered, depth-sensor camera tuned for close-range interactivity powered by technology from SoftKinetic. At CES, the camera was able to track my hand movements to allow me to play a Portal 2 demo level with an enjoyable level of interactivity. It took about 3 minutes to figure out what the system would and would not tolerate from my gestures, and after that I was happily slinging around the beloved companion cube.

The Intel representatives stressed that the technology is still in its infancy, and I believe it shows a lot of promise if developers latch on to it. If adopted, the technology could go so far as to pick up gamers' facial patterns to interpret emotion during the gaming process (or testing process – is the beta tester frustrated? Why?). Think about an RPG that could determine your decisions based upon the look on your face.

The technology ran smoothly on a Core i5 ultrabook so we imagine that a gaming-class desktop unit should have only increased possibilities.

Developers can read more on the API and dev kit at these links: