Finding the right keyboard to fit your gaming style is no simple task, but we'll assert that when you find the right one, you'll know it – it immediately clicks. Heh. In a gamer's search for the perfect peripheral, you'll discover that there are really two different categories of devices readily available on the market:

Low-Cost: The more common, low-cost solution is the rubber dome or membrane style, the wise alternative is the mechanical type keyboard. Rubber dome / membrane keyboards design a continuous rubber membrane with small rubber domes placed underneath the physical keys. When keys are pressed, a circuit is completed and sends a signal to the PC. These keyboards are inexpensive because they're easy to manufacture, but what is important to know as a gamer is that the tactile feedback these keyboards provide is negligible.

High-Cost: In mechanical keyboard design, each key has an independent, actuating switch underneath; depending on the switch type, different tactile and audible responses are produced and give the user highly-desirable feedback. However, with the introduction of so many independent moving parts, the cost on the keyboards skyrockets from the rubber dome cost of US $5-$20 to the mechanical cost of about US $80+.

Cooler Master's new Trigger Green keyboard (unveiled at CES 2013) gives a good starting point in terms of what to look for in a mechanical gaming keyboard. CM's newest member of the Trigger series implements Cherry MX Green switches, which the folks at deskthority describe as "medium stiff and clicky."  From our hands-on testing, we can confirm that this is as accurate an assessment as any; the keys provide a bit of kickback when pressed, helping to aid in APM when gaming or general typing. Cooler Master informed us that the actuation point in these switches is about 2mm and the spring is rated at 80g, contributing to the quick feel and solid tactile response that we experienced at the booth. Visually speaking, the keyboard looks as impressive as its other colored counterparts, using an obvious green LED in each of its keys. We believe that if you've tried a Cherry MX Red and it was way too "soft," and the Cherry MX Black was "pretty close," this keyboard (or at least the switches) may be just what you're searching for to move you that much closer to PC gaming zen.

CM also brought along a couple of their vapor chamber-designed air cooling units, which we expand upon heavily in our article about CPU cooler engineering. If you haven't looked into vapor chamber cooling, check out the vertically-mounted vapor chambers in the TPC 812 and the horizontally-mounted chamber that makes direct contact to the CPU IHS on the V4 GTS. Cooling results on these units have been on-par or better than competitors for a reasonable price.

Another demonstration at the Cooler Master booth at CES 2013 was a sort-of safe stop-and-start fan. CM dubbed it a "Soft Start Motor fan." Before explaining the functionality, the CM rep stuck his finger into the fan (to which I instantly cringed), but the fan surprisingly detected the resistance and shut down its motor. Seconds later—after removing the resistance—the fan restarted as if nothing happened. If you've ever had the experience of someone sticking a finger or pencil in your fans, you can understand the usefulness of this practical little piece of technology. Theoretically speaking, cables or other wayward objects that find themselves in fans could potentially burn-out motors/bearings (a result of resistance to movement, and because bearings need rotation to lubricate properly, they can get hot and fail catastrophically), so this should prevent that. Antec also had very interesting fans to show off, if those interest you. 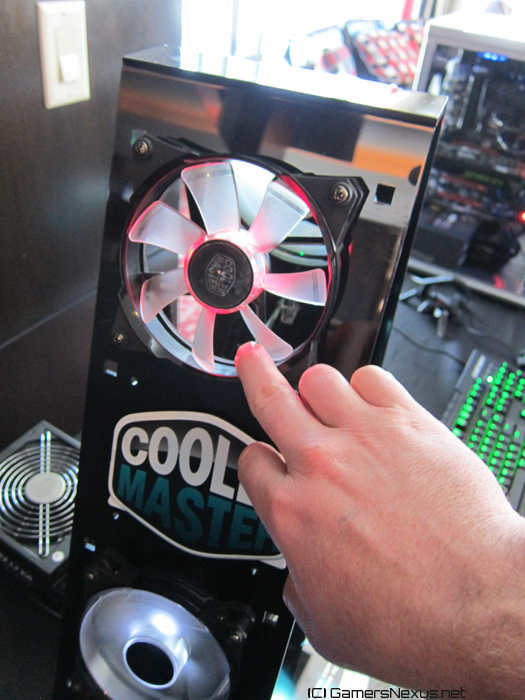 An additional product line that interested GN was the German-developed Eisberg closed-loop liquid cooling series. Liquid cooling is nothing new, but CM would like to emphasize that Eisberg did a particularly good job developing the pump and microchannels (microfin precision on the cold plate) in this series. What drew our attention specifically was that these coolers, unlike other closed loop offerings, suggest a small degree of interchangeability. Please check out the photos to note that the tubes and the filler cap are removable. If your pump does die in the future, you won't need to buy a completely new closed system. You can just replace the pump.

Finally, who doesn't like a sick, nasty mod? CM had a few really impressive case mods at CES 2013. Enjoy those below! 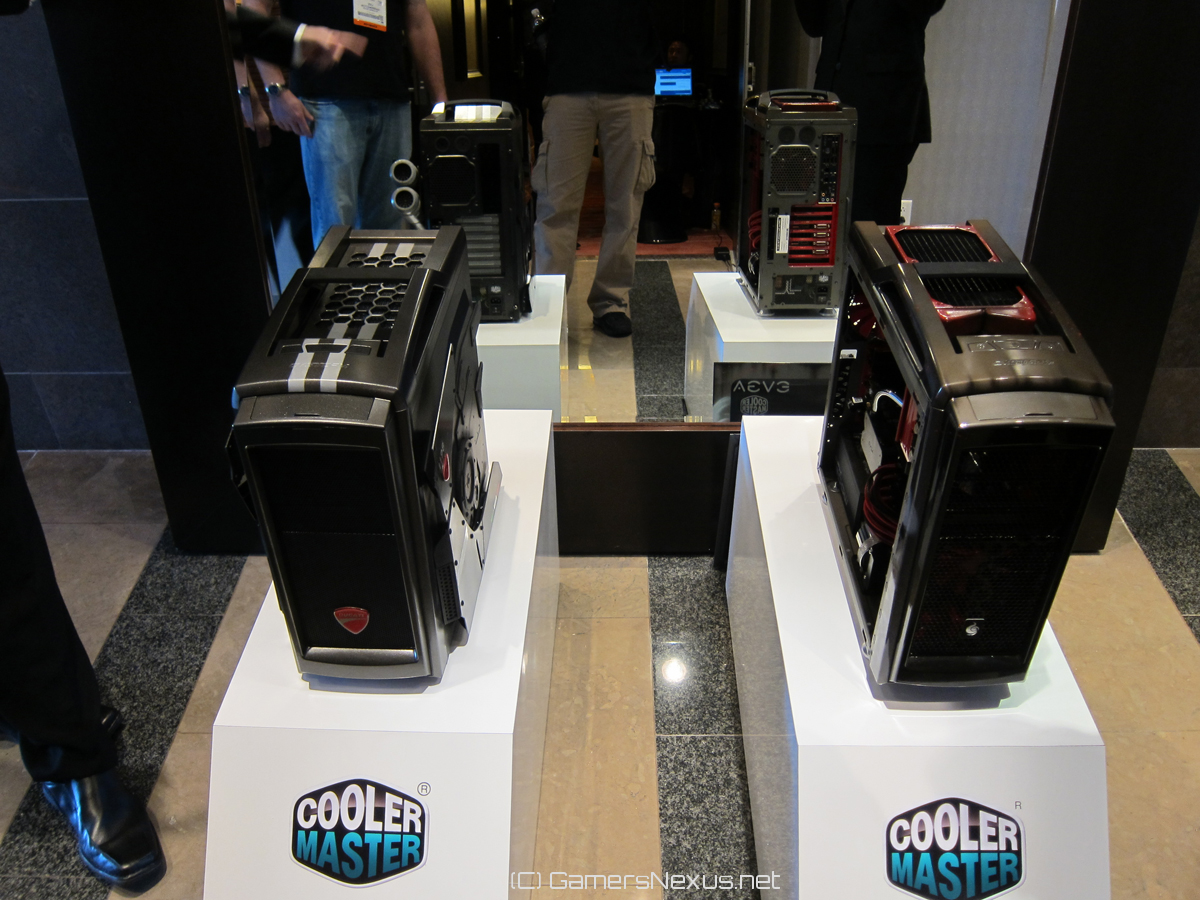