After breaking news on the upcoming Neverwinter game at PAX East last year (very early in its development), we waited calmly for our first opportunity to dive into the new MMORPG. Well, nearly an entire year later, that opportunity finally came: In a special preview event of the new Neverwinter game—which, as emphatically stated by Perfect World, is not to be considered part of the NWN franchise—we were able to get a full hands-on session and experience the mechanics directly.

If nothing else, it sure is pretty. Graphics options overview below.

For the uninitiated, the Neverwinter games take place within the Forgotten Realms universe, home to the cities of Baldur's Gate, Waterdeep, Amn, and everything else along the Sword Coast and internal countryside; if none of those strike a bell, perhaps the names "Drizzt Do'Urden," "Elminster," or "Irenicus" do.

The Neverwinter MMO is clearly targeted toward those familiar with the Forgotten Realms universe or Dungeons & Dragons tabletop ruleset, but despite this, has made strides to appeal to players everywhere. This short post is mostly to show-case the graphics settings and character generation options within the Neverwinter MMORPG, but an ensuing video / article (once we feel confident we've played enough to write a fair evaluation) will go into more depth on gameplay mechanics and interactions. To tide you over until then, the game uses the 4E ruleset and feels familiar to tabletop RPG players, but manages to eliminate the confusing nature of the analog games by automating quite a bit of the gameplay and character creation processes. 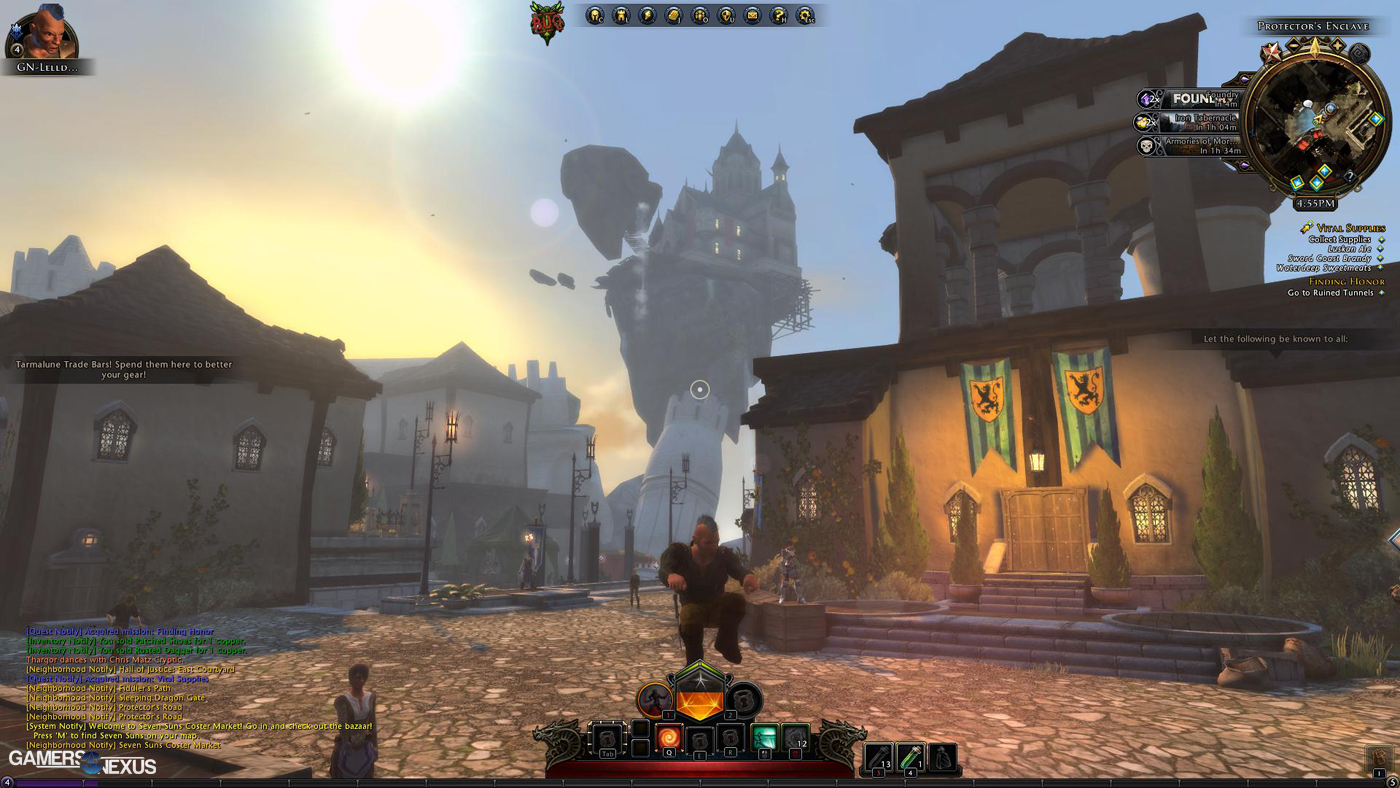 As stated, let's stick to chargen and display options; I'll reserve all the introductory and in-depth analysis for the next Neverwinter post. I took the following video during our early access to the game and everything is still in flux, so if you spot any artifacts or glitches, it's likely they'll be resolved in the final product. The game is still very much in beta.

Jump to somewhere around the 2:20 mark if you'd like to skip my ramblings about the graphics options and just check out the character generation.

Let us know if you've got questions! Any of our regulars interested in this MMO?