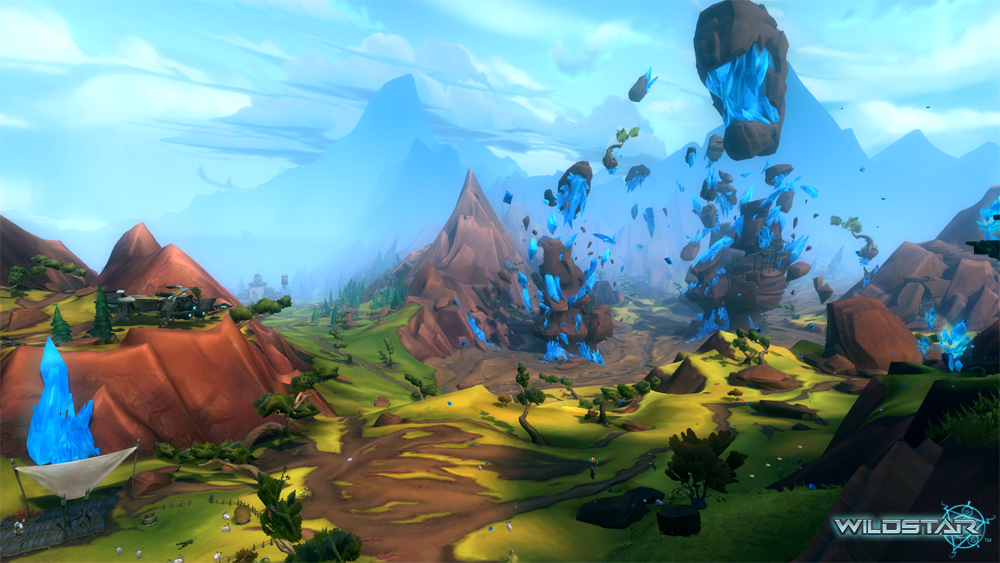 To bring something new to the MMORPG genre in 2013, Carbine Studios is heavily pushing a variation of the typical, streamlined character progression for its upcoming title, WildStar. Carbine recently organized a media QA in which they discussed their philosophy behind their “Paths” rewards system and revealed some more details regarding specific Path types.

For those of you unfamiliar with Carbine’s project, WildStar is a sci-fi/fantasy MMORPG that pits two factions competing for resources against each other, all based on planet "Nexus" (fitting). You can get up to speed on WildStar and Paths by checking out our PAX East coverage.

What are Paths and why do they matter?

Carbine’s main reason for implementing Paths is to give players an experience that naturally fits in with how they already play an MMORPG: Exploration, experimentation, lore discovery, fighting, and user-generated content are all encouraged in this regard. Using exploration as an example, WildStar incentivizes players to actually traverse the map -- using passive stat boosts and items -- rather than just completing quests and leaving half the map uncharted.

If you don’t fancy just killing swamp rats, you can couple your fighter-type character with other Path options - like the above-described Explorer - and keep gameplay fresh. Each path gets exclusive options, too. Explorers will be able to access unique areas in Nexus that other paths don't have access to (their group members can also join, from what we understand).

We already know about the Fighter and Explorer, but Carbine wanted to announce the details and gameplay scenarios for their two new paths: the Scientist and the Settler. Let’s see what they had to say.

Uncovering the Archives with the Scientist 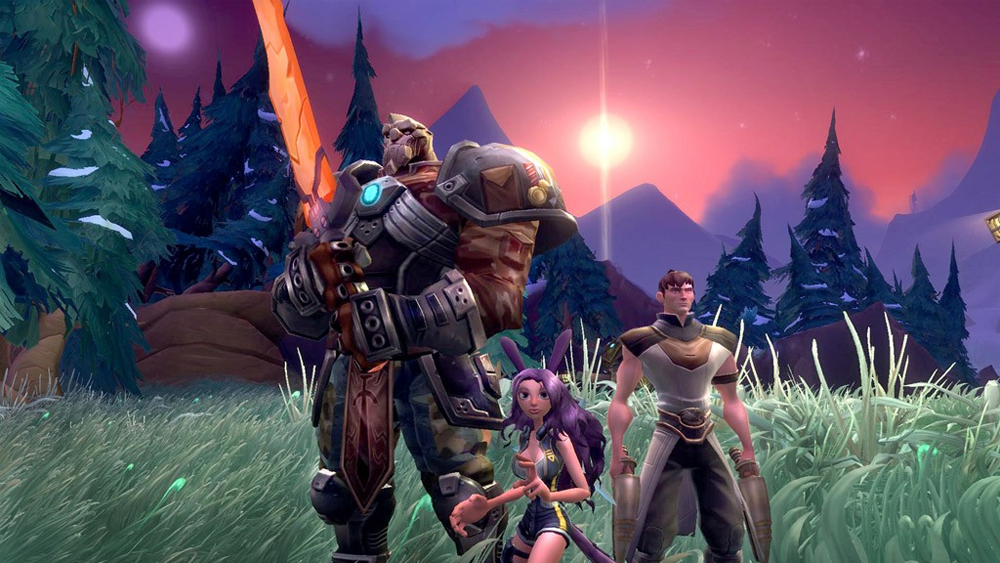 The kind of player who likes to put all the fragmented pieces of a giant story together is likely to choose the Scientist Path. Scientists progress through WildStar by exploring Nexus and gathering information about the characters, wildlife, and artifacts that comprise its history and mysteries.

It’s unknown exactly what Scientists can do with the information they have gained, though Carbine shared a little with us. First, there are two ways for a Scientist to unlock knowledge. There’s the scanning system -- performed with your accompanying “Scan Bot” -- and then there are scattered data cubes. These are research notes left behind by the Elden, an advanced race that has mysteriously disappeared from Nexus. Based on our impressions from Carbine, data cubes unlock another layer of information in the archives. Here's what Carbine had to say about the Scientist:

"The Scientist [is] focused on delving deeper into the story of Planet Nexus and the scientific anomalies or alien organisms or exotic materials -- everything that's sort of cool about this unexplored planet called Nexus. The scientist will be doing things that uncover those secrets. They dig into the lore and get special entries into the galactic archives [effectively a lore database]. Scientists get a Scan Bot that's unique to the scientist -- they're very lore-focused and driven.

Although it may seem that the Scientist opts for more of a single-player path experience, they're also meant to help out in group play. The Scientist can use a specific knowledge set to “experiment” and create new items which will present advantages in combat, exploration, etc. – all while granting your team Path XP toward advancement. Carbine said:

Once certain pieces of knowledge are gained, a scientist can use his knowledge to create special items through Experimentation. Those items have benefits in the real world -- whether that's combat or movement or those sorts of things -- and the scientist can share those things with his group.

Developing Nexus with the Settler

Where the Scientist interacts with the environment around Nexus, the Settler interacts with the characters and players within Nexus. Settlers are a social class that has the ability to develop Nexus on a small and large scale -- including construction of settlements.

Individual Settlers can make “improvements,” like buff generators and vendors, or they can team up to build larger “infrastructure,” like healing hubs that will literally generate medics. Carbine explained that Settlers can interact with dev-designated "Depots" that can be developed into open-world settlements, where players can congregate and reap the benefits of nearby healing and vendors. Development of Depots requires resource gathering (see: most crafting elements) and compilation, and it doesn't stop there: the enemy faction (PvP servers) can attack player-made settlements, though we're not yet sure if they can inflict actual damage to buildings.

Carbine explained that Depots are excellent sources of community collaboration; given the requirements of a specific region on the map -- maybe it's more hostile and needs medics, or maybe it's ideal for a trade hub -- Settlers can pick specific upgrades and target that settlement toward the local community. Buildings constructed by the Settlers are then tagged with their name, so if you're benefitting greatly from a specific building, you can see who's responsible for its creation.

"The Settler path is designed around social players -- players who like to interact and help their friends and their faction and their allies. Conceptually, what the Settler is doing is sort of helping to develop this hostile alien world at the edges of space. In practice, they're building things: Improvements to existing towns and quest hubs, sometimes they're completely new and unique settlements out on the frontier, like things that make the lives of your faction easier. They can build a travel hub, or those sorts of things. Things that make the play experience of your faction more rewarding."

Carbine didn't get into the specific bonuses, but based on our PAX East coverage, we imagine that building infrastructures could present group advantages -- like improved resource gathering, or even infrastructure eye candy.

What’s Next for WildStar?

Apart from closed beta, Carbine Studios will be revealing more details on Paths and other gameplay elements in WildStar every few weeks. We said it in March, but we’re eager to hear more about how War Plots (player-created PvP zones) amplify faction vs. faction combat and create a battle environment never seen before.

The closing note for our recent Carbine conference was pretty straight forward: "We want players to play the way they want to play. Picking a Path at the beginning is basically saying, 'I like this kind of gameplay, so I want a lot of that -- I want different variations of that, and I want to make my play experience with this character different from [that of] others.'"

And for more information on Paths, head to our PAX East article.

Got a question for Carbine? Type out a comment below, and if we get a handful of good Q’s, we’ll reach out to the devs.