Maker Faire is a self-described "Show and Tell festival," primarily with a focus on making things and learning about DIY projects. This year featured a heavy focus on 3D printing, robotics engineering, and electronics DIY projects. A significant area of the exhibition center was allocated to a soldering workshop (learn to solder electronics) and lockpicking workshop.

I'd say the demographic was a pretty fair mix, though a noteworthy count of children were present at the event. Given the focus on education and teaching, this is right in-line with the event's marketing.

When we visit these conventions and shows -- CES, PAX, GDC -- it's pretty expected that exhibitor tables are tied to a product or sale of some kind. Maker Faire is a bit different. In our exploration of the mid-sized expo hall, we found that a few tables actually didn't have anything to sell (or weren't serious about it), but were rather genuinely interested in showing off their creations and educating visitors. If that sort of DIY spirit jives with you, it's worth checking out a Maker Faire nearby. 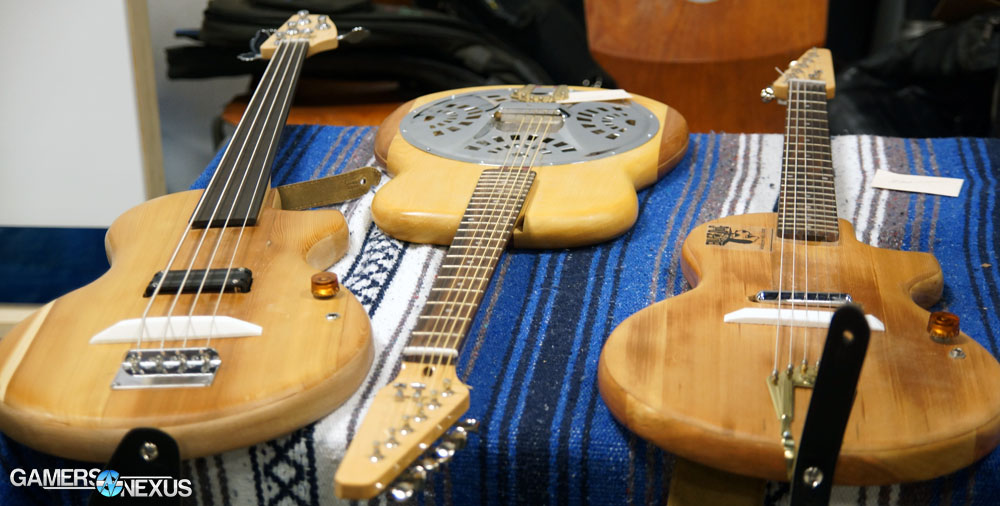 Press registration this year was chaotic and somewhat abrasive. We have an easier time dealing with CES and PAX -- events that are upwards of 12x larger -- but that's understandable for a new convention. Hopefully they'll sort out priorities and growing pains in short order. Once past that, things ran smoothly and were worthwhile. 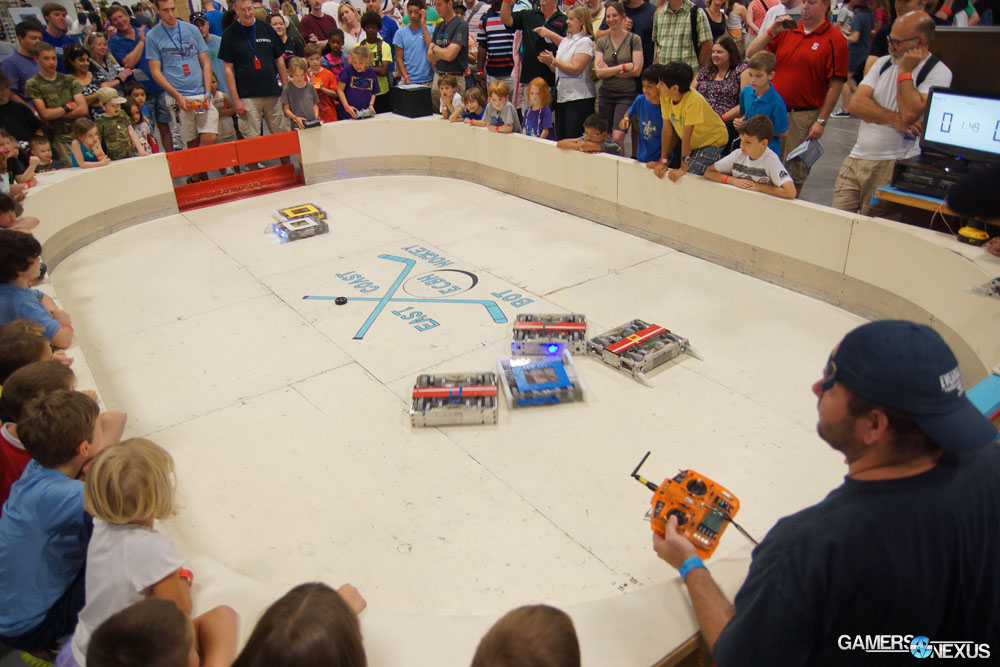 Battle bots! Except with the much safer hockey variant. Huge attraction.

The normal attendance badge (no VIP) cost is right around $10 for the NC Maker Faire and it probably took us 1-2 hours before we'd seen everything once; attendees with kids will get more value out of the event through the workshops. For those debating attendance at a local Maker Faire, I'd say it's well worth the ticket price as long as you're within a few hours' driving range. The NC Maker Faire isn't ready for a far-reaching audience just yet, but it's worth the trip if you're already in NC.