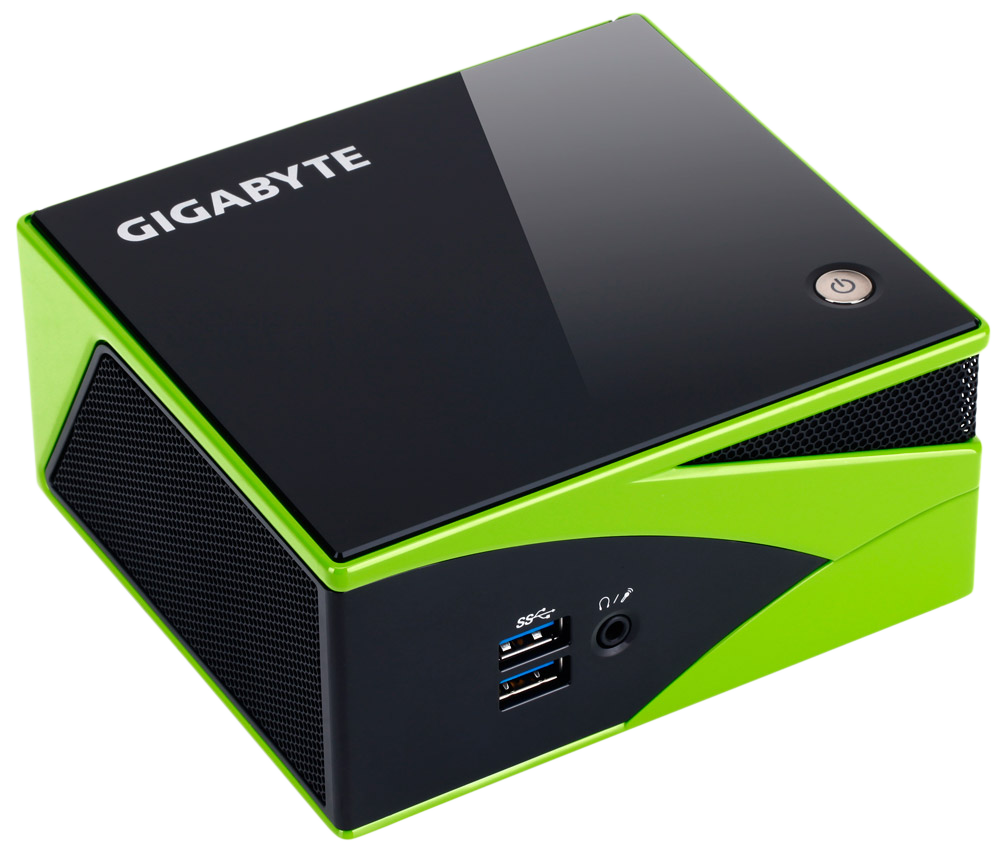 Gigabyte first debuted its Brix Pro Steambox at CES 2014, where we got a powered-down hands-on with the device. Steam's recent delay in the SteamBox -- a result of a major controller redesign -- has caused manufacturers to reconsider branding of their pending devices. Because Steam has to give the green light on licensing its name for system makers, and because Steam machines have been delayed, manufacturers are stuck with products that can't be sold until an unset date. That's a huge risk, and so we're seeing these companies rebrand their products as "MiniPCs" and HTPCs. Case and point: Zotac's EN760 was originally slated to be a Steam Box of sorts, but ended up shipping as a mini gaming PC.

Gigabyte notes that the GTX 760 on-board uses "3GB/6GB GDDR5," meaning units will be available for purchase with both specifications. Like the EN760, the Kepler GPU is capable of decoding for 4K output, though you certainly won't be playing any games at that resolution. It's primarily just a marketing feature right now, but can be adapted for high-resolution video playback, in the very least.

An Intel i7 upgrade model will begin shipping in August, likely with the 6GB GTX 760 included. We can't speak to performance definitively until we've gotten hands-on, but it seems likely to me that the i5/3GB model will be ample for any modern gaming tasks.

Again, just like with the EN760, this unit ships as a barebones kit. Users will have to supply their own RAM and storage devices.

We have not yet spotted the GB-BXi5G-760 on etail channels yet.