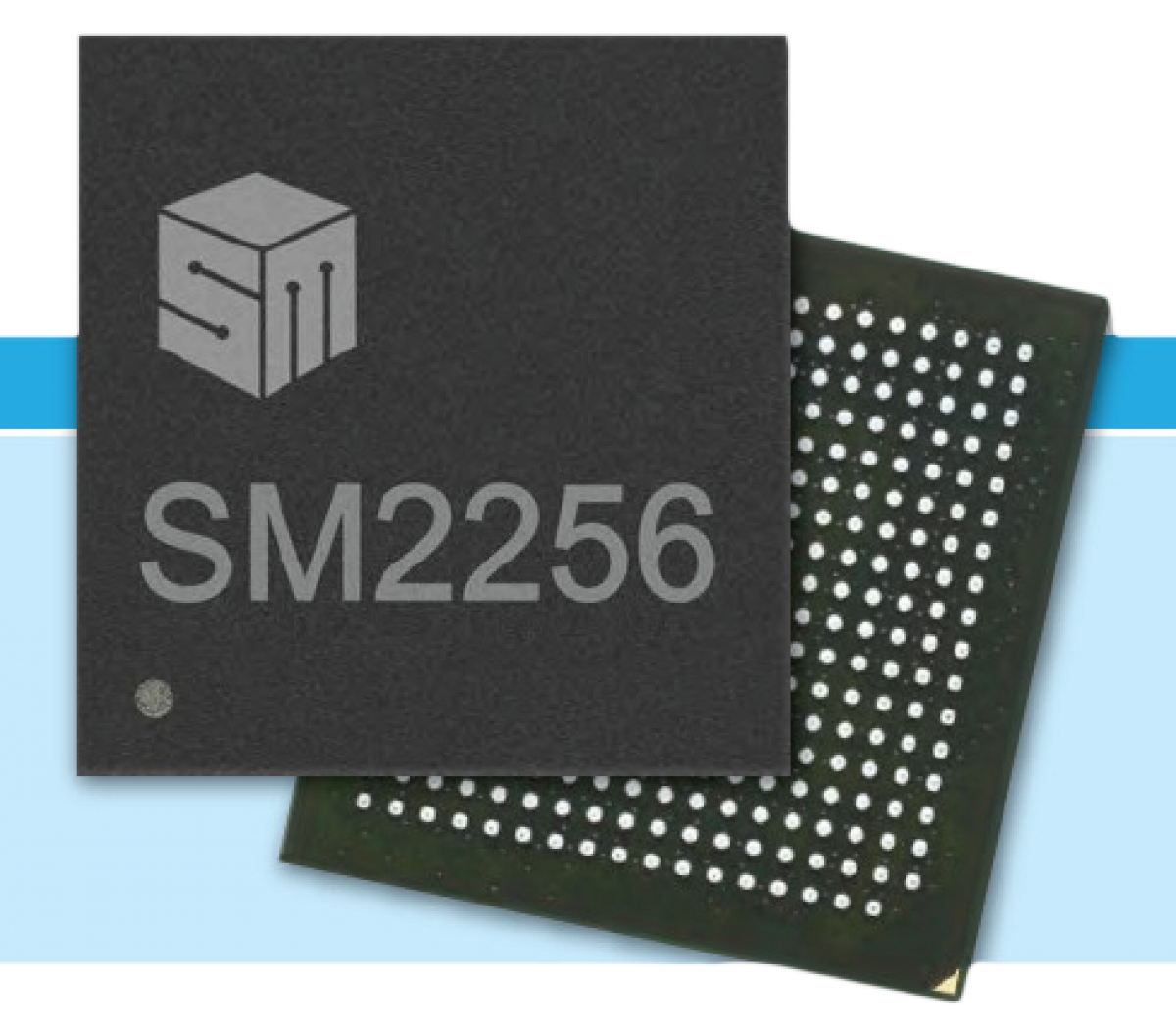 One of the hurdles of TLC NAND and VNAND is an inherently lower count of program / erase (P/E) cycles that the SSD can endure. This is the nature of packing more voltage levels into a cell to accommodate for the extra bits each cell can hold (yielding our higher capacity and lower cost). More voltage levels means more granularity required when attempting to read/write data, and the NAND loses its ability to accurately perform those reads / writes as it ages. Controllers have to step in to ensure longer life when using TLC NAND.

Silicon Motion's (SMI) new SM2256 controller introduces TLC and VNAND support in a packaged controller + firmware solution, which will be supplied to SSD manufacturers for use in new drives. Samsung is presently the only manufacturer producing VNAND and TLC en masse, though that may change going forward.

ADATA and PNY are two of the manufacturers who've favored SMI in recent history, though the next generation of consumer SSDs will likely see more even distribution between controllers used.

The SM2256 controller uses low-density parity check error-correction -- similar to what SandForce Gen3 uses -- in an effort to elongate usable life of the NAND. ECC (error checking & correction) is responsible for checking bits of data and correcting failures, where possible, ultimately making for a more stable and reliable storage solution.

This image makes things a bit easier to understand: 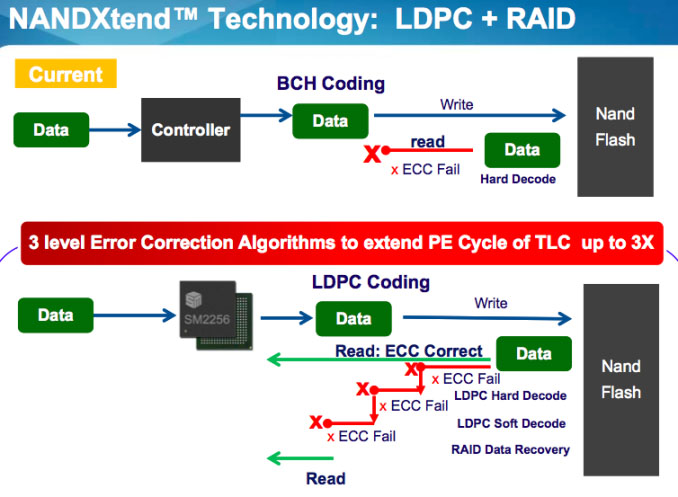 In the SM2256 solution, an ECC failure has a few more chances to be recovered or corrected by the new controller's more advanced LDPC error-correction. SMI calls this "NANDXtend" which, despite sounding like a male product advertized at 3AM on Spike, is said by SMI to improve endurance of the NAND to 1.5K-3K P/E cycles from the more typical ~1000. This is done by using a hard decode pass (fast and redundant in the event that the ECC process doesn't catch an incorrect bit), soft decode, and then RAID data recovery in event of a failure.

Mass production of the new TLC-ready solution should be expected for 4Q14. Devices will likely ship in 1Q15. The new SandForce Gen3 controller will be shipping in consumer devices by 4Q14, from what we've been told.