This is What a Professional PC Build Looks Like: NZXT + CyberPower Collaborate 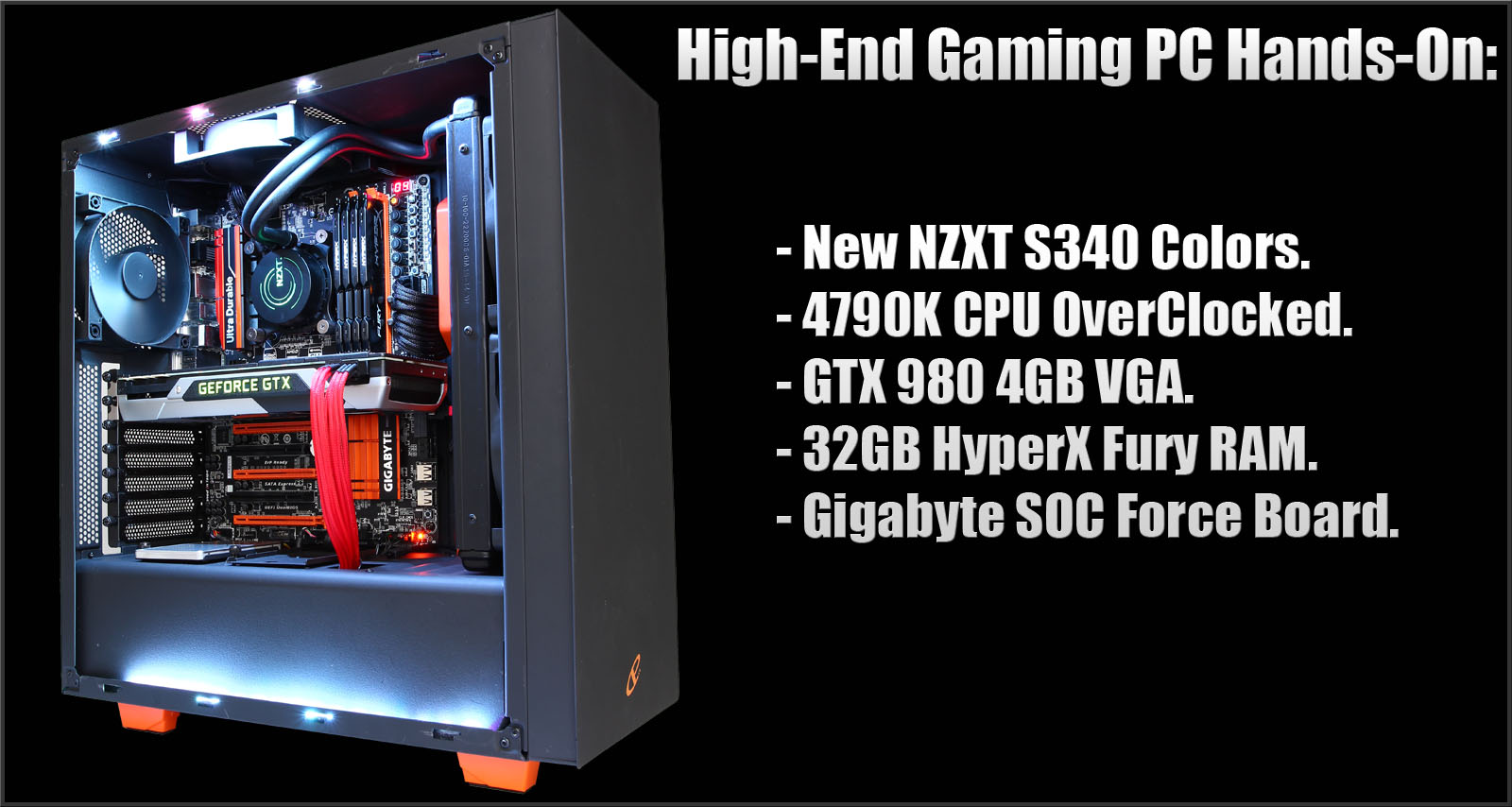 Shortly after Game24 and the GTX 980 unveil (fully benchmarked here), we visited the likes of NZXT, HyperX (Kingston), CyberPower, and others to learn more about the inner-workings of the industry. This is something we're making a habit of, including previous tours of nVidia's phenomenally expensive silicon failure analysis lab and Kingston's SMT line, where we showed how RAM & SSDs are made.

We found a fairly high-end system in the CyberPowerPC meeting room that was begging for video coverage. The unit used a modified version of NZXT's S340 enclosure, through the window of which we spotted nVidia's new GTX 980. As for the processor, the custom-built rig was running on Intel's Devil's Canyon 4790K CPU overclocked about 10% (it's capable of more, but would require fine tuning due to thermal constraints). The CPU was topped-off with NZXT's X61 that we've previously spoken about – a 280mm CLC powered by Asetek, staking variable pump speed as its claim to fame – and the host platform was Gigabyte's SOC Force Z97 overclocking motherboard. A full 32GB of HyperX Fury memory (clocked at 1866MHz natively and easily overclocked) was found slotted into the board. We previously reviewed HyperX Fury over here.

One of the most notable items is the rehashed S340 case. The below video shows this high-end gaming system and its enclosure in action, complete with dual-strip LED lighting and a remote to control the colors.

What Changed with the S340?

NZXT and CyberPower are collaborating closely on a recolored S340 – the chassis is the same, the frame is the same – to offer the case in an orange on black and red on black suite. The S340 is part of NZXT's initiative to remove plastic from cases; it's still got some plastic on the front panel, but you won't find any plastic panels elsewhere. As with the stock S340, the custom CyberPower Source 340 chassis will include a power supply shroud (hiding the PSU and cabling) and cable “shroud” on the right side of the frame. Both shrouds will be colored in orange or red, depending on which unit is ordered, with matte black for the rest of the case. CyberPower branding will be painted along the shrouds.

The unit we saw was a production model, meaning that it was just a sample to test out the colors. The shroud wasn't yet painted, but we were able to obtain some renders from NZXT and CyberPower:

It's got potential. Either way, we know that the enclosure will (presently) only be available through CyberPower's website – it is yet unknown if NZXT will sell the recolored models separately after some contractual period of time.