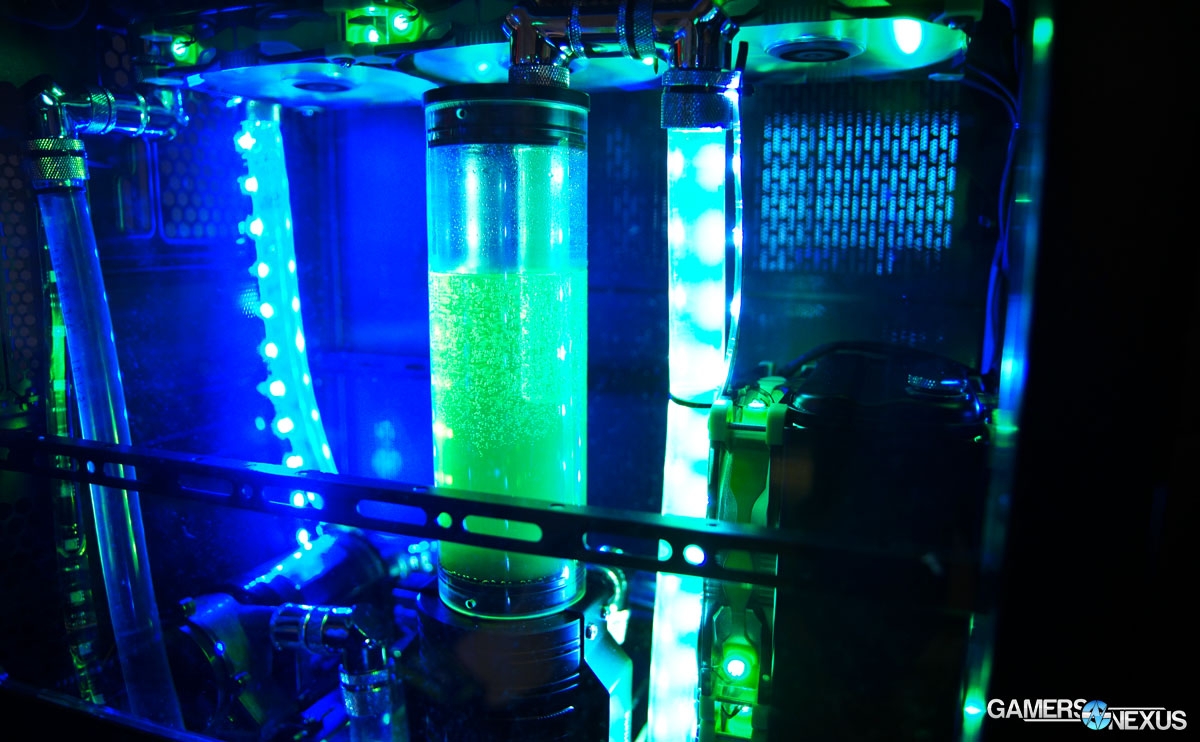 Thermaltake released their latest trio of cases at CES 2015 yesterday: the Core X9, Core X2, and Core X1. The cases are designed to be stackable and, when stacked, they have enough room for even the largest liquid cooling systems. The Core X series cases houses its motherboards horizontally and can be almost completely disassembled to the builder’s liking, allowing for complete customization. The other thing that really pops out during the first impression is that they are large, and in the Core X9’s case, really large. Here are some of the measurables:

The flagship of the series, the Core X9, can support the largest radiator we are aware exists at 540mm. This is the same radiator that Thermaltake created some time ago, before realizing that there was no case that it could actually fit inside. In order to achieve the feat of containing such a massive radiator, two of the X9’s must be vertically stacked, and when this stacking occurs the combination becomes quite unwieldy. Thermaltake’s solution to make the stacked X9’s more manageable was to ship them with casters allowing the proud owners to roll their new creations from show to show or room to room. A final touch that comes standard in all of the Core series models are magnetic dust filters. Thermaltake’s showroom presentation of these cases was impressive -- almost resembling an aquarium -- clearly demonstrating that the company has a solid grasp of what makes the custom liquid cooling market work.

True to their intentions from a year ago, Thermaltake has decided to re-enter the custom liquid cooling market with open loop products. The suite had a large variety of LC components: There were about 15 different radiators, 7 unique reservoir/pump combos, several different types of tubing, a few cooling blocks, some junction blocks, and more fittings than anyone would likely ever need. They also had a couple of experimental cooling products on display that both featured large fan designs: a 230mm fan-cooled radiator that had produced surprisingly good results (unlikely to make it to market), and a socket 2011 air cooler that was extremely heavy and interesting, shown in our video coverage. As a finishing touch, Thermaltake is now offering a touch-screen LCD fan controller as well for $35 MSRP. 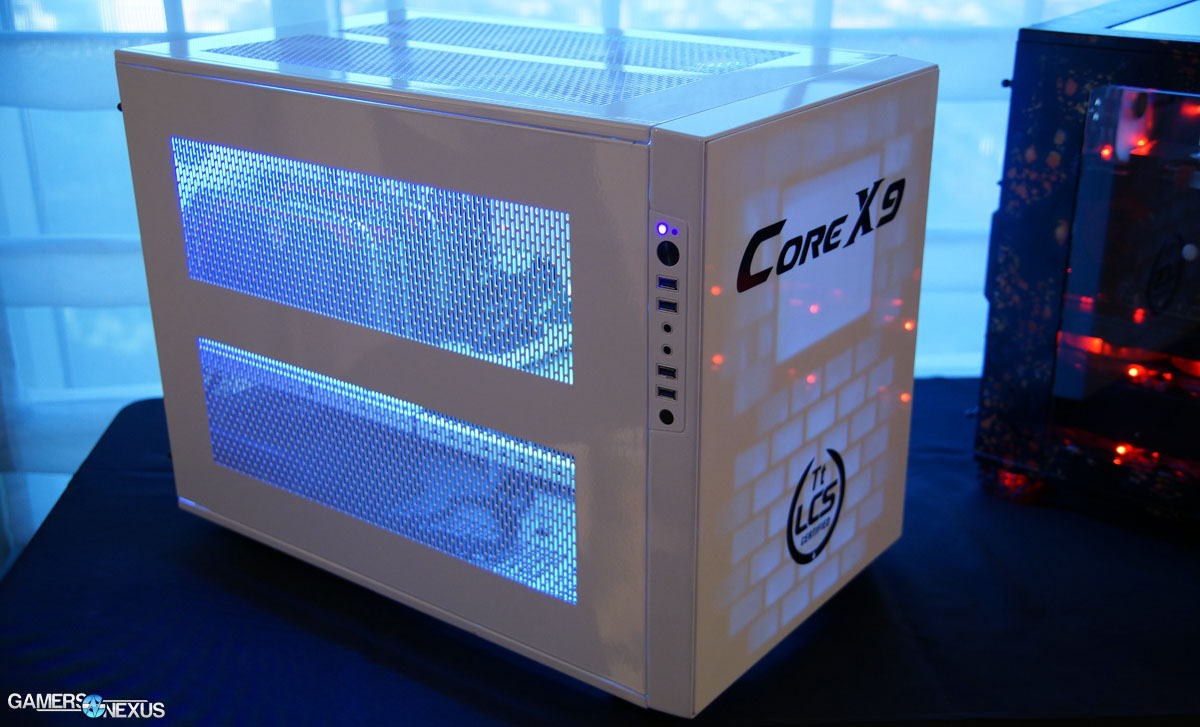 Thermaltake did an excellent job presenting their new Core X line up insofar as suite and product layout. The suite had some really fantastic LC builds and a few custom cases created by professional modders, making for a glowing atmosphere of LEDs and liquid. That being said, it is hard to imagine many users giving up 15 inches of floor or desk space to fit one of these monsters in their PC gaming space. Thermaltake's space requirements and specific use-case scenarios relegate these enclosures to a very specific type of power user, build quality is decidedly average and metals are a bit thin, but breathable.