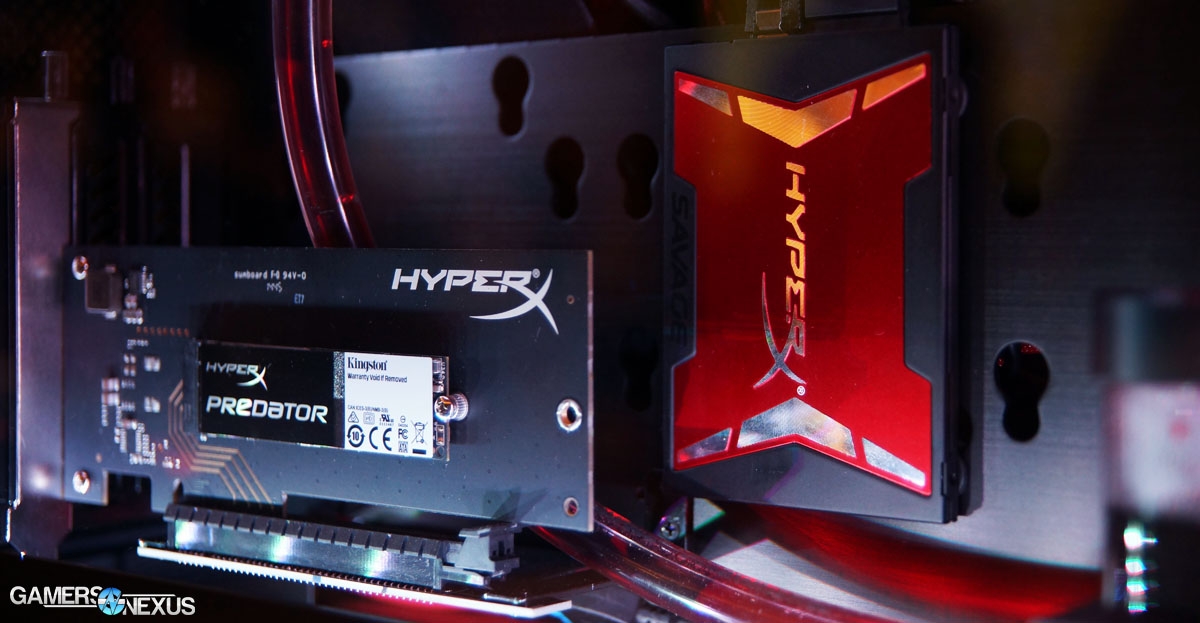 The Predator name is now being used to label PCIe SSDs while the Savage name takes over where the HyperX 3K brand left off.

The more impressive of the two drives is the Predator, given its PCIe interface. Other companies have also announced PCI-e SSDs at CES, including Plextor (M6e Black Edition) and AData (Premier Pro SP900 m.2 2280). We’ve been expecting the move to PCIe for quite some time and are glad to see the technology being marketed to the enthusiast audience at this year’s show.

Interestingly enough for desktop users, without the M.2 interface and introduction of Ultrabooks, we may have been waiting on this transition for an even longer time. Thanks to M.2, we are now getting the Predator SSD that comes in 240GB, 480GB, and soon 960GB. It can be included in systems without M.2 slots through the help of an optional all-black PCIe Gen 2 x4 adapter. The adapter has aesthetic design touches, like purposefully exposed traces and a prominently displayed HyperX logo. Kingston notes that recent component color fads were taken into aaccountwhen designing the matte black & white Predator, indicating MSI's white and black motherboards. 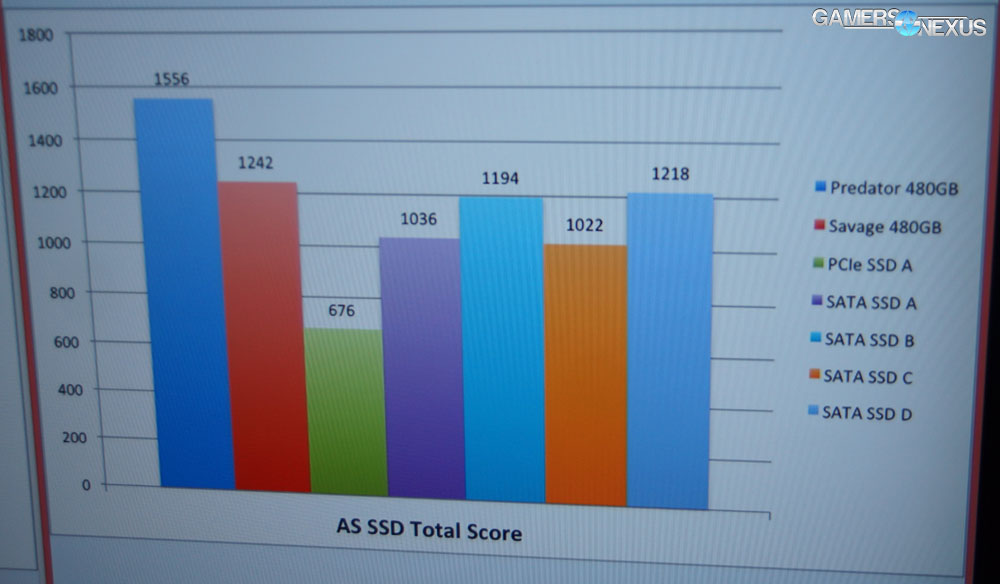 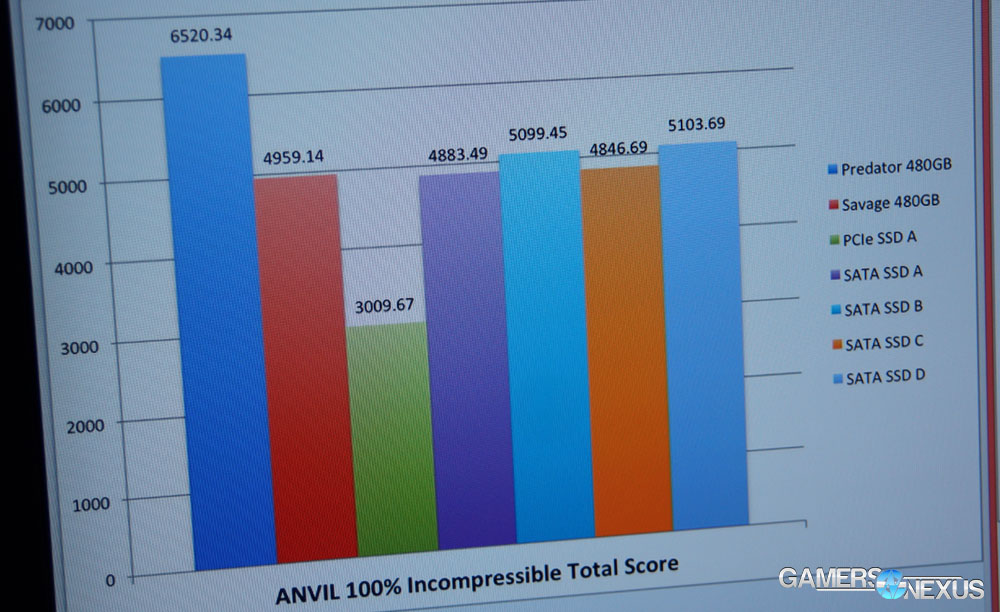 As a side note, the half-height, half-length (HHHL) adapter also ships with both a standard and low-profile slot bracket if you plan to use one of these in a slim case. On a hardware level, the PCIe drive uses the Marvell 88SS9293 controller, meaning Kingston's choice of Toshiba A19nm NAND can finally be more efficiently utilized. Kingston demonstrated that the drives can achieve 1400MB/s read and 1000MB/s write performance on sequential data and approximately 100K/100K Read/Write IOPS on 4K data with 64 threads. One technology that is not included in the Predator is NVMe support. The Predator is built to work with existing OS AHCI drivers with a possible move to implement NVMe when Microsoft improves their support of the technology. The drive is slated for release in February with the 960GB model expected to follow by Q2 2015. There is no MSRP at this point.

The Savage -- which features the new HyperX red-themed colors in anodized finish -- uses the traditional SATA interface and is slated for release in late February, perhaps being delayed into Q2. We expect prices will be similar to those of the HyperX 3K line-up, but could not confirm that information. The drive capacities will mirror the Predator, but one major difference in the Savage series is the choice of controller. Kingston has traditionally gone with a SandForce controller in their HyperX drives, but as is the case in the Savage, there is no SandForce presence. The controller of choice is currently the Phison PS3110-S10, and the speeds produced are the best yet from Kingston on a SATA III interface drive at 560MB/s read and 540MB/s write. Several other SSDs at the show have also made the move to Phison.

We expect the new HyperX drives to follow suit with their predecessors and outperform the listed metrics in real world use. As far as longevity is concerned, the SandForce controller really helped to keep performance numbers consistent throughout the life of the drives, so we'll keep an eye on these as they age. We are excited to see just how far and how fast development will take us now that companies like Kingston, ADATA, and Plextor have made the move to PCIe.