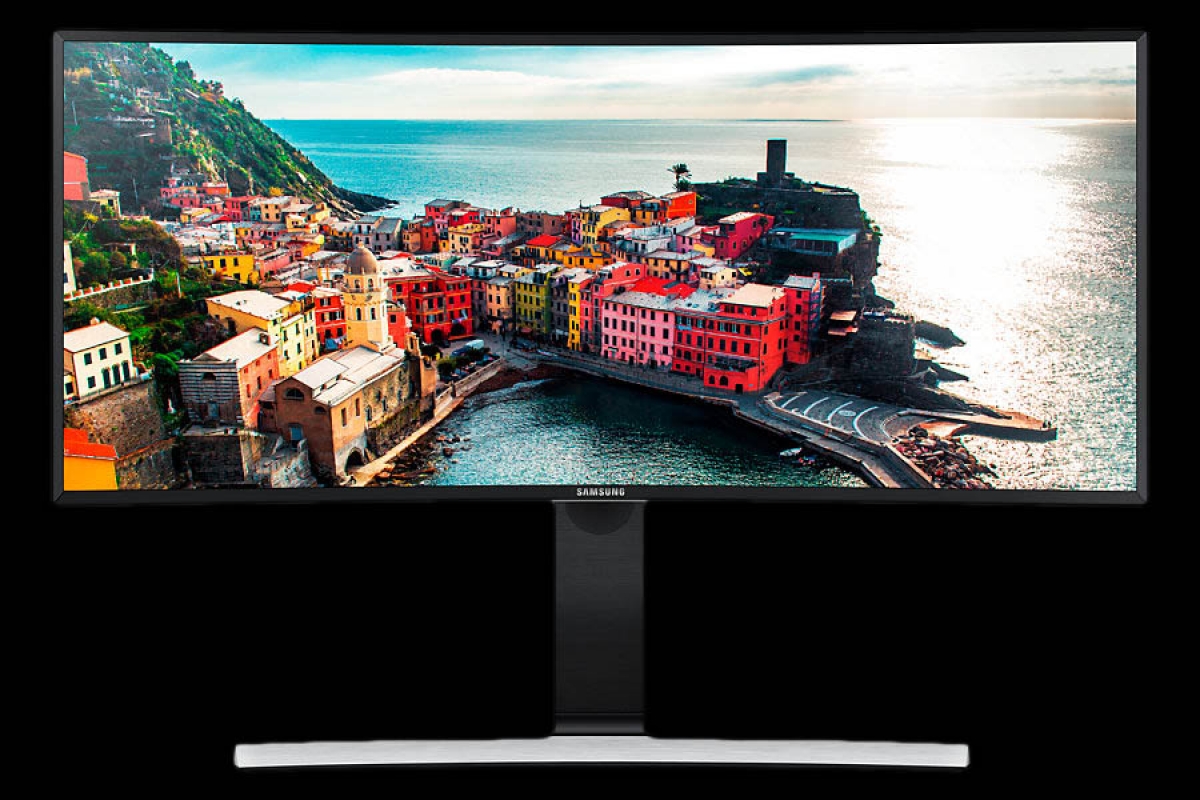 CES has officially ended and the floor was busy. We pushed, elbowed, headbutted, and bit our way through the crowds. Our first destination was Samsung, right in the middle of it all and with their own building-inside-a-building booth construction. After looking around their booth with all the TVs, mobile phone tech, and business options, we managed to find some things that gamers care about.

First, we spoke with the company about their SSDs, which currently carry a heavy focus on their 3D NAND technology that we covered previously; however, there wasn't anything new on the gaming side for SSDs. Samsung did have a new super-light portable SSD (up to 1 TB) that weighs around an ounce, and some impressive Enterprise PCIe SSDs that had great performance numbers for sequential read and write speeds (3,000 MBs and 2,200 MBs, respectively; and 4K random read up to 750,000 IOPS and write up to 185,000), but that really isn't what we focus on here.

After the SSDs, we headed to their computer monitors to see what was being offered. The first monitor we looked at was curved, which is being pushed very heavily this year for most screens. Personally, I haven't felt that a giant TV benefits from being curved as it can limit the viewing experience for people on the sides, yet this isn't the case for single-viewer PC monitors. Typically, only one person is using a computer and a curved display could help increase the immersion, especially on something like a heavily modded New Vegas run through run through. The 34” SE790c is an Ultra-Wide QHD monitor (21:9 aspect ratio) with 16.7 million color support, 4ms response time, 60Hz refresh rate, and it utilizes AMD's FreeSync to help minimize tearing. It comes with 1xDisplay Port 1.2, 2xHDMI 1.4 inputs, and 5xUSB 3.0 ports if desired. It also has one of the most innovative-looking designs for a combined power switch and menu option interface on the back of the monitor, using an iPod-like circle to navigate menus. Sadly, they wouldn't let us play around with it at the booth so I can't say how easy it is to navigate the settings.

The second monitor we looked at was the 28” UE590 UHD monitor. It features the same refresh rate and FreeSync support as above, but drops the response time to only 1ms and ups the color support to 1.0 billion. It doesn't have any USB ports, but has the same 1xDisplay Port 1.2 and jumps to 2xHDMI 2.0 to increase the bandwidth from 10.2Gbps to 18Gbps, which should help take advantage of that massive color spectrum in 4K resolution at 60FPS. Sadly, this monitor comes with a normal menu interface, but it is highly customizable for viewing angle and screen positions, so I'll forgive it for now. It can swivel left to right up to 30*, tilt -5*~+20*, and rotate a full 90*.

The SE790c is available now for around $1200 and the UE590 should be available in March for around $600. They had a 3-screen setup with the SE790c playing a game and it looked like something I would like, but not at that price range. Doubly so as I only have a single GPU, and good as it is, 4K with playable FPS isn't going to happen. Having said that, if you are running a super system with multiple high-end GPUs, this might be worth considering. As for the UE590, I think it is a good price for what it's offering, though keep in mind you will probably be needing multiple GPUs as well for this one.