We’re presently out in the general “California area” – a large, confusing land filled with cars and empty water basins. Consequently, this land also contains hardware manufacturers and system integrators. The trip started with a visit to Kingston, bridged to NZXT, EVGA, iBUYPOWER, CyberPower, and (the lone game developer) Chris Roberts’ Cloud Imperium Games. All that content is forthcoming – but we’re starting with iBUYPOWER.

Our iBUYPOWER tour showcased the company’s new “Smart Lighting” RGB LED setup as deployed in ordered systems, which reminded us a bit of BS Mods’ Rosewill Throne Industrial case. The strips are medium length with just 8 bright LEDs, connecting to a separately-installed LED controller and powered by the PSU. Up to three strips can be installed on the system, allowing for internal and under-glow when desired.

Case modders like BS Mods use something like this – but these require custom cutting and don’t offer software control (though hardware control is possible). We’ve heard rumors that other hardware vendors are also investigating the option of creating a similar Smart Lighting system. This type of hardware is almost always designed and built by a third-party with some marginal level of input from the manufacturer but, in iBUYPOWER’s case, we’re told that everything is in-house. The software, which offers an RGB cube cross-section and breathing controls, is also built in-house by iBUYPOWER. The plan is to iterate the software as users continue to buy the RGB lighting kits. 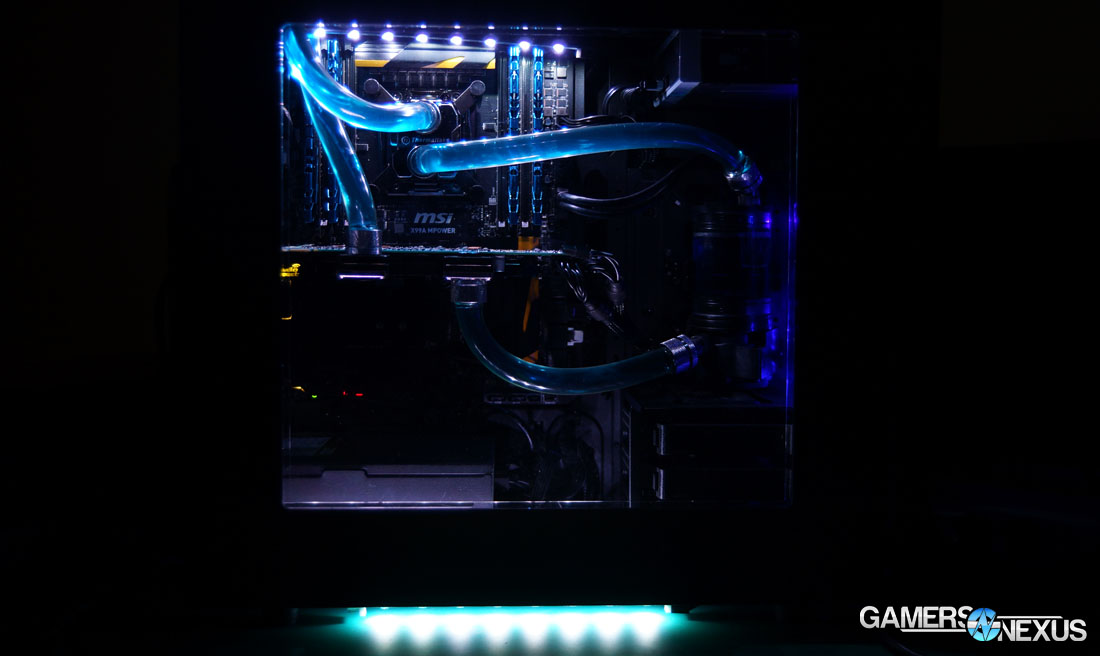 We asked iBUYPOWER whether the Smart Lighting would be available separately for system builders, but were told not to expect it. As it stands now, the company aims to sell the lighting exclusively to its customers seeking pre-built gaming PCs. The lights can be installed in “pretty much any system,” we were told. 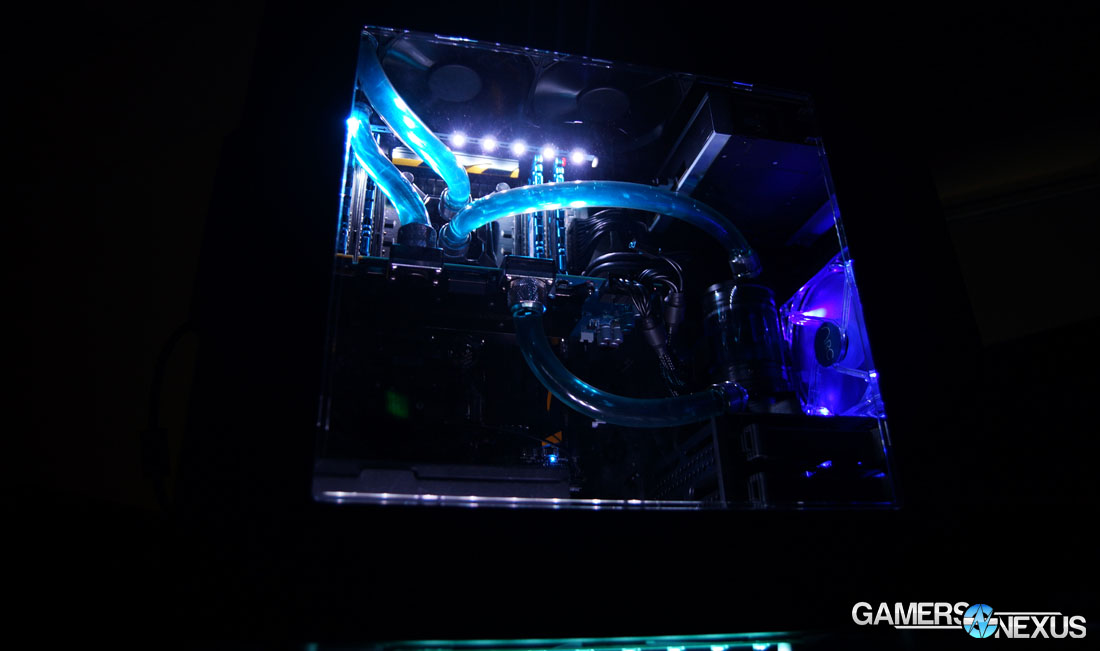 The base kit includes one LED strip and the PCB with the controller for $15. An extra $5 gets you one more strip -- $10 gets two more.

RGB LEDs are a bit of a “thing” right now, following the explosive popularity of RGB keyboards. We anticipate more kits being sold in the near future; hopefully, with some prodding, a few of these kits will come to system builders.