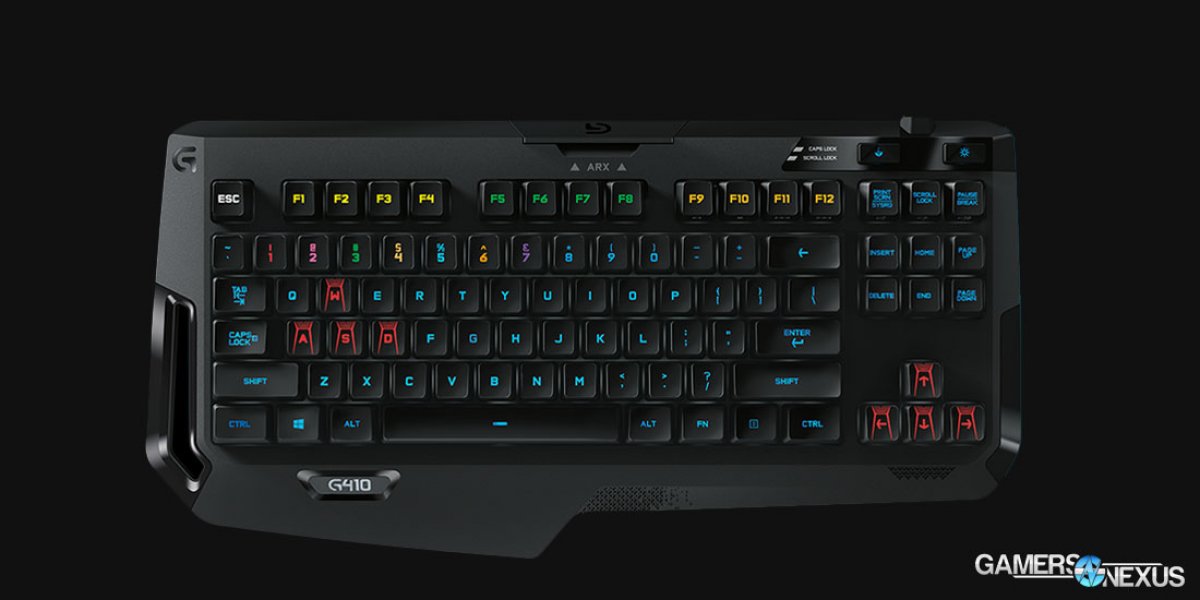 Logitech was one of the first companies to release an RGB keyboard – RGB being a feature that is now present in even headsets – although their implementation is unique due to the use of Logitech- and Omron-designed Romer-G switches. Logitech previously released its RGB G910 keyboard, and the company has just now announced its G410 Atlas Spectrum TKL, the little brother the G910.

The G410 is essentially a tenkeyless (TKL) version of the G910. The TKL design allows for easier portability and the ability to place the mouse more centered. Like the G910, the G410 is RGB programmable and offers lighting integration with certain games (like GTA V). Each key can be set from a palette of 16.8 million colors using Logitech Gaming Software. This can be used to create game-specific and global profiles.

The Logitech G410 has a Logitech G Arx Control dock, which allows for a phone to be seated for use of the Logitech G Arx app to display computer information, such as RAM usage or CPU load. It is important to note that the app is only available for iOS and Android phones, and while the dock will fit most phones, large phones might not fit.

The G410 uses Logitech and Omron designed Romer-G switches. These switches have an actuation point of 1.5mm, higher than Cherry MX switches, so Logitech claims key presses can be up to 25% faster. The larger advantage of these switches is the durability rating of 70 million keystrokes, one of the highest durability ratings for mechanical keyboard switches. The G410 has the standard features of a gaming keyboard, like media control and Game Mode to disable the Windows key. The G410 Atlas Spectrum is essentially a TKL version of the G910 (review here) with a reduced MSRP of $130 – it is, after all, smaller. Both the G410 and the G910 have two-year warranties.

The Logitech G410 is expected to be available in the US and Europe beginning in October 2015.