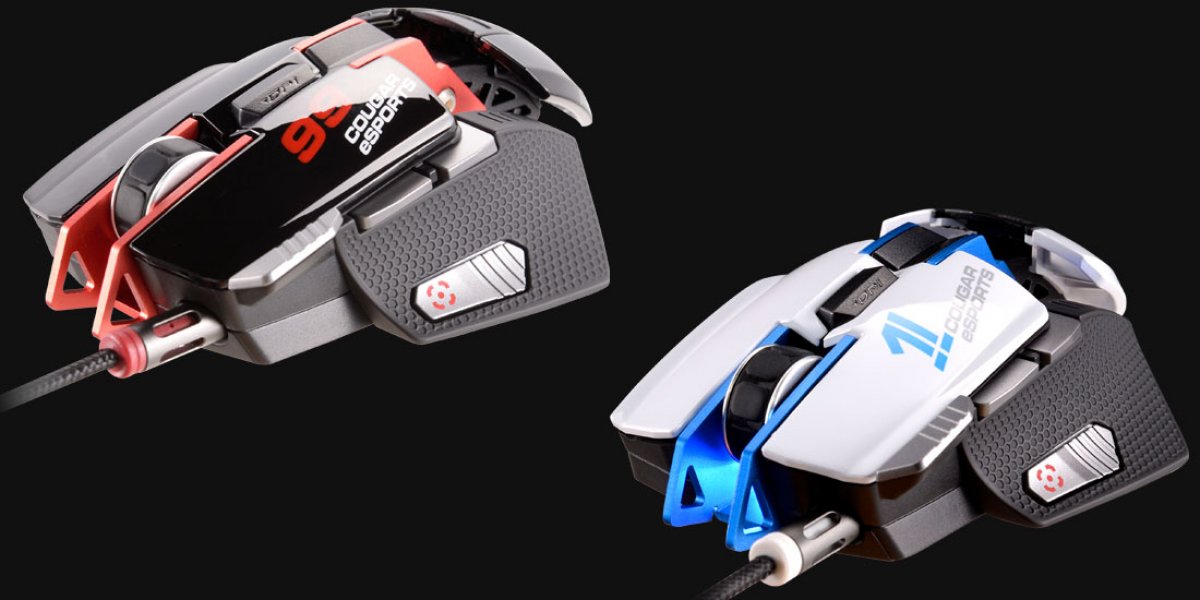 Riding the tide of the growing eSports trend, hardware manufacturer Cougar recently announced its updated 700M gaming mouse. The mouse is a refreshed 700M – released in 2014 – and has been given a fresh coat of paint under the company's “eSports” branding initiative. The company advertises tactility as a primary selling point of the 700M, which uses the somewhat ubiquitous Avago ADNS-9800 sensor.

The ADNS-9800 is capable of tracking at 8200DPI – though that's largely a marketing metric. Greater importance is placed on removing smoothing and acceleration (or speed-related variance) from the sensor; the 9800 has somewhat inconsistent mouse acceleration that can, at times, make the PMW-3310 a more desirable sensor. Gamers most interested in FPS-level pixel accuracy, as desired in CSGO, should pay closest attention to the sensor's impact on precision.

The 700M eSports mouse is identical to the previous 700M, aside from a few updates to the aesthetic. See the images above for that. Cougar notes that its eSports version of the 700M will be sold in limited quantities.

If you're interested in this mouse, check out reviews of the 700M (we did not review the 700M, sadly, but many others have) – it's the same thing, just a new coat of paint. The same positives and negatives will be present.