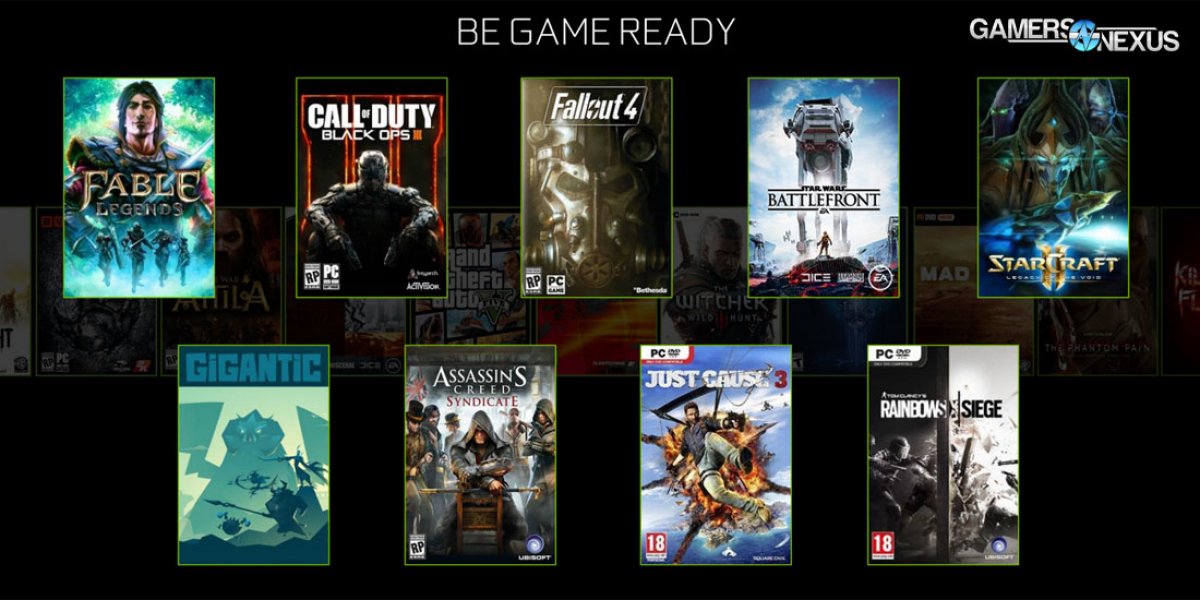 A new GeForce Experience update sees the addition of 4K60 game streaming support, allowing nVidia users to remotely render game content at high native resolutions. Changes to the distribution approach to “Game-Ready” drivers – issued on launch day of popular betas and AAA titles – are also being made with the new GFE update, discussed below.

GeForce Experience is nVidia's software “ecosystem” that handles driver downloads, updates, game optimization, retroactive game capture (ShadowPlay), game streaming and sharing, and more. The service now claims a 65-million user install base, with nVidia noting that “90% or more” of its driver downloads are now distributed directly through the utility. NVidia's strategy is to unify its consumer base under a single application, with the current trajectory aiming to introduce news updates, contests, and giveaways through email newsletters. Long-standing GFE features, namely game optimization and driver notifications, remain a mainstay of the application, greatly aiding usability for gamers who don't necessarily check for drivers with each game release.

Today's update isn't that massive. A few upgrades have been made to the software, namely some improvements to the streaming & sharing functionality we posted last month, but it's business as usual otherwise. The most tangible feature added with this update is the ability to stream games at 4K, 60FPS over the “GameStream” service, which requires a pair of Big GPUs and a 4K-ready display. Twitch and YouTube streaming now allows 60FPS broadcast as well, a noteworthy addition, and is in-line with nVidia's steady ramping of live streaming support.

For users who don't care much about the streaming functionality, the biggest change in today's GFE update comes in the form of driver distribution. As of today, nVidia will no longer host “Game-Ready” drivers on its GeForce.com and nVidia websites, now distributing them exclusively to GFE users registered to an email list. As it stands currently, the official websites are updated with each major game launch – that's going to be at least three in November, with potential for more – to reflect day-one drivers for the titles; nVidia hopes its change will limit confusion for more casual users of the company's hardware. 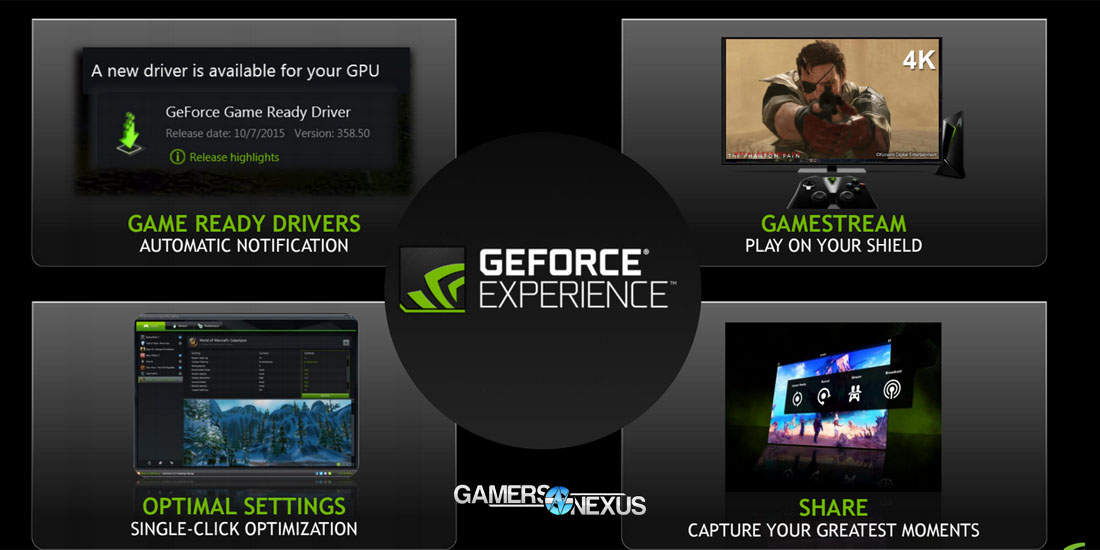 Going forward, users who demand day-one game drivers will need GeForce Experience installed and an email registered, at which point the day-one drivers will be distributed through the software. All “Game-Ready” drivers will remain WHQL-certified by Microsoft.

Users of a more casual variety – those who might not want driver update notifications every week of November – will be switched-over to a quarterly or semi-quarterly update. These driver updates will contain the usual security patches, bug fixes, and will contain all game-ready drivers up until that point.

We're told that the email lists will be used to keep users up-to-date on product news, driver updates, contests, and giveaways. Users who wish to opt-out may do so, but -- based on our current understanding -- doing so also forgoes access to day-one drivers.

Really, the "TLDR" of all this is thus: Sign-up for the email list if you want day-one drivers for major games, opt-out if you don't care, and keep an eye out for 4K60 GameStream, 1080p60 YouTube & Twitch streaming through the GFE beta.