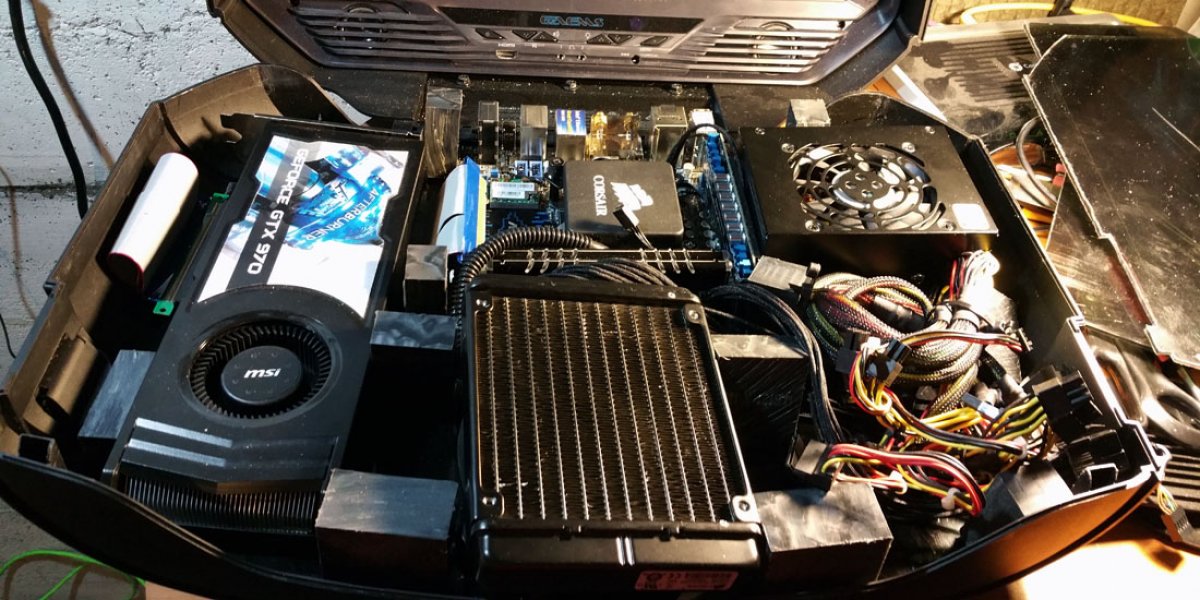 The GAEMS Vanguard is a preexisting case designed for transporting consoles--you just pop a console into the bottom compartment, hook it up to the built-in 1366x768 screen via HDMI, and plug the whole thing into a wall outlet. This has obvious advantages for gamers in the military or on vacation, but isn't much use to PC gamers anywhere.

That changed when Falcone decided to jam a whole gaming PC into the case--impressive, given that it's less than 20" wide. This was accomplished with an ASUS mITX motherboard, a tiny, 450W Silverstone PSU, and some very creative arrangement. The system is protected by three perforated acrylic plates (for now), giving it a strong George Foreman Grill vibe. 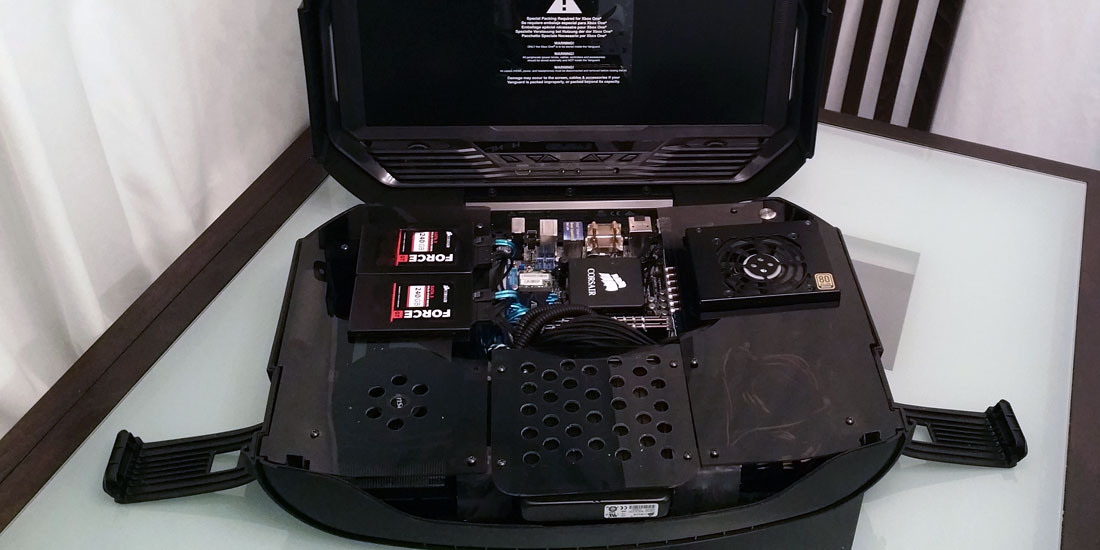 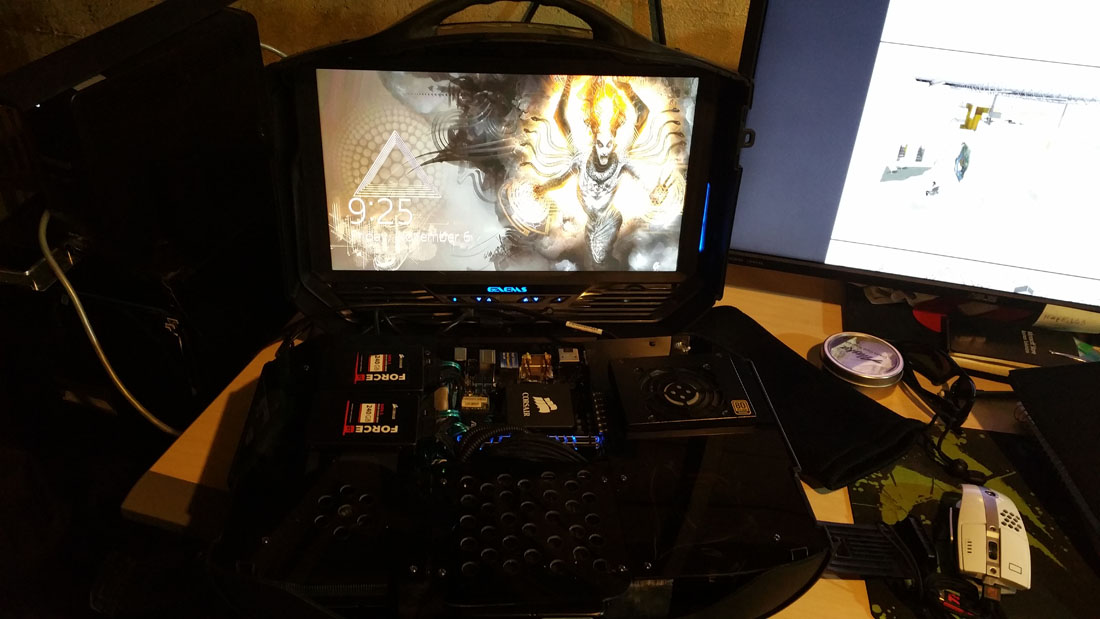 In the upcoming second version, the three acrylic plates will be replaced with a single piece, and the PSU will be replaced--possibly along with the motherboard and SSDs. So, then, half of the build. This is the Vanguard PC's main advantage over gaming laptops: everything except the screen is an easily-replaceable, off-the-shelf part. Whether GAEMS takes the hint or not, there's no doubt this would be an impressive piece of hardware to bring to the LAN event or PAX-like BYOC convention.