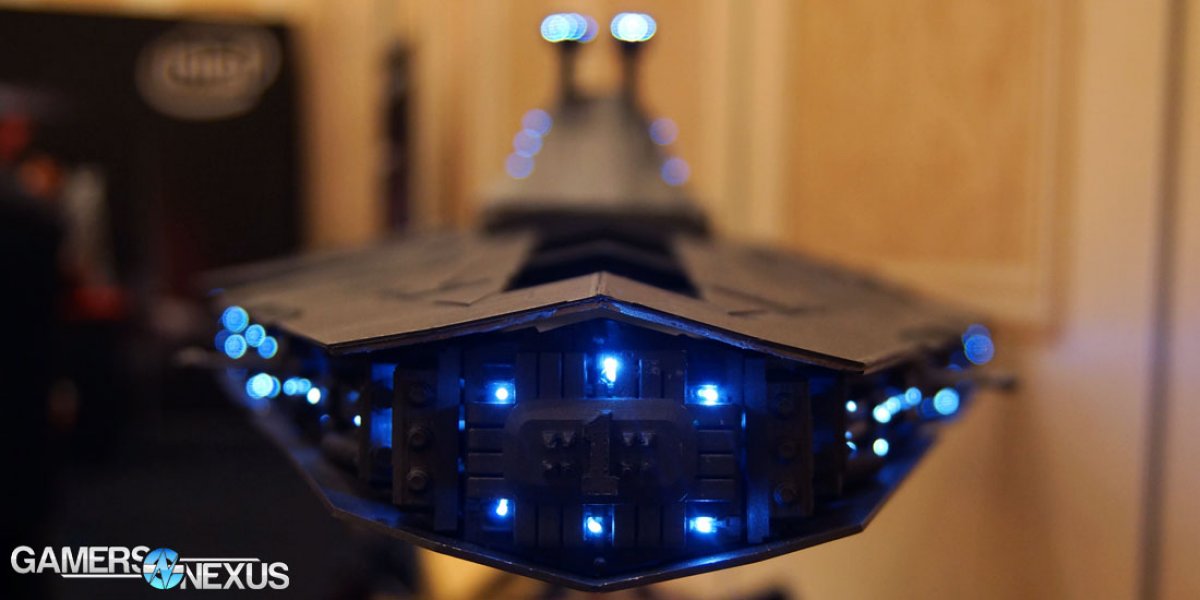 Velden tells us that the Destroyer took somewhere around 400 hours to complete, 250 of which were used strictly for material fabrication, and that he worked alone on the project. The system houses an i5-6600K atop the MSI B150M Mortar motherboard, accompanied by an MSI 780 Ti Lightning, Avexir Blitz DDR4 RAM, an Intel 750 SSD, and liquid cooling from Thermaltake and EKWB.

Component layout uniquely fills the Destroyer’s shape. The power supply (Thermaltake Toughpower 1200 Grand) is mounted toward the rear of the ‘case,’ just above the ship’s engines. Beneath the PSU, glass exposed openly, is the system’s liquid reservoir as encased by engine housing for the Destroyer – a full, thematic integration of components and source material. 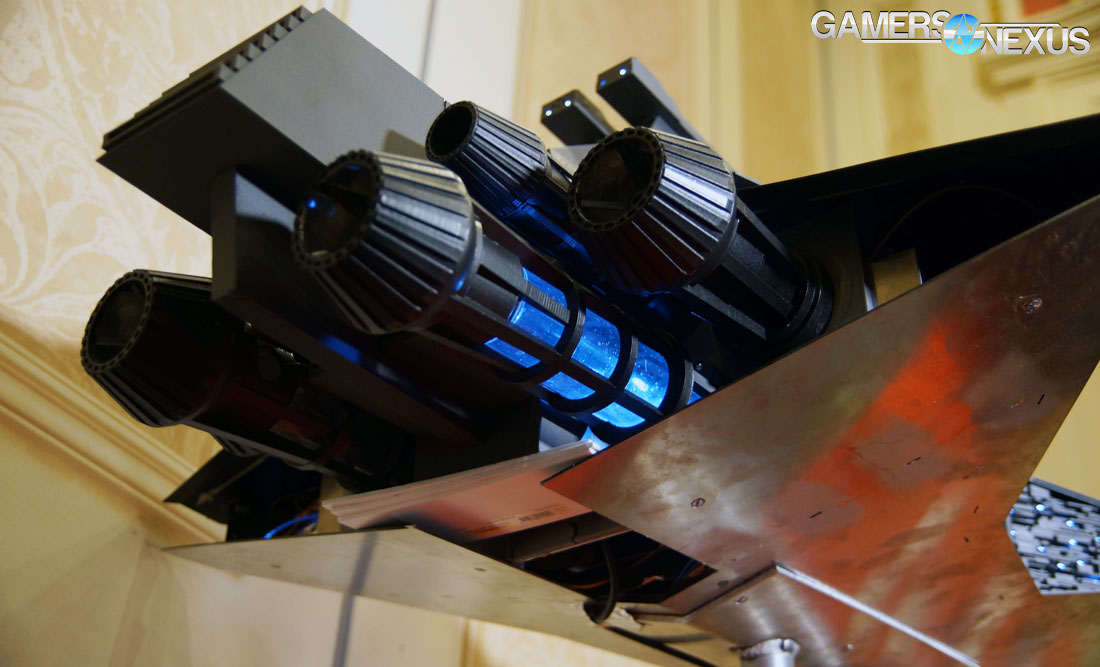 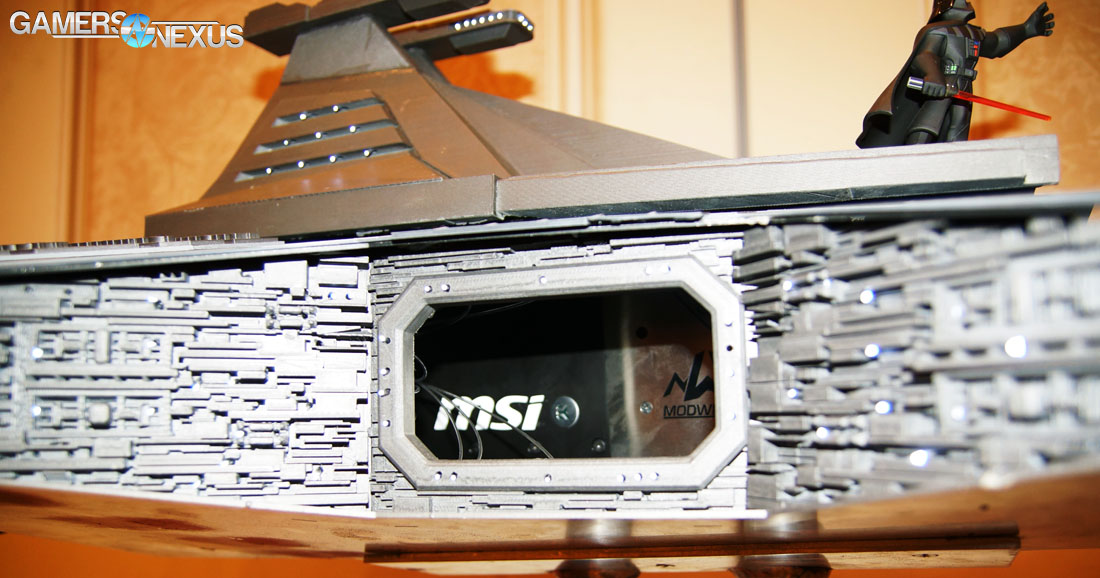 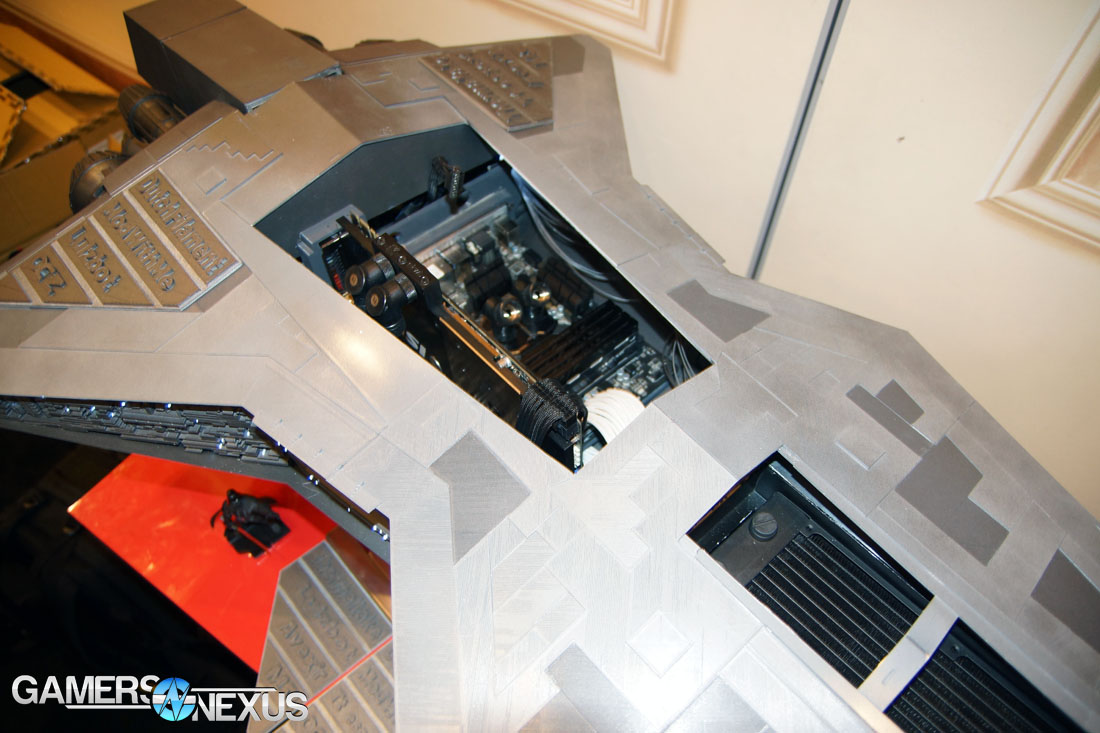 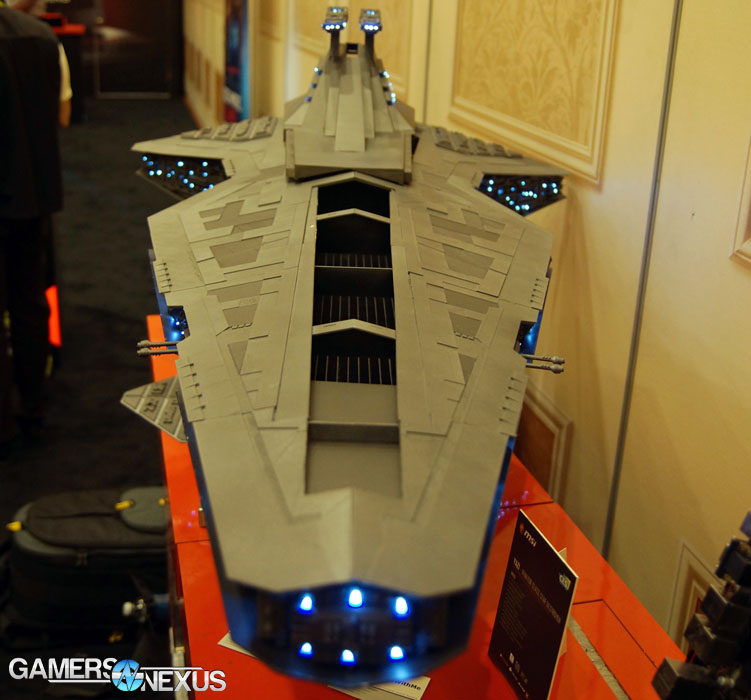 Check the above video for a first-hand look at Velden’s reimagining of the Star Wars universe’s iconic Destroyer.