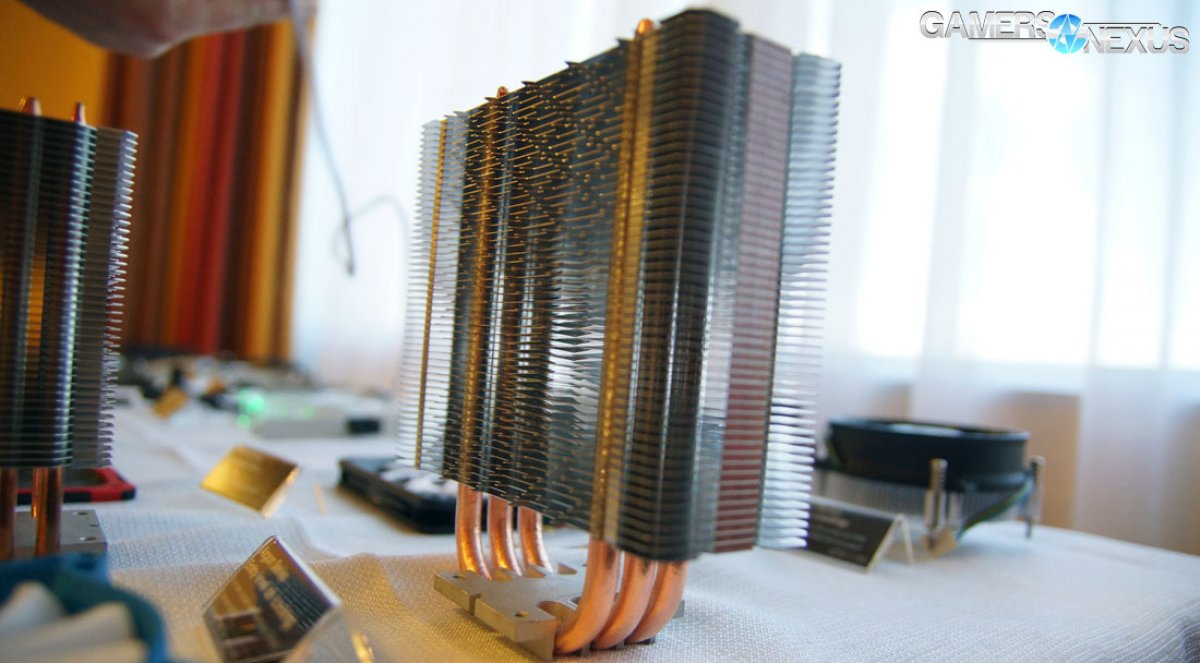 SilverStone’s CES 2016 product arrangement illustrated the company’s preference shown toward function. The company’s cases largely consisted of improvements upon existing designs – like the SFF Raven series – with one new mid-tower landing at the ~$60 price-point.

The SilverStone RL-05-B is progressing through final prototyping stages and will enter market availability shortly. SilverStone’s annual cooler showcase had thinner pickings than usually, but still had a set of four CPU coolers that we briefly discussed on camera.

Everyone’s got some $60-$70 mid-tower with PSU shroud this year. NZXT’s H440 did it first, shrinking down to the S340, and now Corsair (400C), Phanteks (P400), and SilverStone (RL-05-B) are following. SilverStone’s RL-05-B uses stamped steel paneling with a steel PSU shroud – a major improvement over the plastic used by some competing options.

The enclosure currently houses 2x 140mm front fans, space for a rear exhaust fan in standard intake/exhaust dynamic, and the dummy even had a mini HDD fan, but that won’t make it into the production model. The top panel is unventilated metal and thus supports no fans. Rear and front radiators can mount in the RL-05-B, but we’ve made some suggestions to SilverStone to accommodate 280mm radiators, should support thereof be interesting to the company. 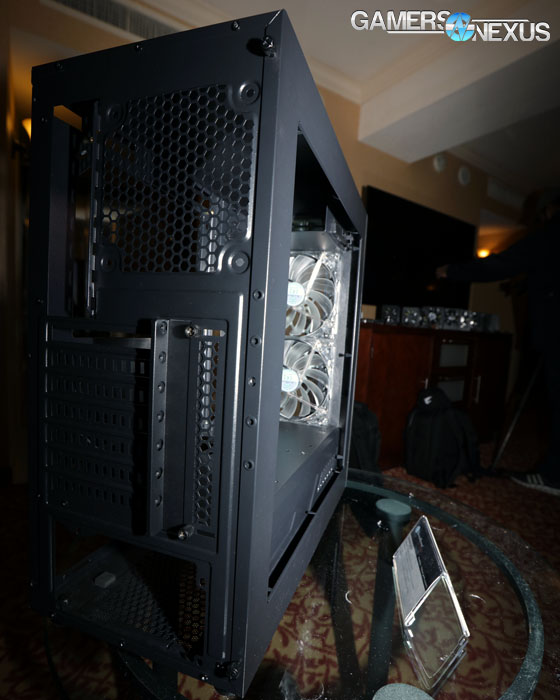 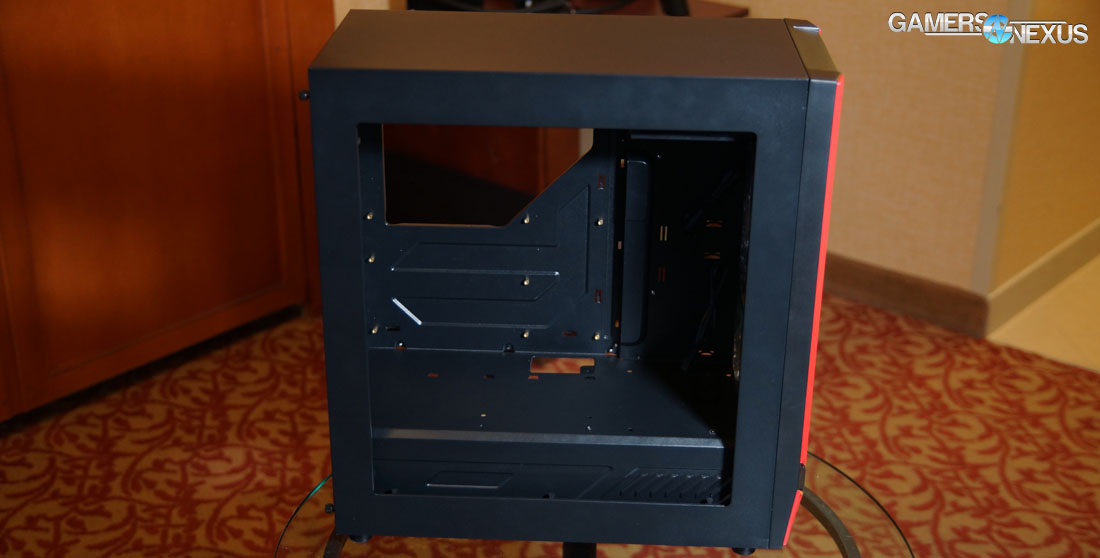 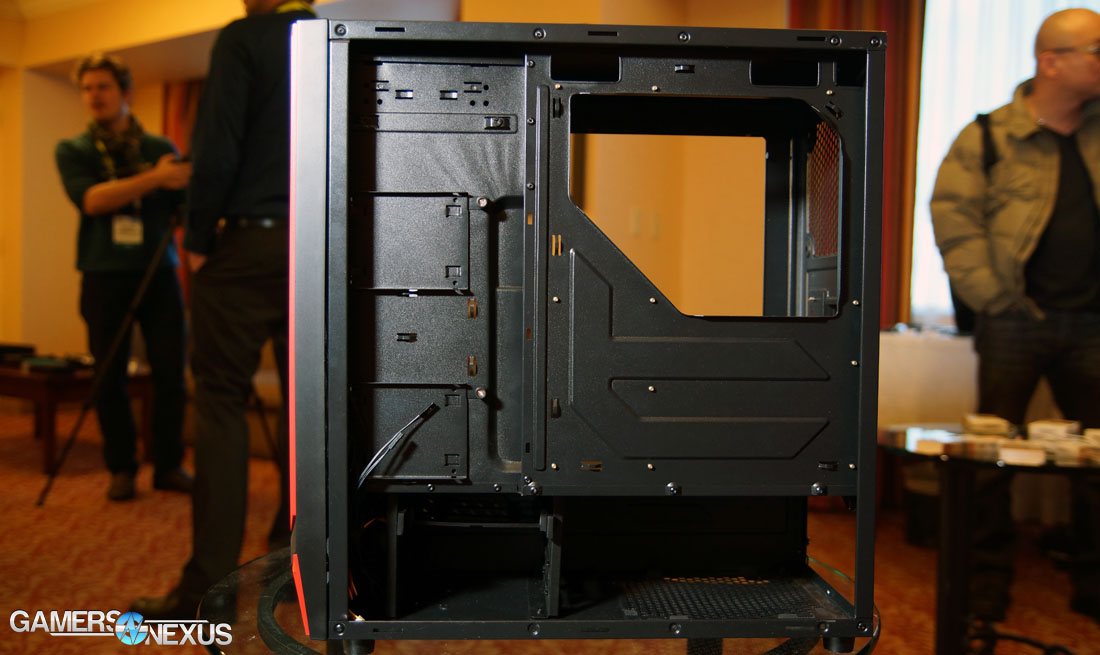 3x 3.5” HDDs can be installed in the bottom of the RL-05, front-side, with 2x 2.5” SSD slots above these. There may be a bit of a concern with PSU cabling for non-modular power supplies in this case – which a reasonable percentage of buyers would be using, given the price – as the shroud and drive cages block cable storage. The case isn’t finished yet, so it may be that SilverStone addresses this before launch.

SilverStone’s AR line of CPU coolers relies on tried-and-true air, and we’ve previously posted positive reviews of the AR01 LGA115X coolers. The line continues and is refreshed with the AR07 and AR08. The larger of the two is the AR07, a successor to the AR01 with increased fan size. The AR07 moves to a 140mm fan and is 159mm tall, an upgrade over the 120mm fan of the AR01. The AR08 is a 92mm cooler with the same fin design. Both coolers use diamond edge fins for turbulence management and assistance in cooling the heatpipes to improve phase change efficiency. 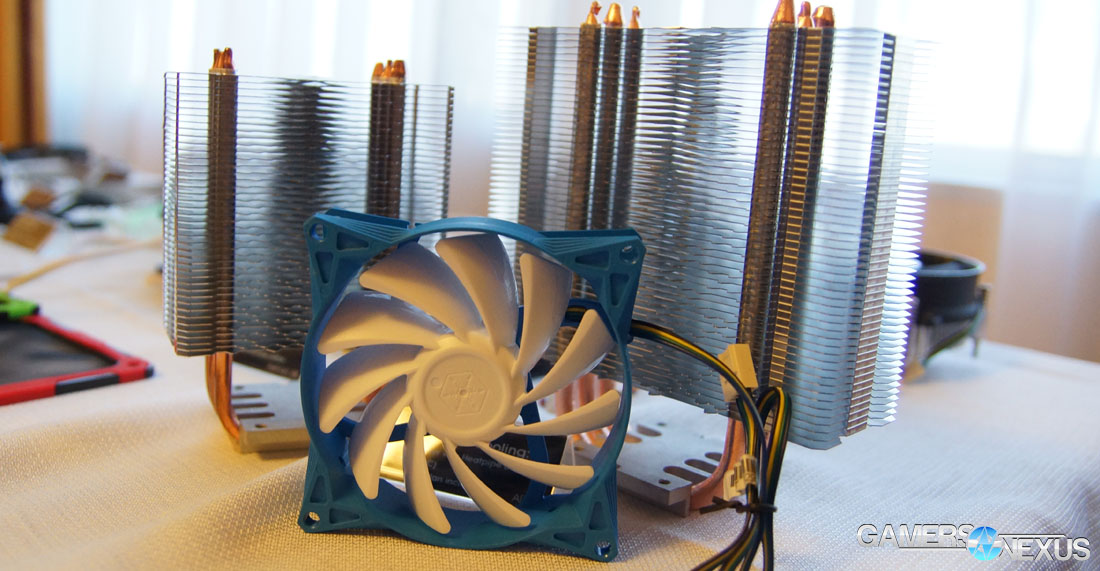 More on these coolers in the video above, or read our AR01 review.