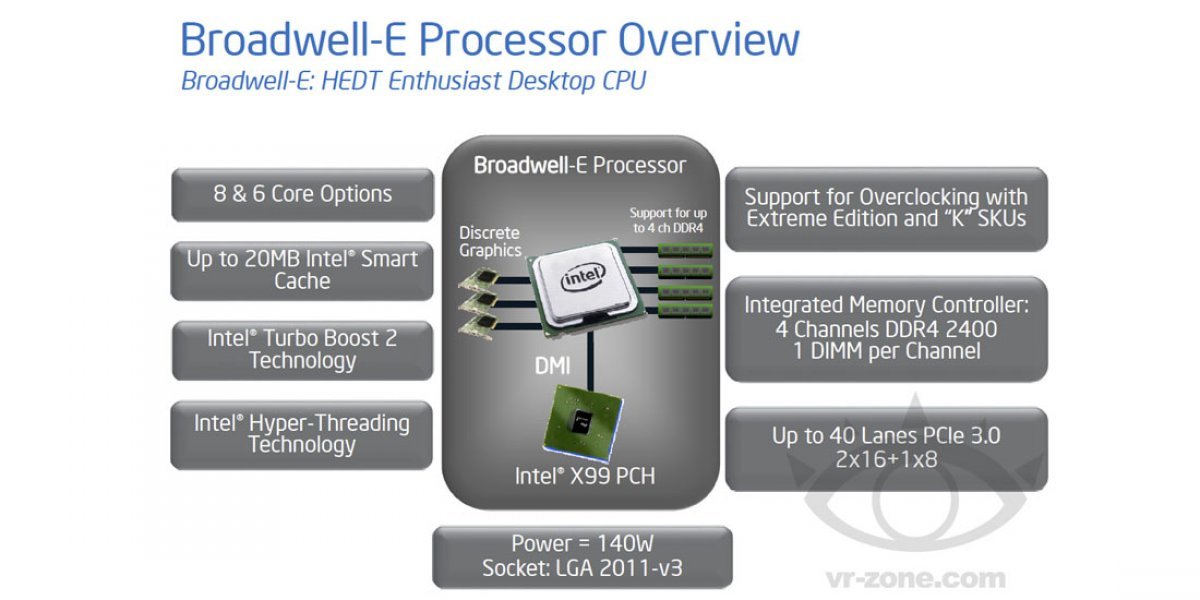 As for other chips, the Core i7-6900K will be one of the highest-end, non-X-class (Extreme) parts with eight cores and sixteen threads. We previously posted a specifications leak of the Intel i7-6950X, 6900K, 6850K, and 6800K; the specs table is reproduced below.

Note that these specifications are not official from Intel and could still prove inaccurate. As of now, the 6950X specs have thus far proven correct, as validated by ASRock.