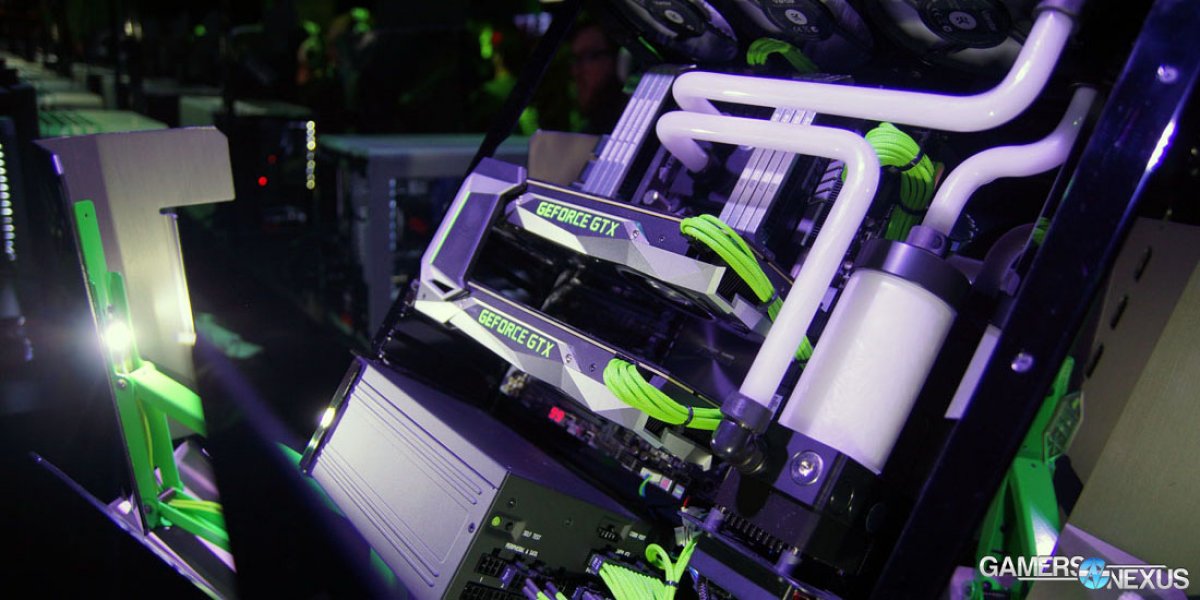 NVidia's bombastic GTX 1080 & GTX 1070 release signified the shift from “Reference” card nomenclature to one more fitting of a Kickstarter campaign, branding its $700 version of the 1080 the “Founder's Edition.” In our ensuing video coverage of the card, viewer comments indicated a clear disconnect with nVidia's intentions regarding the “Founder's Edition” GPU, its differences between the “normal” GTX 1080, and the GTX 1080s from add-in board partners. We're here to demystify that.

NVidia CEO Jen-Hsun Huang hosted the official GTX 1080 ($700) unveil. On stage, Huang indicated – whether intentional or not – that a few different versions of the “reference” GTX 1080 would ship. The price structure was a markedly affordable $600 MSRP for the GTX 1080, or $700 for the GTX 1080 Founder's Edition (or “Legendary Edition,” as we've taken to calling it). Based upon the stage presentation, the Founder's Edition also carried with it a mark of higher overclocking support.

We've learned that's not quite how it works. Here's the deal, plain-and-clear:

That stated, let's talk about the cheaper MSRP models.

This is, in our analysis of the situation, nVidia's way of avoiding competing with its own partners in the space. The Founder's Edition will cost $700. The MSRP is $600 – so vendors like MSI, EVGA, ASUS, et al. can enter market with cards cheaper than nVidia's own, throw their own coolers on them, and overclock them differently. The vendors will exercise similar control and design/engineering over their versions of the GTX 1000 series as with previous generations. Also as with previous generations, nVidia's version of the card (now "Founder's Edition") uses heavy materials that can run-up the cost. That metal shroud will run-up the BOM more than a plastic shroud from an AIB.

NVidia wanted to land at the center of the stack, providing room for vendors to undercut nVidia reference – err, “Founder's Edition” – prices, but also allowing room for higher-end cards >$700. Drawing parallels to the GTX 900 series, a higher-priced card might be something like EVGA's GTX 980 Ti Hybrid, which ran ~$750-$770 at first launch. This was a marked increase against the MSRP of $650, but offered features which helped carve its own price bracket.

That's it. That's all there is to this. The short of it really boils down to one thing:

There is one card from nVidia, as usual. There is no non-Founder's Edition card directly sold by nVidia, but there will be AIB cards shortly after the May 27 launch date.