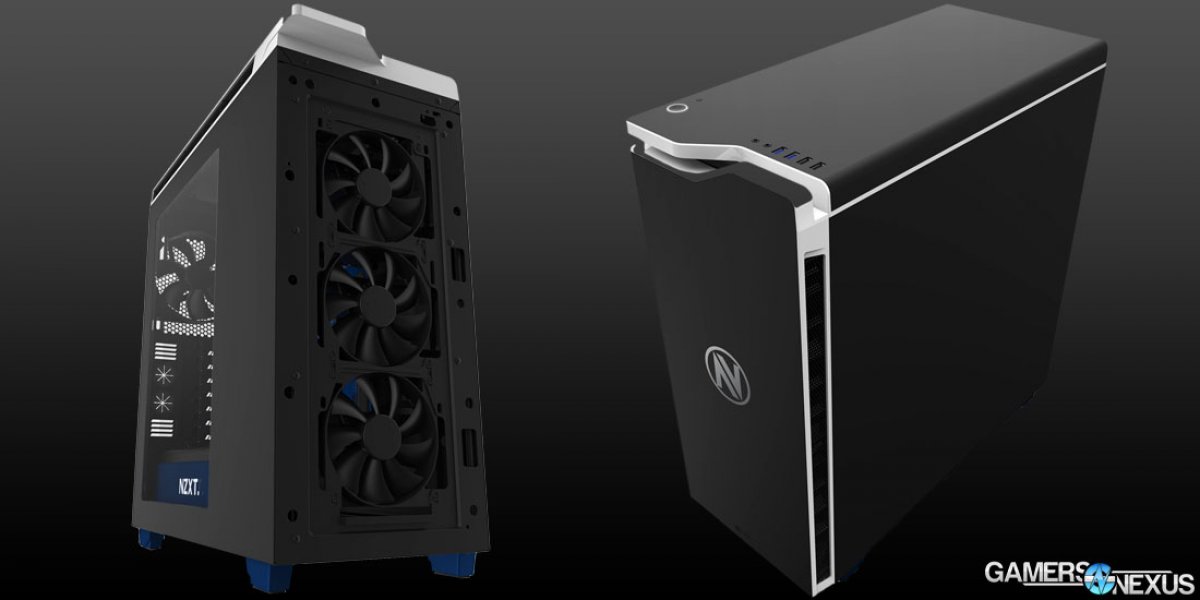 The “EnVyUs” edition of the case keeps the updates from the previous refresh, but adds branding for the eSports team. The case is branded front-and-center with the EnVyUs logo and colors its PSU shroud in a dark blue, matching the team's colors. NZXT says that the cases uses the same blue (“#BoysInBlue”) that EnVyUs officially deploys.

NZXT has previously partnered its H440 with Razer, resulting in an upscaled price but the addition of some green LEDs and coloration not available otherwise.

The H440 EnVyUs retails at $140 MSRP, which is higher than the current price of the H440 STEEL, but will likely fall slightly in price as the case hits the market.