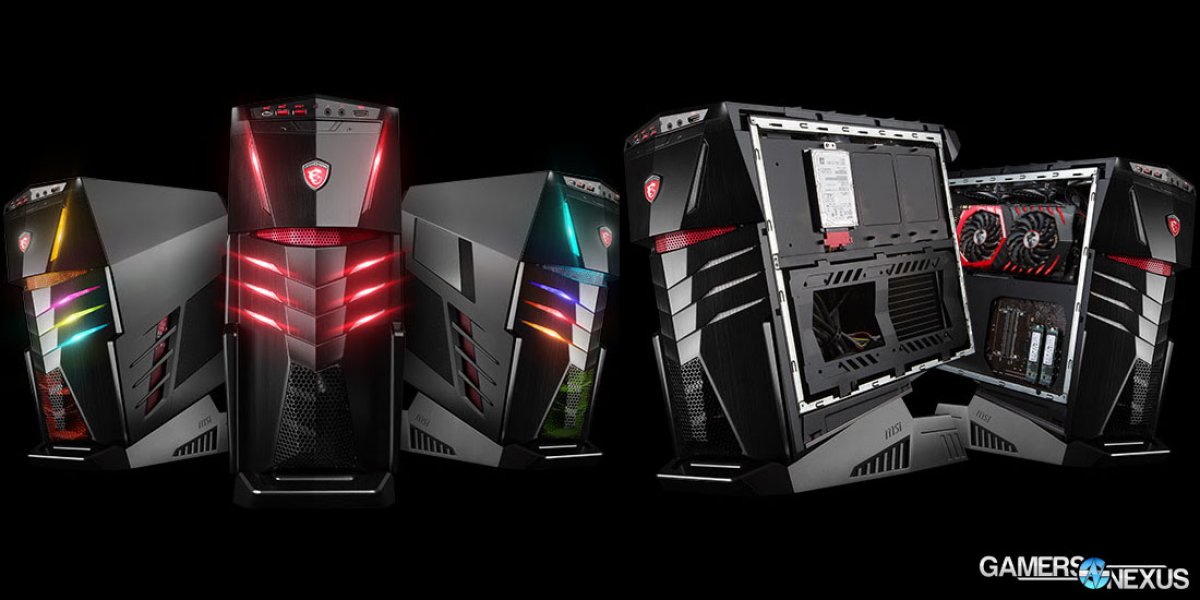 Back in April, we were at PAX East where MSI showed off its barebones Aegis PC. The MSI Aegis barebones PC runs $400 and comes with a case, a 600W 80 Plus Silver PSU, a B150 motherboard, and a CPU cooler which features a custom blower fan. The Aegis barebones PC has you bring your own RAM, CPU, storage, and GPU to the party, so the Aegis Ti is very different being a fully built system out of the box.

Unfortunately, we don’t have word on the price of the Aegis Ti. In terms of parts, we’re probably looking at $3000 for one of these rigs. We’ve seen other manufacturers come out with gaming PCs this year from ASUS and Lenovo. It will be interesting to see where each company plans to price their custom high-end PCs and if they can compete with DIY prices.