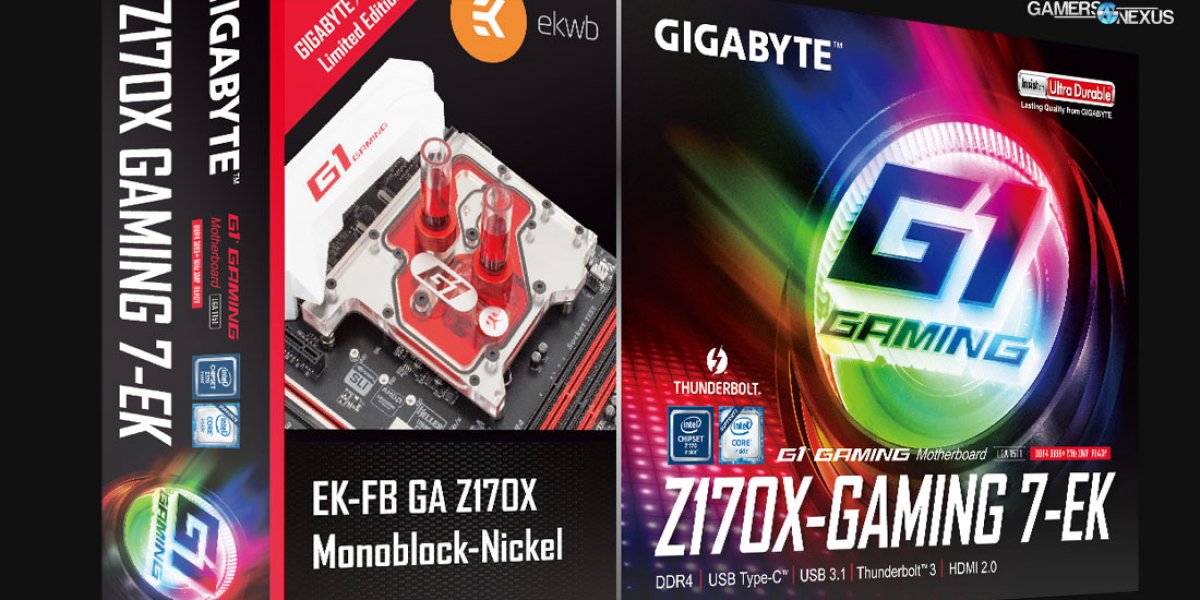 Gigabyte and EKWB will be launching limited-time bundles of their new waterblocks and motherboards. The EK-FB GA-Z170X Monoblock will be sold along with the Z170X-GAMING 7-EK motherboard, and the X99-ULTRA GAMING-EK will be bundled with EK-Supremacy EVO X99 monoblock.

For those only interested in the waterblock, the EK-FB GA Z170X Monoblock is a nickel-plated block with a clear acrylic shroud that has the Gigabyte logo engraved on it. The EK-FB GA Z170X alone is $137 on the EKWB website.

The EK-Supremacy EVO X99 monoblock is available on the EKWB website for $68. This waterblock only cools the CPU and not the MOSFETS, hence the lower price.

We got to look at these some Gigabyte motherboards back in April when we were at PAX 2016. Both boards have seen their specifications changed since we last saw them. The X99-ULTRA GAMING-EK features two PCIe x16 slots, two PCIe x8 slots, and two USB 3.1 ports. It also sports six SATA III connectors, one U.2 connector, and one M.2 connector. And as seems to always be the case with high-end components these days, it also is decorated with RGB lights.

The specifications of the Z170X-GAMING 7-EK differ from the X99 EK motherboard beyond the chipset change. The Z170X hosts two M.2 connectors, two USB 3.1 ports, and six SATA III connectors. The board has one PCIe x16 slot, one PCIe x8 slot, and one PCIe x4 slot.

We know that there will be motherboard waterblock bundles between Gigabyte and EKWB, but we have yet to see them hit the market. The prices of the blocks are known, but we also do not know how much the motherboards will cost versus the non-combo variants. We’ll let you know if we hear anything about where to buy these board and waterblock combos.