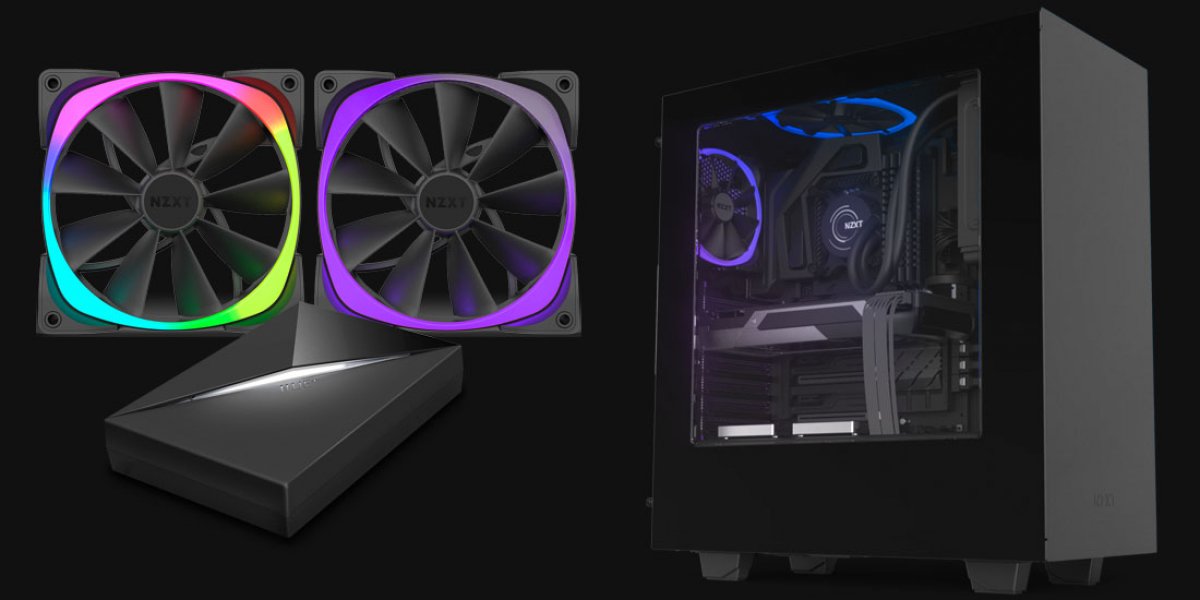 Right now, we really only have the name – X370 – and the specs of the lower end chipsets that will be used with the upcoming SoCs.

Here's the script for the rest of the news:

NZXT's new Aer series fans enter the company into the RGB fan arena, where it'll primarily compete with incumbents Thermaltake and Corsair. The Aer fans are PWM enabled and pair with the HUE+ for customizable RGB LED control, including daisy-chains of fans to group units together in their RGB functions.

The fans are available at $30 apiece for the 120mm models, or $35 for the 140mm models, putting NZXT close in price to Corsair's RGB fans. Bundle packs are available with a HUE+ and two fans for $80 to $90. The Aer fans will begin shipping in October.

The Rosewill Cullinan case that we saw at Computex is available as of today, in theory, and our review will be live in the immediate future. This is one of the many cases along the front edge of 2016's tempered glass trend, and uses 4mm thick glass on the left and right panels, with tinted tempered glass also covering the front intake. There's about an inch of distance between the front glass and the chassis, allowing intake through the sides of the case as is done with most modern, flat front cases – the 400C, 600C, and S340 included.

From what we've looked at so far, the Cullinan is the most promising case that Rosewill has made since its R5 from several years ago, something we'll explain more in our review. The street price is expected at $150, though MSRP is $180. Shipping should begin within the next week or two. Wait for our review before making any decisions, though.

Cooler Master also just announced its MasterCase Pro 3, a Micro-ATX version of the MasterCase 5 that's most marketed for its modularity.

The MasterCase Pro 3 uses thumbscrews to secure mounting hardware to the chassis frame, including radiator mounts for the top and front and drive cages scattered around the case. Accessories and modular kits are sold separately, for further modification of cases, though the base unit should sell for around $100.

The unit includes two 140mm fans at 1200RPM, front and rear, and can fit radiators up to 280mm in size. Eight total hard drives and five total fans can fit within the micro-ATX enclosure, with the PSU partitioned in to a lower compartment alongside the drives.