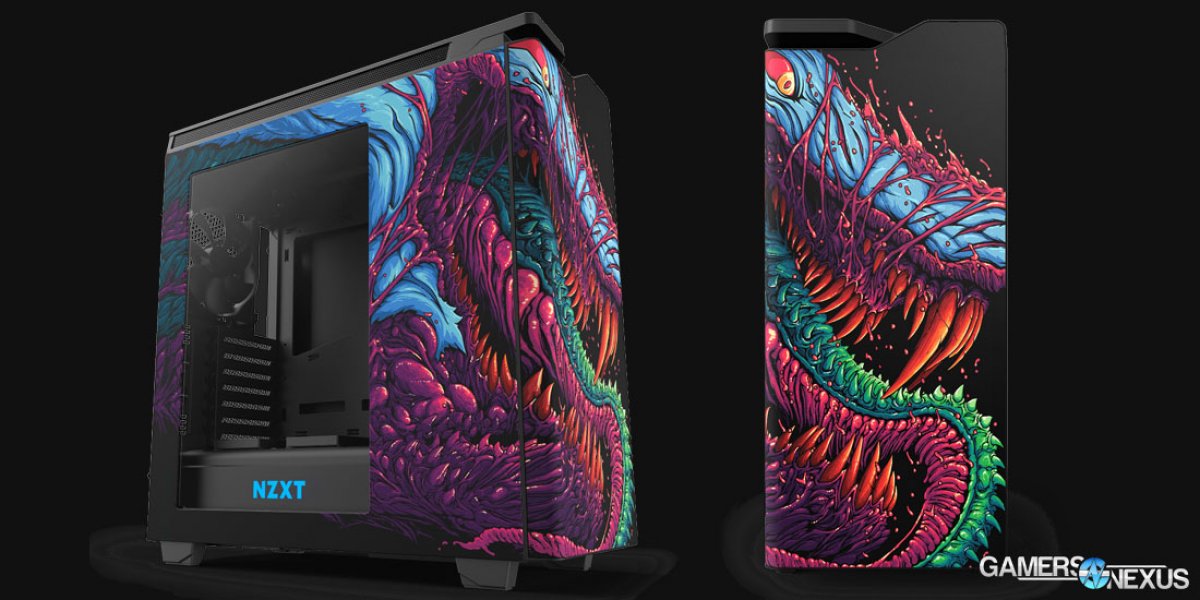 NZXT's H440 came out a few years ago to critical acclaim, including kind words from our own site, and has stuck around since. The case has been rehashed a few times since launch, including an H440v2 iteration (which Newegg calls "H440 Steel") that marginally increased the gap between mesh side panels and the chassis, improving airflow. The case has also been sold with Razer's branding and green underglow LEDs and with an eSports finish.

And it's being re-re-refreshed again today, with a new "Hyper Beast" skin, as sourced from CSGO's M4A1-S. The H440 Hyper Beast edition is going for maximum cheese by limiting its production run to 1337 units, each numbered with a badge. Unit #1337, of course, would be the one to want.

The H440 Hyper Beast will sell for $200 USD/Euro, marking it approximately $80 more than the H440v2, ~$70 more than the Razer H440, and ~$60 more than the EnVyUs H440. That's a big stack of mostly-the-same products, but if you care more about one color scheme than the other, NZXT's got the options. This sort of fits with the company's new Kraken units, too, which run about $50 more than comparable liquid coolers, but make the addition of controllable RGB LED pump plates.

The Hyper Beast will be available on NZXT's web store at some point. Around late November in the US, we're told, or early December in Europe. We're not sure if the unit will be sold through normal retail channels.

Specs remain the same as every other recent H440. It's just the paint job that changes.